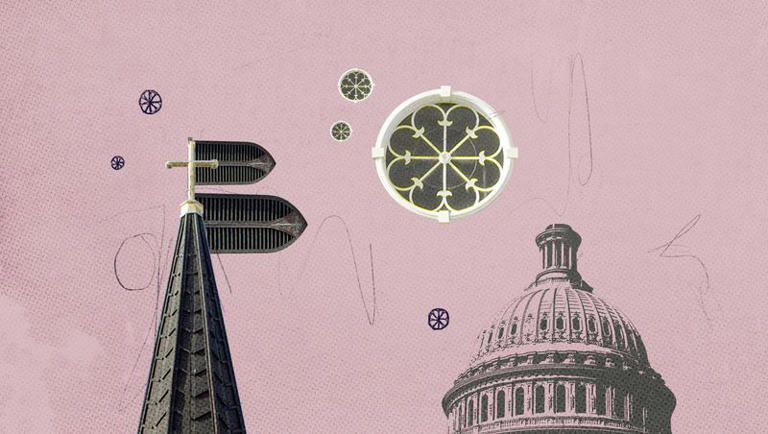 On Monday night, the Respect for Marriage Act moved a step closer toward passage, as the Senate voted 61-35 in favor of a religious freedom and conscience amendment. Other proposed amendments related to religious liberty will receive votes on Tuesday afternoon after which a final vote on the bill is expected.

The overall aim of the Respect for Marriage Act is simple: codify same-sex marriage into federal law without harming religious freedom. But to understand why the religious freedom amendments are important requires a more careful review of the statutory language — as well as some historical context.

It was June 26, 2015. The highest court in the land handed down its ruling in Obergefell v. Hodges, legalizing same-sex marriage throughout the country. For many Americans, particularly those in the gay community, it was a moment of triumph and celebration.

But for proponents of traditional marriage — particularly, those with sincerely held religious beliefs — it was a moment of uncertainty.

As conservative commentator David French recently put it: “By 2015 … I had reason to believe that Christian believers who shared my views of marriage would be treated as the equivalent of white supremacists.” French wrote elsewhere that religious people worried the law would “strip me of my religious freedom. It could destroy the school where I educate my kids, and it could damage the institutions that represent and advance my core values and deepest beliefs.”

So what drove this apprehension?

Part of it was rooted in a notable exchange between Justice Samuel Alito and then-solicitor general Donald B. Verrilli Jr. during oral arguments in the Obergefell case:

In other words, Obergefell set up a conflict between LGBTQ rights and First Amendment freedoms. And, soon enough, deciding the cases emerging from the conflict became something of an annual Supreme Court ritual. The court issued post-Obergefell decisions that both expanded LGBTQ rights in employment (per the Bostock decision) and clarified the rights of religious individuals (see Masterpiece Cakeshop) as well as religious institutions in making make employment decisions in accordance with their faith traditions (per Our Lady of Guadalupe School v. Morrissey-Berru).

But the Supreme Court, by its own admission, isn’t suited to the kind of legislative balancing or give-and-take required for more sustainable policy solutions. Case-by-case rulings are typically narrowly tailored and only deal with the facts presented.

Enter the Respect for Marriage Act.

After watching the court overturn Roe v. Wade, LGBTQ advocates believe it’s important to codify the 2015 Obergefell ruling into federal law in the unlikely event the court overturned it. The Respect for Marriage Act would effectively do just that.

But for many religious freedom advocates, there are other reasons to hope for the passage of the Respect for Marriage Act since it would also codify into federal law some of the most robust religious liberty protections in a generation. It would add new language to federal law guarding against threats to the tax-exempt status of traditional religious institutions and attempts to force religious institutions to perform or accommodate marriages that violate their own religious teachings.

Below is some of the relevant language:

SEC. 6. NO IMPACT ON RELIGIOUS LIBERTY AND CONSCIENCE.

(a) IN GENERAL. — Nothing in this Act, or any amendment made by this Act, shall be construed to diminish or abrogate a religious liberty or conscience protection otherwise available to an individual or organization under the Constitution of the United States or Federal law.

In other words, this act does not curtail the religious freedoms already provided under the Constitution and federal law. This may seem like a yawn, but in fact it’s important for reaffirming the religious freedom protections applicable under the Religious Freedom Restoration Act, namely that “Government shall not substantially burden a person’s exercise of religion even if the burden results from a rule of general applicability.”

(b) GOODS OR SERVICES.—Consistent with the First Amendment to the Constitution, nonprofit religious organizations, including churches, mosques, synagogues, temples, nondenominational ministries, interdenominational and ecumenical organizations, mission organizations, faith-based social agencies, religious educational institutions, and nonprofit entities whose principal purpose is the study, practice, or advancement of religion, and any employee of such an organization, shall not be required to provide services, accommodations, advantages, facilities, goods, or privileges for the solemnization or celebration of a marriage. Any refusal under this subsection to provide such services, accommodations, advantages, facilities, goods, or privileges shall not create any civil claim or cause of action (emphasis added).

Some have asked whether this language would cover someone like Jack Phillips, the cake baker from Colorado who refused to bake a cake for a gay wedding. After all, the language of the amendment reads “religious organizations” and doesn’t address businesses or individuals. First, the Respect for Marriage Act only applies to those acting “under color of state law”—that is, to those who officially act for the government.

It doesn’t apply to non-state actors, such as Phillips. And the reality is that Phillips won his own Supreme Court case. But, understandably, others respond that despite his victory, Phillips has still faced subsequent legal challenges under Colorado law due to the court’s narrow ruling.

That’s true, but the federal Respect for Marriage Act wouldn’t affect Phillips’ situation one way or another because he’s not a government actor. But another case currently before the Supreme Court will further address the rights of private wedding vendors like Phillips.

The case, 303 Creative v. Elenis, focuses on whether a Colorado public accommodation law requires a private religious website designer to build a website for a same-sex wedding. It seems almost certain, given the court’s prior rulings, that the Christian website designer will win. In discussing this case, David French notes, “While we can’t yet know the outcome of 303 Creative, most court observers would be surprised (perhaps even shocked) if the Christian web designer lost.”

But the forgoing isn’t all the amendments to the Respect for Marriage Act provide in protections for religious believers.

One of the most important passages reads as follows:

(1) No union is more profound than marriage, for it embodies the highest ideals of love, fidelity, devotion, sacrifice, and family.

(2) Diverse beliefs about the role of gender in marriage are held by reasonable and sincere people based on decent and honorable religious or philosophical premises. Therefore, Congress affirms that such people and their diverse beliefs are due proper respect.

This language echoes the words of Justice Anthony Kennedy’s majority Supreme Court decision in Obergefell: “Many who deem same-sex marriage to be wrong reach that conclusion based on decent and honorable religious or philosophical premises, and neither they nor their beliefs are disparaged here.”

Codifying these words into federal law matter for a simple reason: they reject the notion that believers in traditional marriage and their religious practices are based on bad or dishonorable motives.

That stands in stark contrast with discriminatory practices based on racist beliefs. The language makes it a matter of federal law that those who believe in traditional marriage do so “based on decent and honorable religious or philosophical premises” — not because they are bigoted.

This matters in a court of law, and it also helps answer the exchange between Alito and the solicitor general during Obergefell arguments related to tax exemption of religious institutions that believe in traditional marriage.

Finally, the Respect for Marriage Act points the way out of our perpetual LGBTQ-religious culture wars. Efforts to advance LGBTQ rights must be coupled with enhanced religious rights. Both sides must win in some regards.

To be sure, no piece of legislation is perfect. And religious freedom advocates don’t get everything they might want in the legislation. But they get some very important protections.

And yes, it may be ironic that the Respect for Marriage Act could serve as the vehicle for codifying into federal law some of the more robust federal religious freedom protections in recent decades.

But as the great statesman Edmund Burke observed, “all government, indeed every human benefit and enjoyment, every virtue, and every prudent act, is founded on compromise and barter. We balance inconveniences; we give and take.”

He concluded, “we remit some rights that we may enjoy others.”