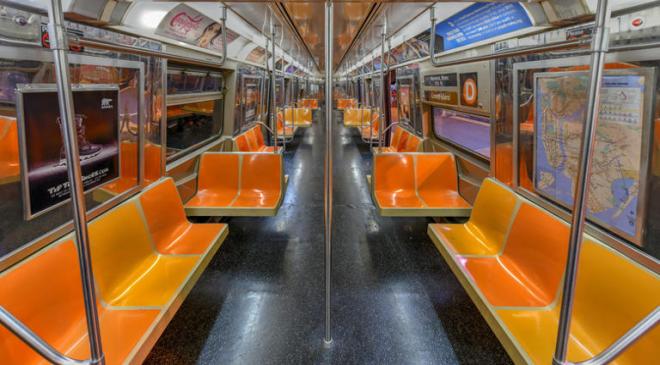 The New York City subway is a popular mode of transportation not only among city dwellers but also with tourists. In 2021, this extensive system served a total of 760 million people or about 2.4 million people daily, according to the Metropolitan Transportation Authority (MTA), the transportation network that operates the NYC subway, though these numbers are only 45% of the figures pre-pandemic

As one of the oldest public transit systems in the world is an iconic feature of the Big Apple, and many tourists use it to easily access many of the city’s famous tourist attractions, including the Empire State Building, the Guggenheim Museum, the 9/11 Memorial & Museum, and many more. It’s really an efficient way to get around the city quickly.

Similarly, New Yorkers use it to move about the five boroughs of the city. However, unlike NYC residents, tourists might be unfamiliar with how things work in the subway. For instance, why do locals avoid the empty subway car? If you’ve always been curious about this, here’s the answer.

For the unknowing tourist, an empty subway car in a packed NYC subway might seem like a godsend. Unfortunately, nothing could be further from the truth. “All the cars have people but this one? MAJOR WARNING SIGN,” Quora user Xuanzi advises. Turns out, there is always a reason why locals avoid the empty subway car like the plague. Well, in this case, there are a couple possible reasons.

First, a subway car devoid of people could mean that the air conditioning or heater isn’t working, so you’ll either freeze or get really hot inside, Quora users shared in this thread. Those in the know, of course, won’t get in that malfunctioning subway car, but a tourist who is unaware might.

Second, it could also happen that the subway car has a foul odor or substance, so locals avoid getting in it because it’s gross, according to the same Quora thread. MTA records (via the New York Post) show 1,090 subway cars had soiled interiors because of vomit, urine, blood, feces, or garbage. So, unless you want or you’re able to hold your breath and don’t get grossed out for several minutes, you’ll follow their lead too.

While we’re on the topic of subways, locals have noticed many other blunders that tourists make in New York subways. Here are their other faux pas.

Another huge mistake tourists make in NYC subways is blocking the door. “Never get in the way of a New Yorker commuting,” a woman named Isabelle tells Huffington Post, adding, “That’s because a minute could make the difference between us arriving 45 minutes early or 45 minutes late to work. And never, ever, linger or hover in front of the train doors! This blocks people’s ability to get in or out of the train.”

In addition, locals also find it frustrating when you take up more than one seat, lean against poles, or walk on the wrong side of stairs, according to NYC Go. Furthermore, don’t bring smelly food or drink, don’t stare, don’t talk too loud, and don’t groom yourself inside the subway car, CityPass adds.