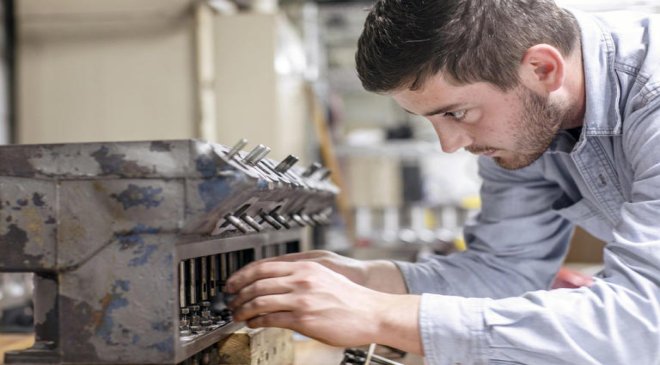 McPherson College is a small school situated in the small town of McPherson, Kansas. There are only about 800 undergraduate students enrolled there, and according to U.S. News and World Report’s rankings, about 85-percent of the people who apply to the school are accepted. What matters here though is that between 150 and 160 of those students are pursuing degrees in Automotive Restoration Technology. McPherson is the only four-year academic institution that confers a degree in that discipline. What also matters is that McPherson College may be about to get much wealthier.

An anonymous donor has promised up to $500 million dollars to the college matching other donations on a two-to-one basis. That means if McPherson raises $250 million (a lot) it will get another $500 million atop that and add $750 million to its endowment (a lot more). According to McPherson’s President Dr. Michael Schneider, the school’s endowment currently stands at $53 million. So, yeow, a big bump.

“The donor asked for one thing,” Schneider insists. “To remain anonymous.” So, there’s no hints, statements or inferences from the school that this massive chunk of cash is being offered to the school because of the Automotive Restoration program. According to a report by Bloomberg, Los Angeles real estate developer Richard Lundquist and his wife Melanie have already committed $50 million to the school and donated a Ferrari 365 GTB/4 Daytona as a learning tool. In addition, asserts Bloomberg, Melanie Lundquist is “serving as spokesperson for the new, as-yet anonymous benefactor.”

The Lundquist donation is a big part of the $260 million the school has already raised in this current fundraising campaign.

This sort of massive donation will be, obviously, transformational for an institution like McPherson. And it runs counter to trends among other small liberal arts colleges that are facing tough competition for students and the financial support. It could also benefit all of central Kansas as it could add robustness to McPherson’s various pre-professional academic programs, expand the physical size of the school and bring additional jobs. That’s all beyond expanding the automotive restoration program that has brought the school notoriety including the attention of Road & Track.

“We are coming at this from a position of strength,” says Schneider. “It indicates we’re on the right path with our commitment to our ‘Community by Design’ project. That includes our students graduating with little or no debt, our campus master plan and becoming a destination community. A new Kansas center for community.”

Right now, McPherson’s automotive program is fully subscribed and only gaining in renown. It’s already one of the most popular majors of any sort at the school and expanding its reach would be of benefit not only to the school and its students, but to the sustainment of automotive history as a serious pursuit. Major universities often have extensive art collections and libraries, but McPherson is (apparently) the only academic institution that is accumulating a collection of classic automobiles to be used in practical and historic training.

“As mobility starts to change, we want to be at the center of that,” adds Schneider. McPherson aims to be a center for anyone who wants to donate their collector car, cars or massive hordes. “It will be a place where their car or collection can be managed and maintained,” Schneider continues. “Where their car is in the right setting and it is driven.”

And yes, vehicles donated during the $500 million push, will count towards the matching funds. Here’s your chance to put your car in a place where it can do some good.

McPherson College itself was founded in 1887 and the Automotive Restoration program was inaugurated in 1977. Those are 135- and 45-year track records. Solid stuff.

The matching challenge runs through June 30, 2023. Information can be found on McPherson’s web site at McPherson.edu. If it all works out, McPherson will have something to strut about.