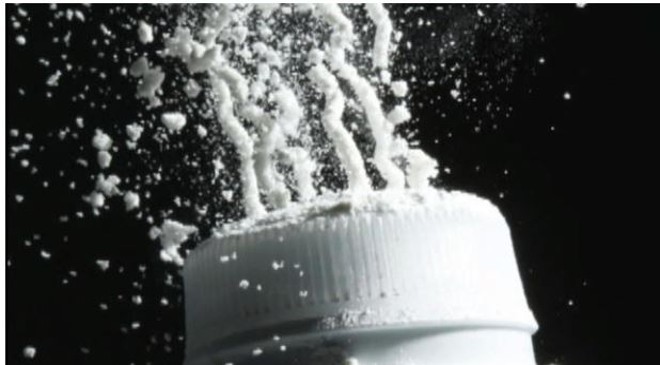 Johnson & Johnson will stop selling its talcum-based baby powder worldwide and replace the product with its existing cornstarch version starting next year, the consumer products giant said late on Thursday.

The move comes after thousands of lawsuits from women in recent years who claimed using the powder gave them either ovarian cancer or mesothelioma, a cancer that strikes the lungs and other organs. The company insists, and medical research on talc also indicates, that the baby powder is safe and doesn’t cause cancer.

Johnson & Johnson stopped selling its talc-based baby powder in the U.S. and Canada in 2020.

Last summer, a group of Black women filed a lawsuit against Johnson & Johnson, claiming the company marketed its baby powder to Black women for decades despite knowing it had ingredients that could cause ovarian cancer. That lawsuit — from the National Council of Negro Women — comes roughly three years after a Missouri court ordered Johnson & Johnson to pay $4.7 billion in damages to women in a similar case. That amount was later reduced to $2.1 billion.

Talcum is a mineral similar in structure to asbestos, which is known to cause cancer, and they are sometimes obtained from the same mines.

In 2020, the company recalled 33,000 bottles of the baby powder after FDA regulators found a small amount of asbestos in a bottle purchased online. Later that year, Johnson & Johnson said that 15 tests of the same bottle of baby powder conducted by two laboratories hired by the company found no asbestos.

A U.S. government-led analysis of 250,000 women, the largest such study to look at the question, found no strong evidence linking baby powder with ovarian cancer, although the lead author of the analysis called the results “very ambiguous.”

Last fall, the company created a spinoff subsidiary named LTL Management to manage all its talc lawsuit claims. LTL Management later filed for Chapter 11 bankruptcy in a move that some believe was designed to delay settlements from the various lawsuits. Johnson & Johnson said it funneled about $2 billion into a trust fund created to pay claims the bankruptcy court determines that it owes.

Johnson & Johnson also said last fall that it would turn its consumer health business — which sold the baby powder, Band-Aid bandages and other products — into a separate publicly traded company. The part of the company selling prescription drugs and medical devices will keep the J&J name.

Shares of Johnson & Johnson fell nearly 1% in early morning trading Friday, to about $165 each. Still, the stock has performed better than the Dow Jones Industrial Average, of which J&J is a member, for most of this year.