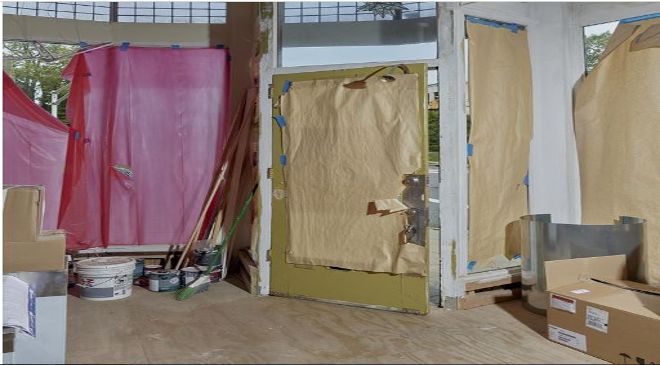 Construction crews in Montclair, N.J., are working overtime on a $150,000 expansion of Paper Plane Coffee Co., that will double the shop’s size to accommodate booming demand and create a new tasting room and events space.

But if the economy sours, owner Jonathan Echeverry already has a plan B. He’ll pause hiring and trade down to cheaper varieties of coffee beans and local milk that’s a little less creamy.

“It’s one big question mark: We’re growing so fast that we need bigger machines and a bigger manufacturing facility, but what are things going to look like a year from now?” he said. “I’d be lying if I said I wasn’t worried about a recession.”

Two and a half years into the pandemic, small-business owners say they’re just beginning to recover from the sudden blow that hobbled many of them during the early 2020 pandemic restrictions. Since then, owners have dealt with surging costs, labor shortages and large swings in consumer demand often influenced by area cases of the coronavirus.Pick your economy: Booming labor market or fizzling growth

Now they’re being barraged by diverging economic messages that have many wondering what to do next. The U.S. economy shrank for a second quarter in a row, reviving fears that the country might be entering a recession. But an exceptionally strong jobs report this month wiped out many of those concerns while also making it harder and costlier for small-business owners, particularly in the hospitality industry, to find and keep workers.

At the same time, consumer demand for goods has slowed, and borrowing costs are going up, as the Federal Reserve raises interest rates in the hope of slowing the economy enough to curb decades-high inflation.

“It’s been one hit after another for small businesses, and now we’re in this unusual situation where we just don’t know what’s going on with the economy,” said Paige Ouimet, a professor at the University of North Carolina’s Kenan-Flagler Business School. “There is so much that’s up in the air, and uncertainty affects small businesses much more so than it does larger ones.”

Small businesses — generally defined as those with fewer than 500 workers — are a critical part of the economy that employs about half of the country’s private-sector workers. But they tend to have smaller financial cushions and fewer places to turn, especially compared to giants like Walmart, when times get tough.

Running a business has always required a carefully calibrated balance of supply and demand forces, although Echeverry says managing his coffee company feels increasingly uncertain. The cost of coffee beans has doubled in the last year, and grab-and-go food items are increasingly out of stock. At the same time, regulars are beginning to pause weekly deliveries of premium coffee, saying it’s a luxury that doesn’t fit into their budgets anymore. People who used to come in four or five times a week for a latte are now coming in half as often.

“There are a number of unusual crosscurrents in the economy right now,” said James Wilcox, a professor at the University of California at Berkeley’s Haas School of Business. “For small businesses, that means they’re going to have fewer customers than they used to — which, after all, is the Federal Reserve’s intent,” in trying to curb surging inflation.

In interviews, more than a dozen small-business owners outlined the steps they’re taking to guard against a possible economic downturn. Some say they’re putting off routine renovations or bringing on contract workers instead of hiring full-time employees. Others are stocking more lower-priced goods or canceling arrangements with retailers like Target and QVC to sell directly to consumers in a way that will give them more control over production and profits. All of these pullbacks, when multiplied over thousands of small businesses, can work to further cool down the economy.

Many business owners say it’s been difficult to predict when things might slow down, or by how much. Others are also still trying to make up for shortages of both workers and supplies and say they’re hesitant to cut back just yet, even if that means eating into profits.

Peters is still struggling to build her business back to where it was before the pandemic, when she had to lay off all five workers and sell five of her 13 vehicles. She has since hired back four employees. But she’s also gradually changing her approach: Instead of more full-time workers, she’s bringing on part-time contractors — typically school-bus drivers who are free summers and weekends. And she’s started looking for used vans rather than new ones to round out her fleet.

“Even though this summer has been great for us, businesses like mine are still trying to claw back to where we were before the pandemic,” she said. “Summer camps are saving us this year. We’re doing weddings again, proms, family reunions. People want to travel locally, up and down the East Coast. But how long is that going to last? I honestly don’t know.”

Meanwhile, higher prices and supply chain hiccups continue to weigh down her business. Diesel costs are nearly double what they were a year ago, and Peters has had to raise wages by 20 percent to keep drivers from leaving for larger, higher-paying outfits.

She’s also paying more for new vehicles, if she can find them at all. Production delays have made it just about impossible to track down full-size vans — so much so that she when saw one with fresh tags recently, she followed it off the highway to see whether she could suss out the dealership from which it had come. (She couldn’t. “Other people are wowed by fancy cars or jewelry, but I’ve just got my eye on new vehicles,” she said.)

But parts shortages have made it difficult to even keep her existing vehicles on the road. One of her Mercedes Sprinter vans, for example, has been in the shop waiting for a new air-conditioning fan for more than two weeks, she said, which amounts to about $10,000 in lost revenue.

After months of unsustainably rapid growth and rising prices, the Fed this spring began raising interest rates in the hope that higher borrowing costs would dampen consumer and business demand enough to cool the economy. Although there are already signs of slowdown, especially in the housing market, economists fear that the full effects of higher interest rates could wallop the economy later in the year and trigger a recession.

“Businesses are slowing down, but what matters here is: By what magnitude?” said Betsey Stevenson, an economics professor at the University of Michigan. “We want businesses to take out fewer loans, but how many fewer loans? That’s what the Fed is trying to get right by raising rates just the right amount.”

It’s a tricky calculation that is feeding into business owners’ worries about the future. The percentage of small business owners citing an increasingly uncertain economic outlook rose sharply in July, while overall optimism remains near historic lows, according to data released last week by the National Federation of Independent Business.

At the Flicks, an independent movie theater and restaurant in Boise, Idaho, business is gradually starting to rebound after nosediving during the pandemic. (The business lost $900,000 in the first year alone.) Now, new economic uncertainties have co-owner Carole Skinner putting the brakes on renovation plans, which include a $100,000 investment in new seats, until she’s turning a profit again. She also wants to give longtime employees a raise but says she’s waiting until she feels as though the economy is on more solid ground.

During the pandemic, the theater installed a new air-filtration system and tried a number of marketing tactics: selling movie-theater popcorn to-go, for example, and offering curbside DVD and VHS rentals. But even as pandemic concerns have subsided, it has been difficult to win back customers who have gotten used to streaming movies without leaving their homes.

“The last two years have been very bumpy,” Skinner said. “We tried everything we could to make a little bit of money, but it really wasn’t enough. We’re hopeful, but we’re still in the red.”

The one bright spot, she and many others in the service industry say, is that consumers have shifted their spending away from goods to experiences like dining out, entertainment and tourism. The looming question, though, is how long Americans will continue to spend.

Common Deer, a gift shop in Burlington, Vt., that specializes in American-made goods, is being hit on both ends: by higher wholesale prices and shrinking budgets among its shoppers. As a result, co-founder Sarah Beal has begun stocking up on more lower-priced products, particularly for the holidays.

“People who spent $50 on a gift for their niece last year might just have a $30 budget this year, so we have to be ready for that,” she said. “We make a lot of gambles with retail — you’re buying inventory so far in advance and hiring people before you need them — that it gets even harder when you’re unsure what’s going to happen.”