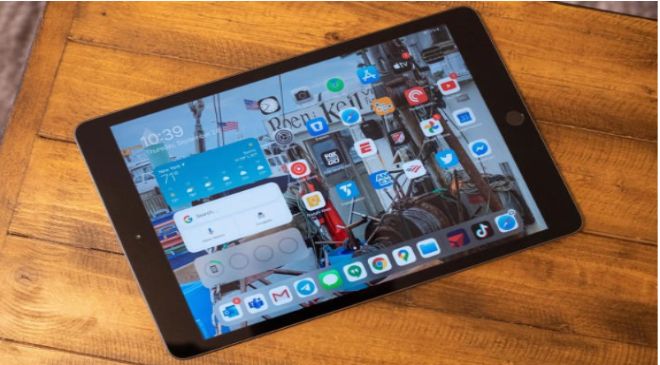 Fourth of July sales are now over, and that means we can look ahead to the Prime Day deals we’re counting on seeing. Prime Day typically focuses on highly sought-after technology like iPads, so we’re confident of seeing some excellent Prime Day iPad deals. For now though, some of the best deals left over from Fourth of July are still available, so what do you do?

Simply put, you buy now if you absolutely have to and you can’t go without an iPad for a little longer. Otherwise, hold on for Prime Day itself as that’s where the best discounts will come from. While it might seem tempting, deals will probably be cheaper on Prime Day, and it’s not like you have to worry about anything selling out on Prime Day as that really doesn’t happen any more. Instead, more people are waiting until Prime Day to grab the best deals. Still, if you absolutely need to order an iPad today, read on while we take you through what’s currently available.

The Apple iPad 10.2 is the most inexpensive way of getting an iPad, but it’s still a well-made tablet from Apple. Generally considered to be one of the best tablets for kids, it might not be the fastest iPad or the one with the best screen, but it’s a fantastic all-around option for anyone that doesn’t want to spend a fortune. Ideal for dipping into Apple Arcade games, dealing with various work-related tasks on the move, or simply streaming your favorite shows, the Apple iPad 10.2 does all the basics and more.

The Apple iPad 10.2 has an A13 Bionic chip with Neural Engine so it knows how to work fairly quickly. While that’s not the fastest iPad processor any more, the advantage of iPadOS means that it’s fairly well-optimized so you still get a good experience out of it. Alongside that, you get 64GB of storage, which is sufficient for saving plenty of files, photos, as well as apps and games. The potential highlight of the Apple iPad 10.2 is its display. It has a 10.2-inch Retina display with True Tone support so it looks great from any viewing angle while also ensuring that colors pop on screen.

The Apple iPad 10.2 is also pretty good for taking video calls. While it has a fairly basic 8MP wide back camera for the occasional snap on the move, it also has a 12MP ultrawide front camera with Center Stage support. Center Stage means that you can move around on your video call, and the iPad is capable of following you around so that you always stay in focus. It’s a small but important way of seeming more professional on any important call. In addition, you also have stereo speakers for ensuring you can hear everything clearly. There’s also support for the Apple Pencil (1st generation) as well as Smart Keyboard so you can get more done than just with a touchscreen interface. Finally, 10 hours of battery life means it’s good to go all day long.

The Apple iPad Air is generally considered to be the best iPad for most people. While the iPad Pro may offer some great specs, it’s often overkill for anyone other than professionals or creatives, so the iPad Air is the solution for everyone else. While the iPad Mini may look tempting, when we checked out the iPad Air vs. iPad Mini, the iPad Air beat it nearly every time. It’s got everything you could need from an iPad, with the forthcoming iPadOS 16 likely to make it even better.

Much of its success is down to its processor choice. It has an Apple M1 processor with Neural Engine. That’s the same processor you see on many of the best MacBooks so you can be confident that its processing power is near unrivaled. Whether you’re looking for a tablet to work on presentations on the move, or you simply want to play some games or watch streaming content, the iPad Air can do it all. It has a truly gorgeous 10.9-inch Liquid Retina display with True Tone support, along with P3 wide color, and an antireflective coating so it’s good to use outdoors. The screen quality is delightful at this price, and you’ll love how much better it makes things look.

Elsewhere, the iPad Air offers 64GB of storage as standard, so there’s plenty of room to install apps or save files. The cameras are fairly good for a tablet, with a 12MP wide camera, along with a 12MP ultrawide front camera. The latter has Center Stage support so you can move around on a video call while trusting that the iPad will keep you the center of attention at all times. Helping you with those calls are stereo landscape speakers, but they also help when watching the latest shows on Netflix. Alongside all that, the iPad Air also has Touch ID for great security and an all-day battery life so it’ll never miss a beat all day long. Apple Pencil (2nd generation) and Smart Keyboard Folio and Magic Keyboard support rounds things off nicely.

The iPad Pro 11-inch is the best iPad to buy right now, being the perfect size for most users while also offering plenty of processing power. It’s so good that it tops our look at the best gaming tablets, while offering performance that out rivals many of the best 2-in-1 laptops. All that is thanks to its processor choice. It has an Apple M1 chip that you would ordinarily see in MacBooks, meaning you get high-end laptop-level performance in tablet form. Whether you’re looking to game on the move or work on that all-important presentation, the iPad Pro 11-inch has you covered.

That’s further helped by the iPad Pro 11-inch’s screen. It uses an 11-inch Liquid Retina display with ProMotion support along with True Tone and P3 wide color. That means that colors look fantastic wherever you happen to be working or using the iPad Pro 11-inch, while it also means that you get silky smooth performance even when playing fast-moving games. It’s a real game-changer, and even when watching streaming content, you’ll be hugely impressed by the image quality going on here.

In addition, the iPad Pro 11-inch is packed with great features. iPadOS means that it runs quickly whether you need to multitask or simply open up apps faster. It also uses a TrueDepth camera system so you get better camera lenses than with other tablets. These include a 12MP wide camera along with a 10MP ultrawide front camera with Center Stage support, as well as a LiDAR scanner for immersive AR. The front camera is perfect for taking video calls, as Center Stage support means you are always the center of attention when speaking, even if you happen to be moving around. It’s a great professional touch. Alongside that, the iPad Pro 11-inch offers a Thunderbolt port so you can hook up fast external storage, displays, or docks. It also has four-speaker audio along with five studio-quality microphones to get the best out of the audio side of things. Additionally, there’s support for Apple Pencil (2nd generation), Magic Keyboard, and Smart Keyboard Folio.

The iPad Pro 12.9-inch is the ultimate iPad. It’s effectively over the top for many users because that’s how tremendous its hardware is, but if you want the best of the best, this is the one to go for. Priced in line with some fairly high-quality laptops, it’s designed to be ideal for creative professionals who need the portability and practicality of a tablet while also being able to hook it up to other devices. The iPad Pro 12.9-inch has support for Apple Pencil (2nd generation), Magic Keyboard, and Smart Keyboard Folio, so if you need more help than the touchscreen, you can easily switch over to sketching out designs, or typing up a document without missing out on the traditional keyboard experience. It also has a Thunderbolt port for hooking it up to external displays, docks, and storage.

The iPad Pro 12.9-inch uses the Apple M1 chip that you see in MacBooks, so you can be confident that it’s fast and highly effective at whatever you plan on doing. Both gaming and multitasking are richly supported here thanks to iPadOS working so well. The iPad Pro 12.9-inch uses a gorgeous 12.9-inch Liquid Retina XDR display that has ProMotion support, along with True Tone and P3 wide color. Colors will look great while you’ll never suffer from motion blur even when playing the fastest-moving games. It’ll make streaming content look better too, as well as simply browsing through social media or the internet.

As well as that, the iPad Pro 12.9-inch has a smart TrueDepth camera system like the one seen on the smaller iPad Pro. It has a 12MP wide camera along with 10MP ultrawide camera, and a LiDAR Scanner too. The front-facing camera has Center Stage support, which is great for taking video calls, giving you a professional edge. Also, you get all-day battery life, four speaker audio, five studio-quality microphones, and Face ID support to save you tapping in passwords all the time. The truly ultimate iPad, the iPad Pro 12.9-inch has it all and works phenomenally well. Not everyone needs it, but if you can afford it, you won’t be disappointed.Buy Now

If you’re thinking about diving into the Prime Day iPad deals, you’ve probably got a few questions about the process. Don’t worry. Read on and we’ll explain everything you need to know when checking out the Prime Day Apple deals and more.

Is Prime Day a good time to buy an iPad?

Generally, Prime Day is a great time to buy any kind of technology. Amazon tends to focus heavily on discounting the most popular tech and gadgets of the time, and tablets are always highly sought after. That’s why we’re counting on seeing some great Prime Day tablet deals during the event.

Prime Day is usually on a par with Black Friday and Cyber Monday deals, so you can be confident that you’re getting a great price without having to wait until much later in the year.

When do the Prime Day iPad deals start?

Prime Day iPad deals officially start on July 12 and run through July 13. The two-day sales event is when prices will be at their lowest for Prime members, with other retailers also potentially getting in on the act with their own Prime Day iPad deals.

Should you shop the Prime Day iPad deals now or wait until July 12?

Right now, you’re seeing what are effectively early Prime Day iPad deals. That means that while prices are lower than usual, they’re likely to get even lower once July 12 hits.

With Prime Day so likely to focus on technology from Prime Day iPad deals to Prime Day MacBook deals, it’s a smart move to hold off and wait until Prime Day actually starts to check out the iPad deals, as prices are likely to go even lower.

However, if you absolutely need a new iPad right now, it makes sense to buy now. Only you know how urgently you need an iPad.