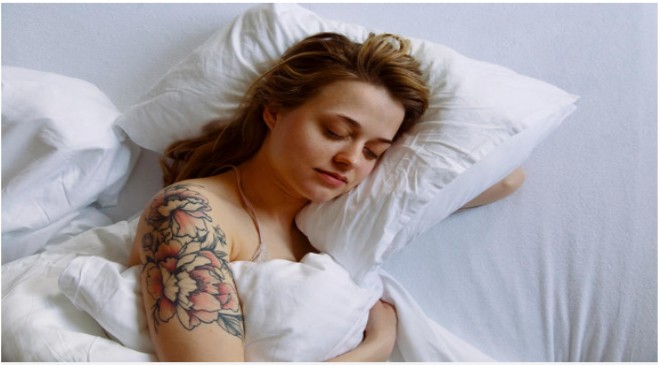 Thanks to an ever-growing body of research on the intersection of sleep and heart health, the scientific community has known for some time now that, generally, the quantity and quality of your sleep plays into the strength of your ticker. But even so, sleep hasn’t been included in the American Heart Association’s (AHA) guidelines for cardiovascular health—until now. Just last week, AHA officially updated its heart-healthy checklist (which features measures of physical activity, diet, nicotine exposure, and the like) to include sleep duration, changing its name from the “Simple 7” to the “Essential 8.”

The AHA’s addition of a sleep metric to the “Essential 8” is simply a research-based recommendation for how long you should sleep each night for optimal heart health: seven to nine hours for adults (and for children, 10 to 16 hours for ages 5 and younger; nine to 12 hours for ages 6 to 12 years; and eight to 10 hours for ages 13 to 18 years).

While very much in line with what sleep doctors have long recommended for good health across the board, the AHA’s decision to call out sufficient sleep duration as a health-promoting lifestyle habit is notable. The addition will make it tougher for both individuals and doctors alike to, well, sleep on the importance of sleep for the heart. And given that heart disease is the number-one killer in the United States, the more aware we all become of how to manage lifestyle risk factors for it (including getting enough sleep), the better.

“The science on the importance of sleep for heart health has certainly advanced, and we have a lot more data available to understand its impact.” —Donald M. Lloyd-Jones, MD, president of the American Heart Association

“If you read the original 2010 paper where we defined cardiovascular health and the ‘Simple 7,’ you’ll see we talked a lot about sleep even then because we understood that it was likely very important, and we wanted to include it. But at the time, no national data sets were really measuring sleep quantity or quality metrics,” says president of the American Heart Association Donald M. Lloyd-Jones, MD, chair of the department of preventive medicine at Northwestern University’s Feinberg School of Medicine. “In the ensuing 12 years, though, the science on the importance of sleep for heart health has certainly advanced, and we have a lot more data available to understand its impact.”

In particular, Dr. Lloyd-Jones points to a study from 2019 that looked at health data from 500-plus folks who identified as women and compared their relative levels of cardiovascular health (based on the “Simple 7” metrics) to their self-reported sleep habits. The results? Those who reported sufficient sleep were significantly more likely to have better cardiovascular health, and vice versa.

And another big study from March 2020 on folks with atherosclerosis (a disease caused by plaque buildup in arteries) points to the same association: By incorporating sleep in their measurements of participants’ heart health, researchers found that those clocking higher heart-health scores (and, in turn, quality sleep) had lower odds of getting heart disease within the four-year study follow-up period, and fewer risk factors for developing it in the future. (And the same association surprisingly did not stand when the sleep metric was taken out of the equation for cardiovascular health.)

With the link between sleep and heart health now clearer than ever, it was a no-brainer for the AHA to add a sleep metric to its new “Essential 8” this year, says Dr. Lloyd-Jones. But as the above studies and others have indicated, sleep quantity is just one part of measuring good sleep; sleep quality is the other, which the AHA would also like to include in its healthy-heart checklist down the line—when the science is clearer on what that looks like, and our ability to track it improves, too, says Dr. Lloyd Jones.

A case in point: The research on sleep apnea—a sleep condition involving lapses in breathing throughout the night—shows that it increases a person’s risk of developing heart disease due to its interference with sleep quality (and not just quantity). But at the same time, it’s also not easy to quantify how the treatment for sleep apnea improves sleep quality and potentially reduces that risk, either, he says.

“Changes have to happen at the policy level to catalyze the opportunities for [sleep improvements] across all [racial and socioeconomic] populations.” —Dr. Lloyd-Jones.

That’s why, with regard to sleep, the AHA is just focused right now on encouraging folks to at least get seven to nine hours of it per night, if possible. And, it’s worth noting, even that is often easier said than done, due to social determinants of health that create and magnify racial disparities when it comes to accessing good sleep. “We try to emphasize that while, yes, individual change and individual motivation for change can really make a difference, things also have to happen at the policy level to catalyze the opportunities for change across all [racial and socioeconomic] populations,” says Dr. Lloyd-Jones.

For instance, corporations need to be mindful of the fact that placing people on the night shift consistently can really wreak havoc on their circadian rhythm, “so, maybe there’s a policy that requires institutions to give people breaks from that shift and have them only do it one week per month,” says Dr. Lloyd-Jones. And even more broadly? He recommends expanded opportunities for people to earn a living wage, so that they don’t need to work two or three (or more) jobs to make ends meet, he says, noting the potential for this kind of schedule to eat into the time a person would have available for sleep: “It’s really about creating and allowing the opportunity for folks to get into bed in the first place.”