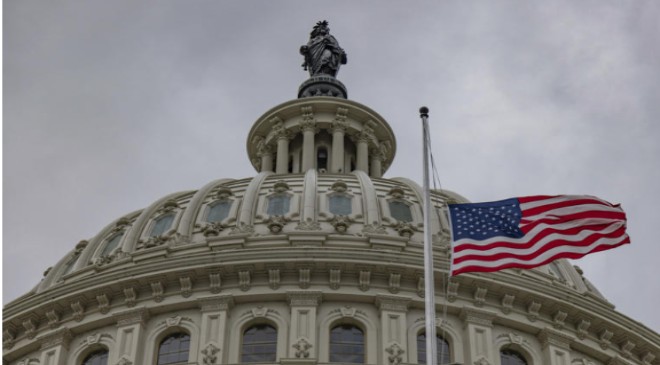 UPDATED with next hearing date and more: The Select Committee to Investigate the January 6th Attack on the United States Capitol said today that its next televised hearing will be Tuesday, July 12, starting at 10 a.m. ET/7 a.m. PT.

Former White House Counsel Pat Cipollone was subpoenaed last week to testify before the Congressional committee investigating the January 6 attack on the U.S. Capitol. The date listed on the subpoena for Cipollone’s deposition is July 6. In other words, tomorrow.

But since the news broke that the committee will compel the former WH lawyer to speak again under oath, there has been no announcement or credible report of when he will actually sit for questions — or whether his appearance will be televised. It’s also unclear whether the hearing on the 12th will feature testimony from Cipollone or someone else.

Legislators are officially away from D.C. until Monday.

Last Tuesday’s surprise hearing delivered some bombshells for the January 6th Commission, which reconvened despite having announced a break until after the Congressional recess.

At that hearing, Cassidy Hutchinson, who was the top aide to Trump’s last Chief of Staff Mark Meadows, provided shocking testimony about what was actually going on in the White House on January 6, and who knew what when.

Legislators are now away from D.C. until July 11. Chairman Bennie Thompson told Politico last week that, after Thursday’s hearing, the committee will resume in July. Previously, the idea of future meetings had been speculative, but Thompson said newly-obtained evidence necessitates more investigation.

That evidence includes footage from British filmmaker Alex Holder, who was scheduled to speak to the committee on Thursday. Per Politico, Thompson called the footage he had seen “important,” but declined to elaborate. The filmmaker told Deadline in an interview that he would testify in public if asked to do so by the committee.

Hutchinson’s testimony was reportedly moved up due to concerns for her safety, so it’s likely Holder will now present his footage and testify in July.

Holder said in a statement that the upcoming three-part Discovery+ documentary, Unprecedented, was shot in the final six weeks of President Trump’s re-election campaign. It allegedly contains never-before-seen footage of the January 6th attack at the U.S. Capitol. The series includes interviews with Trump, his daughter Ivanka, sons Eric and Don Jr. and son-in-law Jared Kushner as well as Vice President Mike Pence. Holder said that he and his team are “fully cooperating” with the subpoena.

On another front, there is no indication as of yet when or if Ginni Thomas, a conservative political activist and wife of Supreme Court Judge Clarence Thomas, might testify. Thomas reportedly said she looked forward to doing speaking with the commission after being served with a request last week. The request contained a series of suggested dates in early-to-mid July for her testimony. Later a lawyer for Thomas said he had “serious concerns” about such an interview.

Broadcasters ABC and CBS and NBC as well as Fox News, CNN and MSNBC have said they will break in to regular programming to cover the session when it begins at 1 p.m. ET. You can watch a livestream below.

The House select committee is holding public, televised hearings detailing its investigation into the Jan. 6, 2021, attack on the U.S. Capitol. All major broadcast and cable networks have been covering the hearings, most of them in their entirety.

You can watch the proceedings here:

Rep. Liz Cheney in her opening statement at the first hearing offered a rough outline of the hearings yet to come and their dates, each of which will have a specific theme and purpose.

ABC plans to air the hearings live this week.

Uninterrupted coverage will be available to watch at CBSNews.com/hearings. Viewers can also watch CBS News’ live coverage on CBSNews.com and the network’s YouTube channel.

The CBS News Streaming Network, CBS News Radio and affiliate service CBS Newspath will have special, live coverage of each of the House select committee’s public hearings. Uninterrupted coverage will be available to watch at CBSNews.com/hearings. Viewers can also watch CBS News’ live coverage on CBSNews.com and the network’s YouTube channel.

Coverage of the hearings will also be included on CBS Mornings, the CBS Evening News With Norah O’Donnell, CBS Sunday Morning and Face the Nation.

CNN’s coverage of the January 6 committee hearings will stream live, without requiring a cable log-in via CNN.com and CNN OTT and mobile apps under “TV Channels” or CNNgo where available. CNN will broadcast live on Thursday from 12 to 4 p.m. ET. Times are subject to change.

The public affairs network is serving as the pool for broadcast and cable media and will cover the hearing with seven cameras placed strategically around the stately Cannon Caucus Room. The setup will include a “head on” camera, getting cover shots of the dais; a manned “head on” camera to get shots of committee members; a manned “cut” camera, to get shots of members at the dais or of witnesses and their table; a robotic witness camera; and another witness camera. The hearing will be live on C-SPAN, C-SPAN.org and the C-SPAN Now app.

Fox News is carrying the hearings live on the network and on Fox Nation subscription based streaming service and ungated FoxNews.com. Fox News has covered all of the daytime hearings gavel-to-gavel.

NBC News will carry the hearings live on the network and on NBC News Now. NBC News Digital will offer real-time updates, reporting and analysis throughout the duration of the hearings.