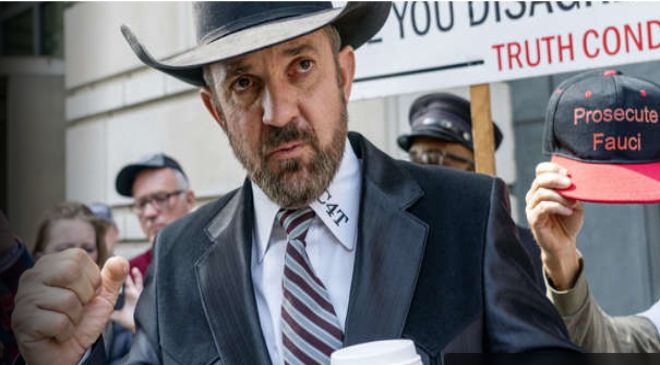 ALBUQUERQUE, N.M. (AP) — A standoff between a Republican-dominated county commission and New Mexico’s Democratic secretary of state over the commission’s conspiracy-fueled refusal to certify election results comes to a head Friday, the state’s certification deadline.

The showdown is providing a stark example of the chaos that election experts have warned about as those who promote the lie that former President Donald Trump was cheated out of reelection seek to populate election offices across the country and the usually low-profile boards that certify the results.

The governing commission in Otero County refused to certify the local results of the state’s June 7 primary because of unspecified concerns with the equipment, even though it has identified no problems with the Dominion systems used by the county to tally paper ballots.

New Mexico’s top prosecutor told the commission to follow an order from the state Supreme Court to certify the results. A spokesperson for Attorney General Hector Balderas said the Otero County commission in southern New Mexico “must comply with the rule of law or we will take legal action.”

The secretary of state’s office had asked the attorney general to investigate the commission for possible violations of state election and government ethics laws, which can be felonies if the action is willful and result in removal from office.

At least one of the three county commissioners was unfazed. Commissioner Couy Griffin told CNN that he was not planning to vote for certification.

“Why have a commission if we just get overridden by the court system?” he said.

It was not immediately clear what would happen if the county refuses to certify its results, a typically ministerial duty but one that has drawn the spotlight since Trump tried to pressure some certification boards in the aftermath of the 2020 presidential election.

The developments in New Mexico can be traced to far-right conspiracy theories over voting machines that have spread across the country over the past two years. Various Trump allies have claimed that Dominion voting systems had somehow been manipulated as part of an elaborate scheme to steal the election, which President Joe Biden won.

There is no evidence of widespread fraud or manipulation of voting equipment that could have affected the outcome of the 2020 election.

Dominion has filed several defamation lawsuits, including against Fox News, and in a statement earlier this week said the action by the Otero County commissioners was “yet another example of how lies about Dominion have damaged our company and diminished the public’s faith in elections.”

Otero County Clerk Robyn Holmes, a Republican in her fourth term as the county’s lead elections administrator, told The Associated Press that the June 7 primary was conducted without problems. Machine tallies at 16 voting centers each matched the number of ballots that were handed out.

“The primary went off without a hitch,” she said. “It was a great election.”

Trump won nearly 62% of the 2020 vote in Otero County, where registered Republicans outnumber Democrats nearly 2-1. A Democrat has not won a seat on the county commission since 1994.

Defiance of the federal government and its oversight of public lands are staples of politics in the largely rural county, which spans an area three times the size of Delaware and includes a portion of the White Sands Missile Range, site of the first atomic bomb test.

Otero and other New Mexico counties face a midnight deadline to certify their election results.

So far, all but six of the state’s 33 counties have certified their results, and no other county officials have said publicly that they intend to vote against certification.

In politically conservative Torrance County, commissioners scheduled discussions for Friday about “election integrity” and the potential for litigation, alongside a vote on whether to certify the primary election results.

Otero County Attorney Roy Nichols said the commission there has scheduled an emergency meeting ahead of the deadline. He said he could not speak for the commissioners and that it’s unclear whether they will vote to certify the results. Two of the three commissioners need to vote in favor of the certification.

That’s potentially important because it’s not clear whether Griffin will even be in New Mexico to attend the meeting. He also is scheduled on Friday to be sentenced in U.S. District Court in Washington, D.C., after being convicted of entering restricted U.S. Capitol grounds — though not the building — during the Jan. 6 insurrection.