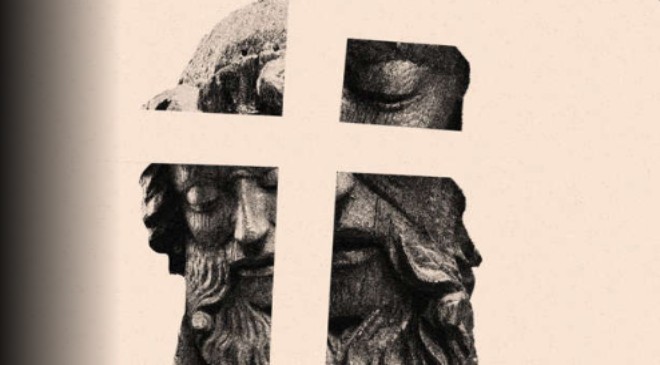 As I have maintained previously, white Anglo-Saxon male Protestantism has been the dominant force in American Christianity. with all other forms in the shadows. Protestantism has deteriorated significantly, however, since the salad days of the first half of the 20th century, when presidents consulted deep thinkers like Reinhold Niebuhr.

In their wake we got Billy Graham, who pushed an agenda of naive Christian nationalism that has grown to major proportions. Graham recognized that the direction evangelical Christianity was headed during the Reagan years was misguided, but it was a bit late. Graham had sought out leaders who were committed to what he perceived as Christian renewal, whereas today such renewal is tied to a political agenda that Graham would have foresworn.

Today, newspapers report on Christian faith as if the only committed people, indeed the only Christianity, is right wing. Outliers to the norm (Roman Catholics, Lutherans, Episcopalians, Christian Orthodox) are marginalized and what sanity we bring to the table is overshadowed by non-denominational pundits like the aged Pat Robertson and his ilk, who pretend out of ignorance or claim out of arrogance to be banner bearers of the true faith.

In my ministry, I sought to have Christianity recognized as a legitimate and intelligent philosophical and spiritual option even though the surrounding voices are overwhelming. The depth of the tradition is lost when people do not know the history of the faith, an ignorance characteristically American about all history. Enormous intellectual energy went into developing a Christian culture that is now almost gone.

Some rejoice at this loss. I am deeply saddened. Unfortunately, the churches have undercut their own relevance. The left has done this by hitching its wagon to the Zeitgeist as if the political and sexual agendas of our time were divinely inspired. The right has made the same mistake, the difference being that the agenda goes 180 degrees in the opposite direction. What’s lost in both of these is a focus on the centrality of the faith.

At the core of Christian culture was a commitment to creativity and freedom that emerged from contemplation of an expanded and imaginative meaning of the Resurrection of Christ, the Easter-event. This impetus enabled a worldview that centered not on life after death, but rather on seeking the fullness of life before death. The architecture and artwork of the medieval cathedrals of Europe were a testimony to the wild and pregnant unleashing of creative forces. The work of craft was itself a prayer that needed no further verbalization. Of course none would deny that patronage was at the heart of it all, but such has always been the case. Look at Islamic art and architecture.

At the same time as creative forces were unleashed in music and art and architecture, they were also afoot in theological exploration and writing. While never entirely successful, attempts were made to comment on every aspect of life from a Christian perspective. Such comprehension may have been an overreach, but it was part of the development of the culture.

That was then, this is now. Because of hitching up with political perspectives and programs, Christianity is as divided and polarized as the rest of our country. The open space for debate once offered by churches and religious institutions has been vacated in exchange for shrill name-calling, isolation and silo mentalities. We are, in short, not occupying any moral high ground. We are in very deep trouble indeed, with no way out in the short term. There is hope in the form of small groups here and there who are rebuilding, but it will take time.