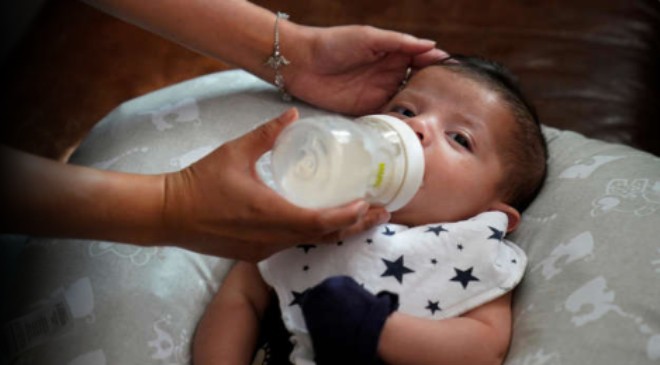 The claim: Researchers have discovered the cause of Sudden Infant Death Syndrome

Sudden Infant Death Syndrome occurs when a healthy baby less than a year old dies in their sleep unexpectedly. The cause of the condition remains a mystery, but some online claim there’s been a breakthrough on that front.

The post generated close to 25,000 interactions and 22,000 shares in less than two weeks. Similar claims have amassed thousands of interactions on Facebook.

But the claim misrepresents a recent study.

The posts surfaced after a recently published study found one potential biomarker for SIDS. Experts told USA TODAY the study’s findings are not nearly as definitive as the post asserts, and one biomarker alone can’t be the cause of SIDS.

USA TODAY reached out to the social media users who shared the claim for comment.

Study didn’t identify a singular cause

The claim surfaced after a study was published May 6 that measured levels of an enzyme called butyrylcholinesterase, which helps control the autonomic nervous system, in the blood of 67 babies in Australia who died of SIDS between 2016 to 2020.

Researchers found enzyme levels to be significantly lower in babies who died of SIDS than babies who were living or died of unrelated causes as part of the control group. They labeled butyrylcholinesterase as a “potential biomarker” of SIDS.

But one biomarker alone can’t be the cause of SIDS, according to Dr. Fern Hauck, a SIDS researcher at the University of Virginia. The leading theory of SIDS causation based on previous research is that multiple factors, such as environmental stresses and development of the brain, interact, leading to an infant’s death, she said.

“While everyone would be happy to find one single explanation, it is not so simple,” Hauck said.

The biomarker is not specific enough to launch any interventional efforts against babies who might be at risk for SIDS, Dr. Thomas Keens, a pediatric pulmonologist at Children’s Hospital in Los Angeles, told USA TODAY.

The claim also oversimplifies the new study’s findings, which do not label the enzyme as a definitive biomarker, according to Dr. Rachel Moon, a SIDS researcher at the University of Virginia School of Medicine.

Moon said that though the enzyme levels were statistically different in the study, there was “enough overlap” of these levels between the SIDS cases and the control group that a blood test would not bring “reasonable predictive value.”

“The problem with using this test prematurely is that it might unnecessarily alarm parents that their baby will die, and, to make it worse, be inaccurate in warning,” Moon said.

The study also used a small sample size, as the researchers only tested blood samples of 67 babies who died of SIDS, according to Moon. The findings need to be verified by larger studies and diverse populations, she said.

Another limitation to the study is that blood samples were taken from infants who were two or three days old , according to Hauck. The infant’s enzyme levels could have fluctuated at any point since birth, which needed to be factored into the study.

“We don’t know if the differences of enzyme levels reported at birth continued through infancy and appeared in actual brain neurochemistry at the time of death,” Hauck said. “The specimens were also over 2 years old and may not produce accurate results.”

The next stage of the research cited in the study will take around five years to complete, according to a press release.

USA TODAY reached out to the authors of the study for comment.

Based on our research, we rate FALSE the claim that researchers have discovered the cause of Sudden Infant Death Syndrome. The claim surfaced after a new study was published that found a “potential biomarker” of SIDS. But experts said the study’s findings are premature and not conclusive enough to label the findings a discovery of a specific cause