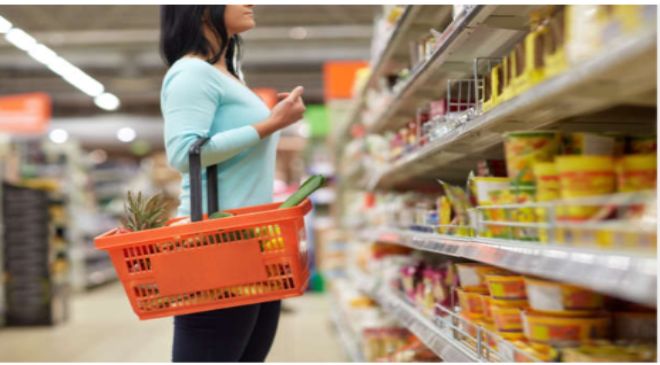 Those who love to spend time in the kitchen know how crucial it is to have all of the right ingredients. In order to get that full-bodied taste or to ensure your dough will rise, you need to include everything that your cookbook lists. But with ongoing shortages, grocery shopping has become that much more challenging, and certain products are not available for purchase at all. You may be disheartened to learn that yet another cooking staple might be harder to come by this summer. Read on to find out which product could disappear from grocery store shelves as soon as June 1.

Supply chain disruptions are affecting all sectors of the economy, with inflation reaching heights that haven’t been seen in 40 years. Products and groceries are scarce and sometimes unavailable. The ongoing shortage of baby formula—a necessity for so many families—has left parents scrambling to find ways to feed their children.

Several retailers were forced to put purchasing limits on formula in recent months in light of limited supplies, and Abbott Laboratories—the largest producer of baby formula in the U.S.—is working to produce more formula while also dealing with scrutiny regarding its role in the shortage.

Starting June 1, a key sweetener could be harder to come by.

If you have a sweet tooth, you’ll want to prepare for one crucial item that could be missing from shelves this summer. According to a statement from the Indian government, starting June 1, sugar exports will be limited to 10 million metric tons during the current marketing season. As reported by Insider, restrictions will begin June 1 and continue through September, and from June 1 to Oct. 31, sellers will also have to apply for approval to export any sugar.

India is preserving its sugar supply for domestic use.

The Indian government stated they would be implementing a cap “to maintain domestic availability and price stability of sugar.” The concern seems to be over potential price spikes, particularly during the country’s festival season. India is the world’s largest consumer of sugar and it is vital during the festive season, which begins in August, peaks ahead of Diwali (held in October this year), and continues through December, according to Insider.

“The government is worried about food inflation, and that’s why it is trying to ensure that enough sugar remains in the country to cater to the festival season,” a Mumbai-based dealer with a global trading firm told Reuters.

Sugar exports in the 2021-2022 sugar season are also reaching historical heights, the government announcement said, but India is not facing a shortfall. Domestic supplies are actually “abundant,” Bloomberg reported, calling the restriction “an extreme case of precaution.”

According to a Nov. 2021 sugar production and trade report from the U.S. Department of Agriculture (USDA), India—which is the largest producer and second-largest exporter, behind Brazil—was estimated to up production by 3 percent to 34.7 million tons this season.

As Insider notes, “Sugar is the next food you might have a hard time getting your hands on.”

Other countries have put similar bans in place.

Similar to what we’re seeing in the U.S., food prices in India were up by 8.38 percent in April, compared to the year prior. In light of this, as well as supply constraints associated with the ongoing war in Ukraine, the country also moved to ban wheat exports on May 13, Bloomberg reported.

India is not the only country taking these protective measures. As both Russia and Ukraine are some of the largest exporters of wheat, many other countries are actively preserving their own stores and banning exports, according to CNBC. As of May 17, Egypt, Argentina, Indonesia, and Iran were just some of the countries implementing these bans, with some lasting through the end of 2023.