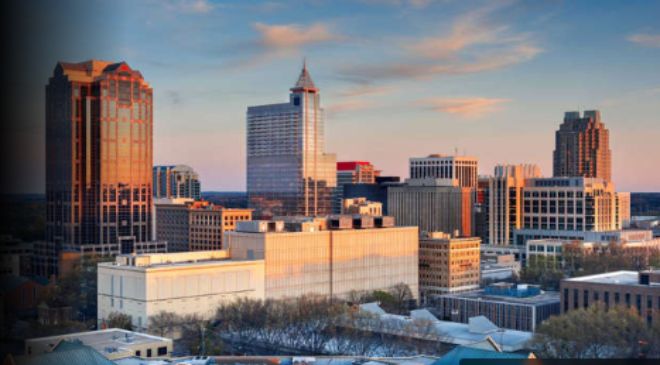 Going out is great, but sometimes, there’s nothing better than staying home and curling up on the couch with a movie or a good book.

But some cities are better for homebodies than others. That’s why furniture company Joybird ranked the 50 most populous cities in the United States to find out which is best for those who prefer to Netflix and chill over partying all night.

It turns out Raleigh, North Carolina, is the best city for homebodies, according to the study Joybird shared with Travel + Leisure. Raleigh was followed by Tampa, Florida, Nashville, Tennessee, Pittsburgh, Pennsylvania, and finally Orlando, Florida.

Rounding out the top 10 were both Dallas and Austin, which came in at No. 8 and No. 10, respectively. Part of the appeal of Texas, is the availability of high-speed internet, according to Joybird. San Antonio and Houston each made the top 20 as well.

Perhaps unsurprisingly, Las Vegas came in at No. 17 on the list, while New York City — also known as the city that never sleeps — took the last spot at No. 50.

“During the pandemic, many Americans spent most, if not all, their time in their homes. Many took this time to revamp, redecorate, and rediscover how much comfort and joy a home can bring. Joybird sees a positive spin on the definition of “homebodies”, as those who take great pleasure in living, working, and playing from home, and our research highlighted the top spots for these types of people,” Joybird spokesperson Kimberly Gonzalez shared in a statement to T+L.

To figure out which cities homebodies would thrive in, Joybird looked at several different data points, including internet speed (because no one wants their binge to be interrupted by buffering), remote work opportunities, as well as the availability of food and grocery delivery.

The company also considered the average price of rent for one and two-bedroom apartments, the median square footage of homes, the average size of people’s yards, the number of homes with a private or community pool, and the property crime rate.