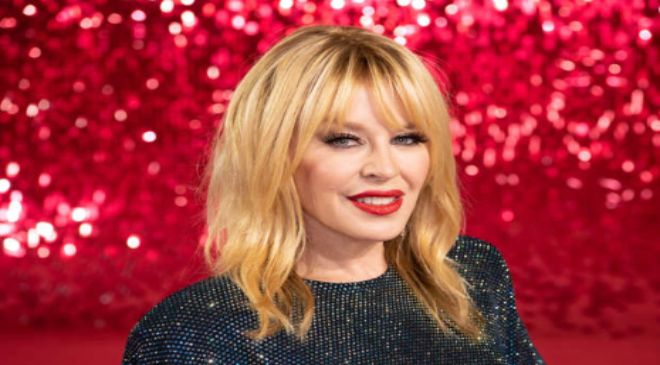 In the early aughts, Kylie Minogue was at the height of career, having recently released the chart-topping tune Can’t Get You Out of My Head. But in May 2005, at the age of 36, the pop singer was diagnosed with breast cancer—a fact that would bring her Showgirl tour to a grinding halt just two months after it began. Upon learning of her condition, the Aussie star flew to France to undergo eight months of chemotherapy and radiation before her disease eventually went into remission. Read on to find out what Minogue now says you should never do when it comes to your health, and how her diagnosis changed her outlook on life.

Before Minogue was diagnosed with breast cancer, she had an initial screening during which doctors missed her tumor. However, something told the pop star to seek a second opinion, at which point her cancer was detected.

She now tells women that if they believe something is wrong, it’s important to never dismiss your gut feeling. “If you have any doubt, go back again,” the star told Medicinenet in 2021.

She says having cancer has changed how she treats others.

In a 2020 interview with People, Minogue recalled the early days following her diagnosis. “It’s like the earth had kind of slipped off its axis. You see everything differently,” the Spinning Around singer reflected.

Minogue says her own brush with illness serves as a reminder to her that everyone is fighting their own invisible battles. “I remember having had my diagnosis, but the world didn’t know. I was with my brother and my boyfriend at the time—we were all in a daze and went to a cafe. The server at the cafe was like, ‘Hey, how are you today?’ We just kind of robotically said, ‘Good, thanks,’ and in that moment I just thought: You really don’t know what anyone is going through. I thought that same person by tomorrow is going to see the news and say, ‘Oh my God, she was here yesterday, and we didn’t know.'”

Minogue says her diagnosis is “still difficult to talk about.”

In the years since her disease has been in remission, Minogue has spent plenty of time processing her experience. However, she said in a 2015 interview on ITV’s Jonathan Ross Show that she still struggles to find the right words when it comes to her diagnosis. “It’s quite difficult to talk about it in interview situations because it’s deep and it’s long and it’s involved and it’s hard to really say what it was in a neat package,” she said at the time, adding, “It’s pretty strange.”

That said, Minogue has never let that stop her from sharing her story, or advocating for others to seek cancer screenings and treatment.

“Cancer has probably touched everyone in this audience in some way or another, and all the stories are different, but certainly in as much as she felt it was her duty to talk about it,” she said. “I never questioned—not for a split second did I think of not saying what I had.”

Having cancer changed her outlook on life.

With her cancer diagnosis, as with the pandemic, Minogue says she now focuses on embracing her new normal. “I think after cancer or any other big, life-changing incident or illness, you have to adapt,” the pop icon, now 53, told People magazine.

These days, Minogue says she takes her life one day at a time and strives to focus on the positive. “Life is a series of challenges and you aim to have as many good times as possible,” she told the magazine. “At this stage in my life I really feel like life is just made of moments, and the more moments that can be good, try to acknowledge that that was a good moment. Because it’s all coming at you, good and bad.”