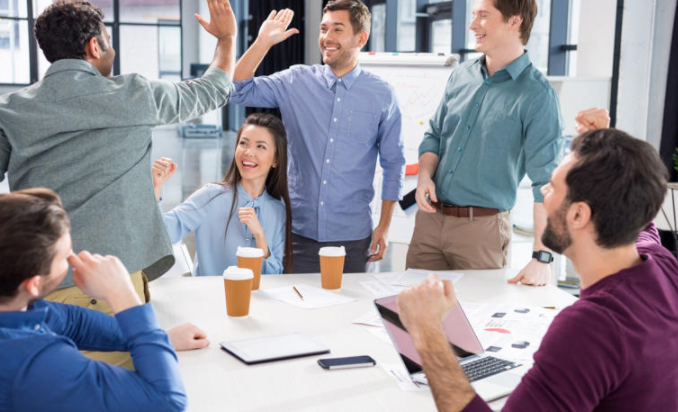 As workers took to their couches or home offices during the pandemic, many predicted employers would shrink their real estate — but new data shows businesses aren’t ditching office space after all.

Since the start of the pandemic, only 5.5% of businesses have cut office space while 3.6% have increased in size, according to new data on private-sector businesses from the US Bureau of Labor Statistics (BLS). Over 90% haven’t switched up their square footage at all, and 92.4% said they plan to remain the same size in the next 12 months.

Although remote work took over during the pandemic, many American employers rejected it as a permanent business model. As the pandemic slides into its third year, employers maintain that the office is still important for team collaboration. To ensure the workplace remains an integral part of the job, employers aren’t cutting down size but instead revamping workplaces to meet their evolving needs.

Offices may be the same size, but they look different

While the pandemic challenged attitudes towards how they work, the new BLS data found that 60% of businesses said “all of their employees” were “teleworking rarely or never” at the time of data collection (July 27 through September 30, 2021). This was especially true in accommodation and food services; natural resources and mining; and retail trade where jobs tend to need to be done in person.

So, even if they aren’t downsizing, companies have been thinking about changing up how their offices look and function. A Work Trend Index survey conducted by Edelman Data x Intelligence in January 2021 found that “66% of leaders say their company is planning a space redesign for hybrid work.”

“We simply don’t really know that when the fear of virus goes away whether people’s feelings around coming back into the office will change,” Michael White, a managing director of architecture at Gensler, told the LA Times. “But there is still a fairly significant need that most employees, and certainly most companies, see for the office in a very profound way.”

Other data from BLS shows how the pandemic has impacted people’s ability to work. The following chart using data from the Current Population Survey highlights the share of people teleworking because of the pandemic over time. It’s important to note that although January’s share looks higher than the end of 2021, BLS writes that “updated population controls are introduced annually with the release of January data.”

While BLS’ data suggests that employers in the professional and business services were more likely to ditch office space than many of the other industries, the percentage remains low as the sector only experienced a 8.5% decrease in size. The decline is likely attributed to the increase of hybrid work models, which have allowed employees to choose when they work from home or in the office.

Although the model is popular, it isn’t threatening demand for office space. According to the Harvard Business Review, new data suggests cuts in office space of 1% to 2% on average, implying that reductions relate to density instead of space.

A study from RJE, a interior design company, claims that more employers are creating modern work spaces for their employees. As they transform their workplaces, the hope is to encourage collaborative work and employee retention.

“A reduction in surface area, and on-site people, means making every part of the space intentional,” RJE researchers wrote. “From acoustics to mobile furnishings to sensors, every element needs to focus around enhancing collaboration from in-person interactions or creating the equivalent for remote teams.”

Improving work spaces may be the key to driving innovation and participation, according to JLL, a real estate corporation. The company conducted a survey of 2,000 office workers in 10 countries and determined that 70% of respondents considered the office as the best place for team building and connecting with management.

The American workplace is changing, but that doesn’t mean the need for office space will falter anytime soon. As employers navigate a new normal, employees will still have the option of returning to their desks. Read the original article on Business Insider