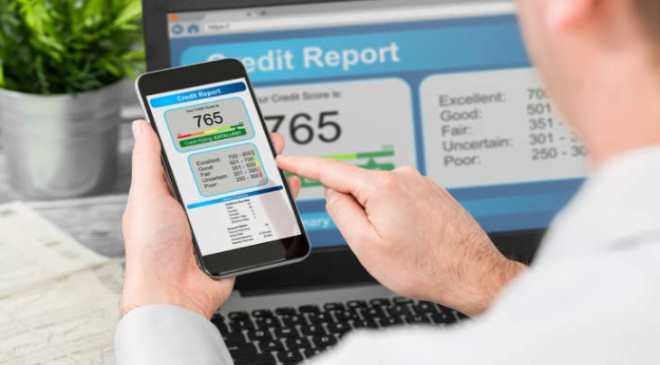 Checking accounts are the bedrock of personal finance in the United States. According to a recent GOBankingRates survey of more than 1,300 adults from all over the country, more than 95% of America has a checking account, the highest percentage among all account types. However, more than one-third of those surveyed say they barely keep any money in checking at all.

GOBankingRates talked to experts who were stunned by the study’s findings, as well as some who thought it sounded just about right. Here’s what money professionals think is the appropriate amount of cash to keep liquid and at the ready in a checking account.

A Hundred Bucks? That’s It?

If you think that a double-digit account balance for one-third of the country sounds insufficient, you’re in good company.

“It honestly surprises me that the number is so low,” said Julie Ramhold, consumer analyst with DealNews.com. “I would expect many to be putting the bulk of their income into a checking account still.”

“The short answer is that most experts advise keeping one to two months worth of living expenses in your checking account,” Ramhold said. “It’s also good to pad out that number with an extra 25% to 30% of your monthly living expenses as an extra cushion.”

Some, on the Other Hand, Think That Less Is More

Not all experts were shocked by the study’s findings — in fact, at least one thinks the results are right on the money.

“I keep less than $100 in my checking account for several reasons,” said Wendy Barlin, CPA.

The first argument in favor of an ultra-low balance is that checking accounts earn zero interest or, in the best of cases, close to it — but Barlin cited another point that’s equally convincing.

“Checking accounts are linked to debit cards, which are the biggest fraud problem,” Barlin said. “I don’t want someone taking money out of my checking account. I keep all my money in a savings or money market account.”

It is, after all, much easier to get credit card companies to reverse fraudulent charges than it is to get banks to return cash.

As you can see, the spectrum is so broad that it ranges from $99 to two months worth of living expenses plus 30% — and that’s after speaking to only two experts. Some said you should have up to six months on hand.

A consensus is elusive, of course, because everyone’s life and financial footprint are unique.

“How much you should keep in your checking account depends on various factors, such as your income and expected expenses, recurring bill payments and cash withdrawals,” said Laura Adams, MBA, a personal finance expert with Finder.com.

Another reason that the “right amount” is so hard to nail down has to do with the transitory nature of money held in checking accounts. Checking accounts are a temporary way station for money that will be redirected to pay credit card bills, fund investment accounts and IRAs, and settle up for the month with the mortgage lender.

“Most people deposit income into their checking and make disbursements from that central account for everyday expenses and savings,” Adams said.

One school of thought says that the right amount is whatever you need to cover your expenses — and not much else. Whatever’s left over, after all, could be put to better use elsewhere.

“Since interest earnings on bank accounts are typically a fraction of 1%, keeping large sums in a checking account isn’t a wise option,” Adams said. “Moving excess money into higher-yield savings allows you to earn more interest and maintain a separate fund for emergencies.”

There’s even an argument to be made for putting that money in an index fund since savings yields aren’t much better than checking yields, but if you are a checking account minimalist, remember that it’s better to have a little too much money than not enough.

The Fee Trap Waits for Those Who Cut It Too Close

While you don’t want too much money idling in checking when it could be earning you money somewhere else, a healthy cushion of cash is an absolute must if you want to avoid the significant penalties that come with maintaining an underfunded checking account.

“As a general rule of thumb, your goal should be to maintain a balance that helps you to avoid the risk of becoming overdrawn or incurring bank fees,” said Maxim Manturov, head of investment research at Freedom Finance Europe, a subdivision of Nasdaq-traded Freedom Holding Corp. “With this in mind, your account should never drop below your minimum required balance, so it’s important to consider your expenses accordingly, as well as your general monthly outflow.”

Regulation D: Use Savings as a Failsafe — But Only Sparingly

It’s likely that part of the reason people keep so little money in their checking accounts today is that low balances aren’t as dangerous as they once were. Most banks let you transfer money instantly from savings to checking if things get tight — even after hours — or you can set up overdraft protection that moves money automatically from savings to checking to cover a debit in progress. Those are all incredibly helpful tools that would have seemed like magic a generation ago to anyone who ever wrote a check that they didn’t realize they couldn’t cover.

But unlike checking accounts, the money you put in savings was not designed to be transitory. That money is supposed to stay put, and if you overuse your savings account as a backstop to your checking account, you’ll start incurring penalties. That’s because Federal Reserve Board Regulation D forbids you from making more than six withdrawals from a savings account per month.

The Nature of Banking Is Changing

In the GOBankingRates survey, the oldest Americans — those ages 65 and up — were far more likely to have larger balances in their checking accounts and far less likely to have low balances than all other age groups, with younger sets trending farthest in the other direction.

It’s not only because 20-somethings tend to have less money than their elders — technology has forced a generational divide in banking habits and attitudes.

In a world of crypto wallets and Venmo, paper checks — and the accounts they’re linked to — have taken on a very 20th-century feel. Many young people have never written a check and have certainly never used longhand arithmetic to balance a checkbook, which is by now the financial equivalent of cursive.

Older people tend to favor the security of having plenty of cash “on hand” in their checking accounts, while younger generations tend to view all their money as being on hand all the time. With 24/7 access to PayPal, p2p payments, buy now, pay later purchasing options, and nearly instant transfers from brokerages to banks, why should they fret about the balance in their checking accounts?

“In the height of the information age, people are getting smarter about personal financial wellness,” said James Dunavant, CEO of the personal finance platform Tend. “Naturally, their preferences are also shifting toward more transparent platforms that offer faster, simpler and more personalized services. Rather than keeping their money in a checking account, consumers are exploring other options that provide greater benefits, whether it’s increased convenience, speedier processing, more rewards or fewer hidden fees. The next generation, in particular, has a deeper understanding of the wide breadth of financial tools that are available to them, and they’re willing to do the extra research to move their money into the best money management services, platforms and apps that make sense for their individual needs and goals.”