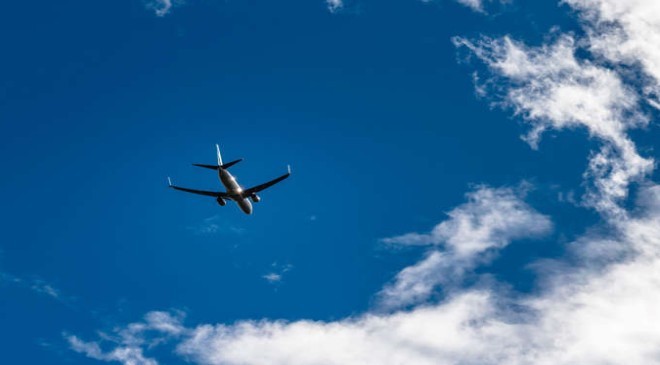 In order to keep residents safe, many destinations currently require that travelers present proof of a COVID-19 vaccine or a negative test to enter. And while the United States has certain restrictions in place for international visitors, it has yet to implement any rules when it comes to domestic air travel. A new bill aims to change that.

In early October, a bill was introduced to the U.S. Senate to require air passengers to provide either proof of vaccination or a negative COVID-19 test result in order to fly within the U.S. “We know that air travel during the 2020 holiday season contributed to last winter’s devastating COVID-19 surge.” Senator Dianne Feinstein, the senator who introduced the bill, said in a statement. “We simply cannot allow that to happen again. Ensuring that air travelers protect themselves and their destination communities from this disease is critical to prevent the next surge, particularly if we confront new, more virulent variants of COVID-19.”

As of August, these are the states with COVID-19 travel restrictions in place.

Medical experts support the push for a domestic air travel COVID-19 vaccine mandate. Anthony Fauci, the nation’s top infectious disease doctor, has said that he would support such a requirement. Other experts have echoed this sentiment. “It’s time for vaccine mandate for air travel,” Asish K. Jha, dean of Brown University’s School of Public Health, wrote on Twitter. “We can’t expect mitigation measures to be enforced well enough to prevent transmission on airplanes forever.”

Similar mandates are springing up around the world. Canada just announced that by the end of October, all travelers will need to be vaccinated to board planes, trains, and cruise ships; international airlines, including Air New Zealand and Australia-based Qantas, have announced plans for requiring proof of vaccine from passengers.

In the U.S., the majority of air passengers also support such a requirement: According to a new poll from Morning Consult, 61 percent of Americans are in favor of a vaccine mandate for domestic flights.

But, unfortunately for fliers who want to be on a plane of fully vaccinated passengers, it seems the mandate isn’t likely to pass muster with airlines. “The airline industry is dead set against this,” says airline expert Henry Harteveldt, president of Atmosphere Research. “And given the politicization of vaccines, there are a significant number of travelers who do not want to be vaccinated, and the airlines don’t want to risk losing any of those customers.

From the perspective of airlines and airports, there are still too many questions on how the requirements would be implemented and verified. While the majority of U.S. air carriers have begun requiring vaccinations for their employees, many think similar rules for domestic fliers would be too complicated. The “operational complexity” of such a mandate would be too much for the U.S. air travel system to bear, says Robin Hayes, CEO of JetBlue and director of the Board of Governors for worldwide airline trade group IATA. “I think that the complexities that come with that type of effort, especially in the domestic landscape, make it extremely challenging,” Hayes said during a press conference at IATA’s recent annual meeting. “It would mean that people would have to come to the airports earlier, it would mean longer lines, it would mean more people needed to perform these functions and we’re not sure at the moment if the system is ready for that.” The TSA would likely be tapped to verify all fliers’ vaccination cards or test results, according to Hayes, and he questions whether the agency has the approval or authority to do so.

Harteveldt also points out that there is no nationwide digital vaccine app or certificate, so fliers would need to show their CDC cards, slowing down the whole process. Nations that have successfully implemented similar mandates have uniform digital vaccine passports, like France. “I flew to Europe in August; I visited France and Italy,” Harteveldt says, and he was required to show a QR through the French health app Pass Sanitaire. “It only took a minute. [The airline agent] scanned the QR code, and that was that.” Having a similar nationwide system in the U.S. would go a long way in simplifying a vaccine mandate on domestic flights.

For now, it doesn’t seem like a vaccine—or even testing—mandate for domestic flying is likely to happen soon. “We have been informed by the Administration that there is no imminent policy proposal regarding a domestic travel requirement and echo concerns expressed by the Administration about the implementation and enforcement of such a policy,” Katherine Estep, spokesperson for industry group Airlines for America, wrote in an email.

“People are saying ‘I want travel to be normal again,’” says Harteveldt. “The best way for that to happen, honestly, is to ensure that everyone who travels is vaccinated because that is the best way to keep us all safe. So a vaccine mandate actually would be a very good thing for travelers. But right now it’s not the most practical.”