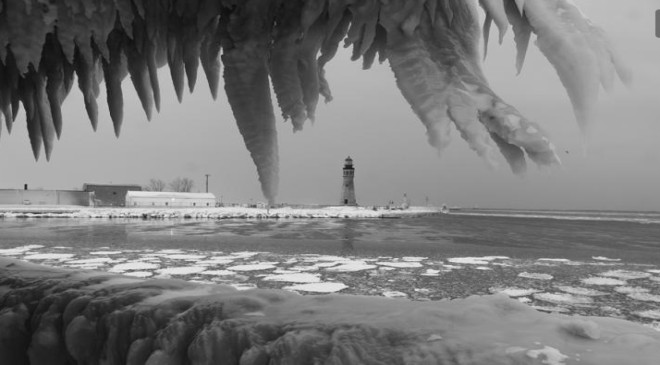 BUFFALO — The Buffalo region began to dig out Tuesday from a catastrophic blizzard that killed at least 31 people in what local officials have described as the worst weather disaster to hit the area in a generation.

Seven people were found dead overnight in Buffalo, according to Mayor Byron Brown, bringing that city’s total storm-related fatalities to over two dozen. Hours later, Erie County Executive Mark Poloncarz confirmed several more bodies had been discovered. He said more than half of the deceased had been located outdoors.

Local officials warned the death toll could increase as emergency responders began to examine cars left buried in snowdrifts in areas where more are feared to have died. Meanwhile, the area is bracing for a few more inches of precipitation atop the roughly 4 feet of snow that has blanketed Western New York since late last week.

A driving ban remained in place in Buffalo, a city of roughly 276,000 people, where many roads were still impassable, and nearly 5,000 people remained without power. Residents began to venture out in search of food and supplies as some local grocery stores reopened, even as authorities urged people to stay off the roads because of fears the traffic could hinder rescue and recovery efforts.

Poloncarz, whose jurisdiction includes Buffalo, said 100 New York State Police members were being deployed to the city along with additional National Guard troops in an attempt to keep drivers off the roads as the county tries to clear streets and allow trucks to bring in food and fuel.

The police will be positioned at entrances to Buffalo and major intersections throughout the city to enforce the ban on driving in New York’s second-largest city. Many of the major highways into Buffalo remained closed Tuesday.

“Please, please, please do not drive in the city of Buffalo unless you are an emergency responder,” Poloncarz said in a news conference Tuesday. “I am begging. Stay home.”

Poloncarz’s comments came as he and other local officials expressed worry about a forecast of rain and warmer temperatures later in the week that could elevate the risk of major flooding across the region as the snow melts.

“We are a little bit concerned,” said Dan Neaverth Jr., the Eric County commissioner of emergency services. He said crews were being deployed not only to plow the streets but also to attempt to remove ice and blockages from county storm drains ahead of what Poloncarz described as a potential “rapid melt.”

Across the city, thousands of stranded residents remained without power — and some without water because of pipes that had burst in the below-freezing temperatures. Scores of people had taken refuge at shelters across the city, where food and supplies were rapidly dwindling.

Eric Walker drove to Buffalo from Rochester on Thursday to be with his family, including his 84-year-old mother, Annie Brown, for the holidays.

At her senior living center on the city’s east side, the automatic doors were stuck open during the height of the storm. The cold caused pipes to burst, flooding the lobby and stopping water service in the 100-apartment building. Icicles formed on the shades of wall sconces.

Walker said he tried to close the door manually, but as others came into the building to get to their elderly friends and family, it kept being reopened. He had been taking jugs down to the first floor, trudging through water in the lobby and taking water to flush the toilet from the burst pipes. The company that runs the building had not updated residents on when water might be restored.

In the Allentown neighborhood, north of downtown, Christina Banas said she and her husband had been without power since Friday. Without any means to cook, the couple lived off protein shakes until they were able to dig out one of their cars on Monday. They picked up pizza and chicken fingers, the first warm food they’d had since Thursday.

“It’s so cold in the house, it just put us into survival mode,” Banas said. “We weren’t even hungry. It’s almost like being in a state of stasis.”

While local officials expressed hope Tuesday that power would be restored to most of the city later in the week, business owners in some of the stricken areas expressed concern they could be without power for months because of supply chain issues.

At the Wonder Coffeehouse near downtown Buffalo, an employee had shut off the water supply, narrowly averting disaster just as pipes were about to freeze and burst, according to Kate Vacanti, who owns the coffeehouse and an adjacent building with her husband. But both buildings are now without power and heat, and Vacanti said National Grid workers had told her that the electrical equipment damaged in the storm was currently on back-order because of a national shortage.

“They’re not sure how or if or when we’re going to get power,” Vacanti said. “It could be months. They’re trying to come up with other solutions.”

Vacanti estimated that the business has already lost thousands of dollars in food and damage to their buildings, while also missing out on a potentially busy week around the holidays. In addition, they are worried about damage to equipment from frozen water lines and possible energy surges from damaged transformers co-worker saw outside their building.

The storm is just the latest challenge for the business owners, who opened in late 2019, just before pandemic shutdowns kept their doors closed for months. They had severe damage to a recently repaired roof during a wind storm and had to shut down during the massive snowstorm that rocked the Buffalo region last month.

The coffeehouse’s location, just a few hundred feet from the shores of Lake Erie, put it in the direct path of some of the worst winds and snows in the region.

Vacanti said they were able to move some of their food and supplies out to their recently opened second location in the town of Clarence, about 14 miles northeast of the city location. But the storm is the latest in a series of challenges that have left her feeling as though it is hard to see a path forward for the business.

“We’re not the giving-up type, but you do start to ask yourself, how much more could you take,” Vacanti said.

At a news conference, Poloncarz expressed concern this could be the beginning of a rough winter for the region. Along with potential flooding later this week, the warmer temperatures also meant Lake Erie is not yet close to freezing and that could fuel even more dangerous snowstorms.

“We are probably going to be at risk for having serious lake-effect snow as long as the lake is not frozen, and it’s probably not going to be frozen for some time,” Poloncarz said.

Lawmakers, community organizers and disaster experts say the storm’s deadly toll is a result of the historic nature of the blizzard, bad timing, a dearth of emergency management resources, and the immense difficulty of trying to force residents who are largely desensitized to severe weather to abandon much-needed jobs, as well as their holiday plans.

Resident have also blamed officials, saying they didn’t do enough to prepare. Erie County, which contains Buffalo, issued a travel ban shortly before 9 a.m. Friday, giving motorists only a 41-minute heads up as many of them were driving to work.

There are signs that tensions may be mounting.

“People who are out looting when people are losing their lives in this harsh winter storm is just absolutely reprehensible,” Brown said during a Monday news conference.

For the Banas family, the long wait for the power to turn back on has been painstaking. Christina Banas said it’s too cold in their home to concentrate on reading or anything else to pass the time. The husband and wife have been sleeping as much as they can, the only reprieve from their long days.

“We just keep hoping we’ll go to bed and wake up and the power’s on,” she said. “But it’s been four nights and it’s not happening.”