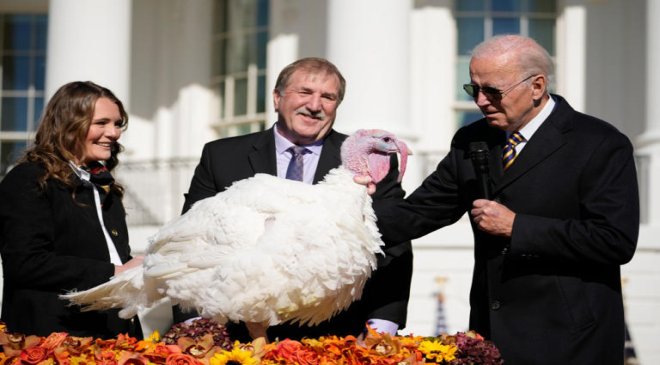 The president’s Thanksgiving dessert consisted of three types of pie — apple, coconut cream and pumpkin — as well as his favorite flavor of ice cream, chocolate chip.

The two turkeys Biden pardoned earlier this week as part of the classic White House tradition were aptly named Chocolate and Chip.

The president and first lady Jill Biden traveled to Nantucket earlier this week and spent Thanksgiving Day itself visiting a local fire department, calling in to the Macy’s Thanksgiving Day Parade and talking with members of the Armed Forces.