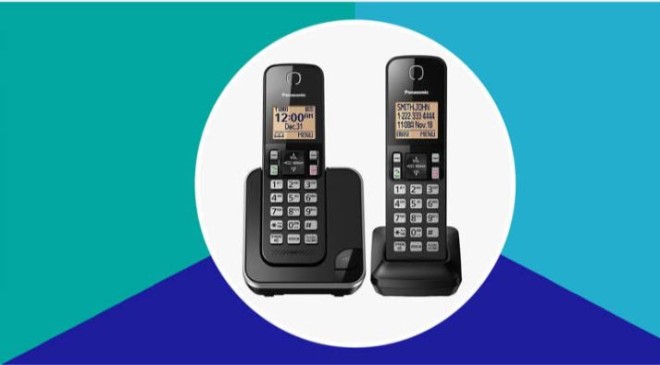 You may think that finally getting rid of your landline is a long-overdue move, but the truth is, there are several excellent reasons to have one. Most importantly: Safety. Your home phone number is assigned to your exact address, so when you call emergency services, they immediately know where you are. Plus, if you’re thinking of installing a home security system, many alarm companies require you to have a landline.

Keeping your landline doesn’t mean being tethered to the wall with a corded phone, though. While we graduated from flip phones to cell phones, cordless phones received some impressive upgrades, even as their base remained plugged into the wall. They deliver a sound that’s as good as or better than your cell phone connection. Plus, some have features that your cell phone doesn’t, like tools for those with limited hearing and vision. To come full circle, some sets offer Bluetooth and smart controls, allowing you to connect your cell phone to your handset. If you’re as convinced as we are that cordless phones are a handy technology to have around the home, you’re sure to find one on this list that works for you.

AT&T’s cordless phone system comes with all the features you need, and then some. The base has a digital answering machine and provides long-range coverage of each phone up to 600 feet away. The handsets boast noise-filtering tech, call blocker, caller ID, and speakerphone, and they can be used like an intercom system when not on a call.

The speakerphone, a well-lit screen, and large buttons make this VTech phone easy to use. You’ll also appreciate that it comes with Quiet Mode and that it can store up to 30 important phone numbers. With coverage of up to 1,000 feet between the handset and the base, this affordable cordless phone is a winner.

When you’re in the middle of a long conversation, Eco Mode kicks in, preserving battery life. And if you need it, the system can easily be expanded to up to six handsets.

If you’re the type of person who saves every number you get, this cordless phone from Gigaset is for you. It can store up to 200 phone numbers, and a list of 150 blocked phone numbers, too. This one comes with a digital answering machine, and you can plug headphones into the handset.

When you need a phone but don’t want your cell phone to get damaged or wet, this VTech rugged cordless phone is the solution.

Ideal for workshops or pool parties, it pairs (via Bluetooth) to your cell phone, so that you can make and receive calls from this handset instead. It’s shockproof, dust-resistant, it floats, and it can sync your cell phone contacts.

Sometimes you only need a reliable phone that does the basics. With large buttons and easy-to-understand controls, this is a great phone for senior citizens. The best feature here is the set of four buttons on the handset that can be pre-programmed to call anyone — 911, a family member, a neighbor — in an emergency.

Multiple phone users under the same roof are no match for this set of phones. With an astounding 2,300-foot range from the base to each handset, this system can be expanded to include up to 12 phones.

It comes with a digital answering machine, caller ID, and call blocker, plus Bluetooth allows you to connect up to two cell phones for having calls and listening to text messages.

Large buttons, a bright screen, caller ID, a loud ringer, and a 50-number phone book are some of the features that make this cordless phone user-friendly. However, if you have a family member with mobility or memory issues, the most useful feature here is the ability to attach a photo to a single speed dial button.

When you truly want a cordless-cellular hybrid system in your home, this Panasonic set can connect up to two smartphones, and provide access to Siri, Google Now, and S Voice.

Caller ID can be set in English and Spanish, and you can have your texts read to you, too. The entire set can also be used like an intercom system, or a single handset can double as a baby monitor.

Designed specifically for people with hearing loss, the Clarity cordless phone can increase sounds by up to 50 decibels, and make your speech up to 15 decibels louder, even on speakerphone. Plus, the ringer is extra loud and accompanied by a flashing light.

This phone is hearing aid-compatible, and assistive listening devices or headsets can be plugged in as well.