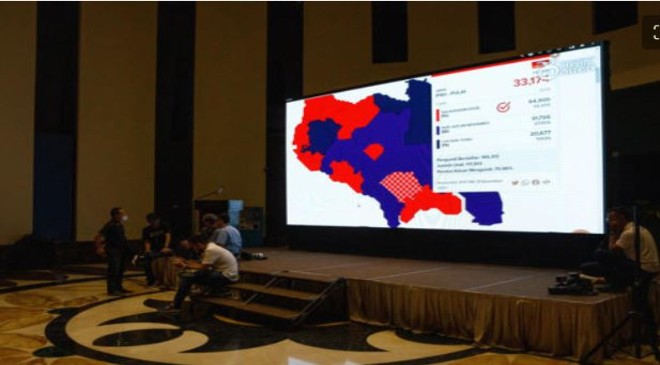 (Bloomberg) — Malaysia’s king granted party leaders another 24 hours to decide on their choice of alliance and prime minister, days after the national vote produced a hung parliament.

Party leaders have until 2 p.m. Tuesday to present to the monarch their plans on forming the new government, according to a palace statement about thirty minutes before the original deadline.

Neither Anwar Ibrahim’s reformist, multi-ethnic Pakatan Harapan coalition nor Muhyiddin Yassin’s pro-Malay, Islamist alliance won enough to gain a majority on Saturday. Former ruling coalition Barisan Nasional has emerged a kingmaker, with its chief Zahid Hamidi saying it had yet to decide which coalition to back.

The delay threatens to further drag out Malaysia’s years of political instability. No prime minister has remained in power for more than 22 months since the last general election in 2018.

Shortly after the palace issued the statement, Muhyiddin’s Perikatan Nasional alliance said it had submitted to the king sworn declarations of more than 112 lawmakers to support Muhyiddin as prime minister. PN had won 73 seats of the 220 parliament seats contested on Saturday, fewer than Pakatan Harapan’s 82.

Perikatan Nasional includes the Islamist Parti Islam Se-Malaysia, PAS, whose electoral gains caused stocks related to gaming and alcohol to slump on Monday. PAS’ rise could dent investor confidence as the party has previously called for the implementation of hardline Shariah law in the country.

Anwar Ibrahim in a separate briefing said he was optimistic of heading a coalition government with Barisan Nasional, and was now awaiting a formal decision from the former ruling bloc. A tie up between the two would provide Anwar the simple majority needed to form a new government. Still, one BN MP, former Defence Minister Hishammuddin Hussein, said he would rather be sacked from the party than work with Pakatan Harapan.