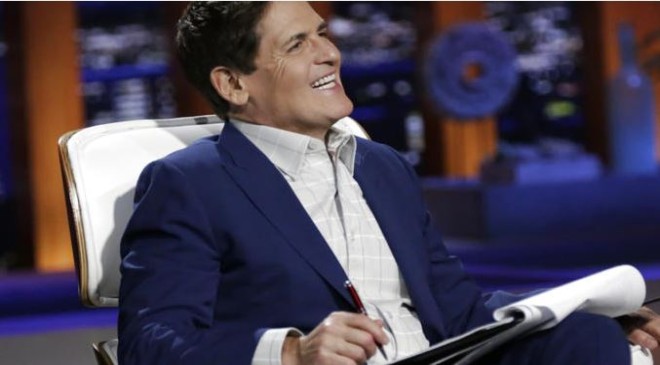 When Mark Cuban says he loves inspiring people — even kids — to start their own business, he can relate: The billionaire investor got his own start with a side hustle at age 12.

Now, Cuban has some advice for kids and teenagers looking to start their own businesses: Build around “something they can make or a service they can offer to friends, family and neighbors,” he tells CNBC Make It.

The topic comes up more than you might expect, Cuban says: His favorite part of being on ABC’s “Shark Tank” isn’t how much money he makes from his investments, or even the platform the show gives him. It’s how the show inspires other people to start their own business — no matter how old they are.

“I’ve had 12-year-olds [and] 14-year-olds come up to me and explain how they watch ‘Shark Tank’ and that taught them how to start their own businesses in school,” Cuban recently told a local Denver ABC affiliate. That’s because the show goes beyond seeing other people start businesses on TV: Viewers also get a mini-business tutorial with each televised pitch, he said.

“Maybe they don’t have a business education, but you can learn so much watching ‘Shark Tank,'” Cuban said.

At age 12, Cuban himself made money by selling garbage bags door-to-door in the Pittsburgh suburb where he grew up. “My dad told me the only way I could get new basketball shoes was if I had a job,” he told GQ in 2019.

Later, as a teenager, the future billionaire earned extra money by selling collectibles, like baseball cards, stamps and coins. He’s previously said that he earned enough money selling valuable stamps to help him pay for college.

“Collecting stamps is an amazing way to start to understand business,” Cuban reportedly said in 2014. “Each stamp has its own level of scarcity, of demand, of price, and as a collector you have to make decisions on when to keep a stamp, trade or sell it, and when to invest in a new stamp for your collection.”

In college, Cuban says he made extra cash as a bartender, party host and even as a dance instructor. “I was a hustler … I have always been selling,” he said during a 2016 “Shark Tank” episode. “I always had something going on. That was just my nature.”

That core lesson of monetization is a common one on “Shark Tank,” where Cuban and his fellow investors on the reality show offer viewers a glimpse of business basics in each episode — from the importance of solid profit margins to the ins and outs of royalty deals. They also highlight negotiation tactics and pitching skills, useful skills for MBA graduates and schoolchildren alike.

Today, Cuban is worth $4.6 billion, according to a Forbes estimate. He summed up how his long string of money-earning gigs as a kid helped propel him toward success, in a 2019 podcast interview.

“I think I invented the word ‘side hustle,'” he said.