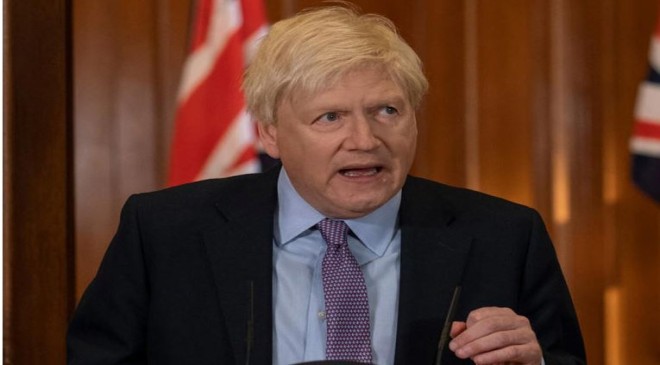 Do you remember the coronavirus pandemic? Chances are you do, firstly because it happened very recently (and is ongoing, according to the opinion of some scientists) and secondly because it was very, very horrible. The collective trauma of the event was unprecedented since the Second World War. With that in mind, here comes the show that precisely nobody was asking for: This England. Dominic Cummings yelling about Brexit! Dramatisations of people dying in the ICU!! Kenneth Branagh as Boris Johnson!!!

For all that This England (Sky Atlantic) sets out to be a panoptic view of the early months of the crisis, there’s a blonde tousled elephant in the room. Even if unintentional, the show is all about Boris Johnson, and the great problem with Branagh’s performance is that it’s simultaneously a fairly poor impression and an enormously distracting one. He paces and preens (not helped by a script that gives him lines like, “power is an aphrodisiac and absolute power is absolutely aphrodisiacal”) and the audience is constantly reminded that this is supposed to be BORIS JOHNSON. Scarcely a scene goes by without him trotting out a gobbet of Elizabethan poetry or Greek verse; it is characterisation with all the depth of a Wikipedia sub-category.

Branagh is a showy actor at the best of times, and in this he draws the eye away from much subtler performances: Ophelia Lovibond as Carrie Symonds, for example, or Andrew Buchan as health secretary Matt Hancock. A special critique must also be reserved for the episode openings that take Johnson’s newspaper columns and interview remarks and render them like Shakespearean soliloquies, with references to “tank-topped bum boys” and “my policy on cake is pro having it and pro eating it”.

It’s also symbolic of the show’s tonal imbalance. All sequences with Johnson (Branagh is decked out in prosthetics so terrifying that they could ward off trick or treaters) have the tenor of satire, just without the jokes. “I’ve got a bit of the old black dog today, as Winston used to call it,” mopes Johnson, staring, paintbrush in hand, at an empty canvas. “Well, channel it into your art,” Carrie responds obediently. But for all that the show relishes showing Johnson romping around Chevening reciting Shakespeare, the series is, at its core, a granular deconstruction of the behind-the-scenes decisions. Figures such as Chris Whitty (Jimmy Livingstone), Neil Ferguson (Anthony Howell), Sarah Gilbert (Zoe Aldrich) and Jonathan Van-Tam (Tom Nguyen) appear, along with dozens more of the real-life protagonists.

The production is handsomely mounted, and the attention to detail – aided by consultancy from The Sunday Times’ Tim Shipman – is superb. Indeed, this is part of its undoing: the more they seek the verisimilitude and impartiality of a historical document, the more absurd the decision to create such a stylishly fictionalised account looks. “Here lies the man who has done me wrong,” the voice of his ex-wife whispers in a feverish nightmare. Is this a warts-and-all look at what went wrong with Britain’s Covid response (a show, surely, no one would want to see) or a biopic of the tumultuous times of Britain’s most recent former prime minister (a show, surely, no one would want to see)?

Anyone who endures the full run of six hour-long episodes deserves the nation clapping them in their driveways. And “endures” is the word for it. The rendering of the miserable past two years as a form of entertainment was an inexplicable decision, and the botched execution is simply a by-product of that central commissioning error. People who suffered with their mental or physical health, people who struggled with financial security, people who lost loved ones, and people who want to spend their remaining time on Earth watching competent TV: all will want to avoid This England like the, er, plague.