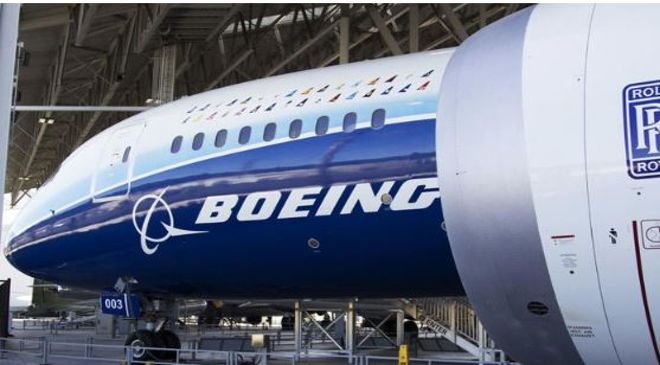 The SEC said Boeing and its former CEO made “materially misleading public statements following crashes of Boeing airplanes in 2018 and 2019”.

Boeing  (BA) – Get The Boeing Company Report shares edged lower Friday after the planemaker, as well as former CEO Dennis Muilenburg, agreed to pay just over $200 million in fines to the U.S. Securities and Exchange Commission for misleading investors in the aftermath of two fatal crashes of its 737 MAX aircraft.

Muilenburg, who left Boeing in 2019, will pay a $1 million penalty, the SEC said, with Boeing paying $200 million. Neither party is admitting or denying the SEC’s allegation that each made “materially misleading public statements following crashes of Boeing airplanes in 2018 and 2019”.

Boeing, which officially acknowledged that its software system played a role in two deadly 737 MAX 8 accidents in April of 2019, has already agreed to pay $2.5 billion in fines and compensation following a criminal investigation by the U.S. Department of Justice.

The planemaker said the cause of Ethiopian Airlines Flight 302’s fatal crash, which killed 157 people in Mach of 2019, as well as the Lion Air 610 disaster in Indonesia in early October of 2018, which took the lives of 189 people, were caused by activation of the Maneuvering Characteristics Augmentation System, or MCAS, in response to “erroneous angle of attack information” from a broken sensor.

The SEC said that, after the first Lion Air crash, “Boeing and Muilenburg knew that MCAS posed an ongoing airplane safety issue, but nevertheless assured the public that the 737 MAX airplane was ‘as safe as any that has ever flown the skies.’

“In times of crisis and tragedy, it is especially important that public companies and executives provide full, fair, and truthful disclosures to the markets,” said SEC Chairman Gary Gensler. “The Boeing Company and its former CEO, Dennis Muilenburg, failed in this most basic obligation”.

Boeing shares were marked 0.7% lower in pre-market trading to indicate an opening bell price of $137.75 each, a move that would extend the stock’s year-to-date decline to around 33.3%.

While the 737 MAX has been returned to service in the United States, as well as many other markets around the world, it remains grounded in China.

The Best Ideas For You To Build Wealth

A members-only investing club that helps you grow your portfolio with real-time trade alerts, analysis of major market events, and key opportunities.

The Civil Aviation Authority issued an “airworthiness directive” on December 2 of last year that provided instructions to airline operators as to what changes are required from the 737 MAX before the planes can be included in fleet operations, but has yet to issue final approval after months of negotiations.

Boeing CEO Dave Calhoun said last week that he felt there was “a chance” that regulators would clear the 737 MAX 10 before the end of the year, but CFO Brian West also indicated the company could ‘remarket’, or sell some of the 140 planes destined for China to other customers around the world, if regulators continue to delay its approval.