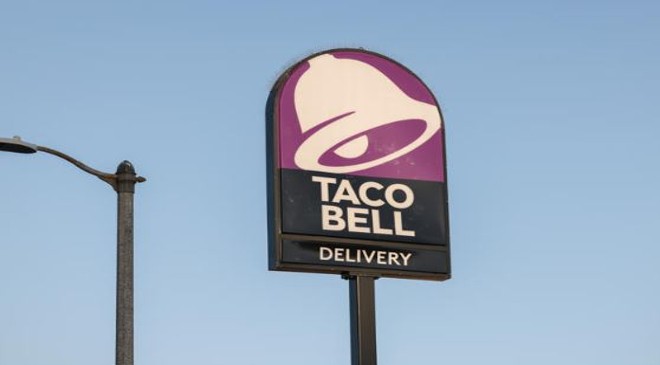 A man’s body has been found in a car at a Taco Bell parking lot in Nebraska, according to police.

Lincoln Police Department was alerted to reports of an unconscious man at the fast-food restaurant, which is off S 27th Street and Southpointe Trail, at about 10:40 p.m. on Monday.

The officers found a 22-year-old man dead in the driver’s seat of a gray sedan. A Taco Bell employee told police that the vehicle had been parked in the lot for at least a day, according to CBS affiliate KOLN.

Lincoln Police said there were no obvious signs of foul play and have launched an investigation. An autopsy was scheduled for Tuesday, according to KOLN.

The man’s identity and cause of death have not been released as of Wednesday morning.

Newsweek has contacted the Lincoln Police Department for comment.

According to the National Missing and Unidentified Persons System, run by the Department of Justice, 4,400 unidentified bodies are found in the U.S. on average every year. About 1,000 are still unidentified after one year.

The organization states that there are currently 14,158 open unidentified persons cases across the U.S. The number in Nebraska is just six.

Since the start of August, at least three other incidents of bodies found in cars have been reported across the U.S.

An investigation was launched on September 5 after a body was found at a Walmart parking lot in Arkansas.

Shoppers in Fort Smith alerted police after they spotted the body inside a vehicle parked close to the Walmart in 8301 Rogers Avenue.

A Fort Smith police statement read: “Upon arrival, it was discovered that bystanders had located the 50-year-old white male inside his vehicle. The investigation is now underway and more information will be released when available.”

Last month, a man’s body was found in the trunk of an SUV at a scrapyard in Lynwood, Washington.

The vehicle, a 2002 Ford Explorer, had been bought at auction by Braven Auto and Metals, and was due to be scrapped. Braven workers found the body inside the SUV on August 4 and alerted the police.

On August 1, a body was found inside a vehicle at a Kentucky car wash. The Lexington Police Department was called because of reports of a foul odor coming from a vehicle at the Red Mile Car Wash.

Officers found a decomposing body in the vehicle, which was parked outside the premises, but investigators did not find anything else suspicious or unusual at the scene, according to the Lexington Herald-Leader