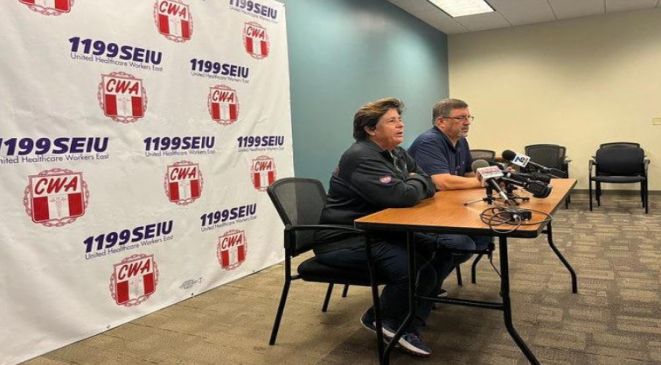 “It’s not a surprise,” says Art Wheaton of the Worker Institute at Cornell. “This is all part of the process.” Wheaton adds just because you take a vote for a strike does not mean you are planning on going to strike. “What that does is it empowers the bargaining team to bargain with the knowledge that the membership is behind them,” notes Wheaton, adding if they decide they need to call for a strike, the membership will support it.

Obviously, says Wheaton, the best way to resolve the matter is at the bargaining table, where it’s always a matter of compromise. “Hopefully they can find a way to come to a middle ground where they can get enough money or enough benefits or enough health and safety. And I think the big issue is staffing requirements for the Union, so that they can feel safe and have a good workplace,” says Wheaton. He says the strike vote is just part of giving the union more ammunition or more support as they’re at the bargaining table.