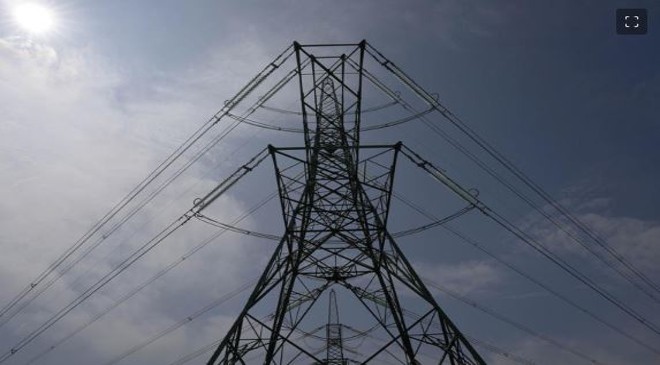 LONDON (AP) — A deepening cost-of-living crisis in Britain is about to get worse, with millions of people expected to pay about 80% more a year on their household energy bills starting in October.

The U.K. energy regulator on Friday is set to announce the latest price cap, which is the maximum amount that gas suppliers can charge customers per unit of energy. It could mean people pay up to 3,600 pounds ($4,240) a year for heating and electricity, according to analysts’ forecasts.

Scores are already struggling to make ends meet as inflation soared to 10.1% last month — the highest in 40 years — and the rapidly spiraling costs of energy and food are certain to hit the poorest the hardest.

The government is facing widespread calls to do more to offer relief, but no new measures are expected before the Conservative Party chooses a new prime minister to replace Boris Johnson.

Here’s a look at the rising energy costs in the United Kingdom:

HOW STEEP IS THE RISE?

Annual energy bills for the average household paying by direct debit have already risen by a record 54% so far this year. Now, bills are capped at 1,971 pounds ($2,320) a year, compared with about 1,200 pounds last winter.

Under the revised price cap Friday, average household energy bills are expected to jump to around 3,600 pounds a year starting in October. They will go still higher when the price cap is updated again in January, expected to exceed 4,000 pounds.

U.S. bank Citi forecast that the huge energy cost increases could drive U.K. inflation to 18% next year. The Bank of England predicts a recession starting later this year.

Charities and public health leaders warn that the rocketing bills will be a “catastrophe” for poorer people heading into winter, as growing numbers are forced to make impossible choices between heating their homes and putting food on the table.

The energy regulator, the Office of Gas and Electricity Markets, said the quarterly update is meant to mitigate volatility in the energy market, allowing energy suppliers to better manage their risks so there’s no sudden cost hikes for consumers.

WHY ARE ENERGY PRICES RISING?

Global oil and gas prices have been rising sharply since last year as economies worldwide recovered from the coronavirus pandemic and demand for energy surged. Russia’s war in Ukraine created an full-on energy crisis as Moscow reduced or cut off natural gas flows to European countries that rely on the fuel to power industry, generate electricity and heat and cool homes.

Shrinking supplies, higher demand and fears of a complete Russian cutoff have driven natural gas prices to record highs, further fueling inflation that has squeezed people’s ability to spend and raised the risk of a recession in Europe and the U.K.

“The market shows no sign of finding a new equilibrium,” Rystad Energy analyst Lu Ming Pang said. “Market sentiment is a mixture of price record fatigue with quiet acceptance that this new normal is here to stay.”

Although Britain only imports a small percentage of its gas from Russia, the U.K. relies more on gas than its European neighbors because it has less nuclear and renewable energy. It also does not have as much capacity to store gas, forcing it to buy on the short-term spot market that sees greater volatility in prices.

WHAT IS THE GOVERNMENT DOING ABOUT RISING ENERGY PRICES?

Officials say they have set aside a package of support worth 37 billion pounds to help with the cost of living. All households will receive 400 pounds off their energy bills this winter, and millions of low-income people will get a further 650 pounds.

The measures have been widely criticized as inadequate, but no new policy is expected until after Sept. 5, when the Conservatives announce who they have chosen for a new leader.

Some, including the opposition Labour Party, have called for officials to significantly increase financial support for people and to freeze the energy price cap. Labour proposed to pay for it by extending the government’s temporary tax on the windfall profits of oil and gas companies.

Neither Liz Truss nor Rishi Sunak, the two politicians vying to become the next prime minister, appear to back such a plan.

Some critics say the U.K.’s fully privatized energy market — which can be traced back to Margaret Thatcher’s liberalization drive in the 1980s — is partly to blame for the crisis.

Receiving “400 pounds, or 1,200 pounds in government support is not going to help very much — these are just sticking plasters,” Speciale said. “What we need to address is systemic problems. Because the system is entirely private, there’s very little that the government can do to intervene in this.”

HOW DOES THE UK COMPARE WITH EU NEIGHBORS?

Energy prices are rising in other European countries, too, but people in some countries have not seen the same level of rocketing bills as the U.K.

In France, gas prices are frozen at October 2021 levels, and the freeze has been extended until the end of the year following a government decree announced in June. Low- and middle-income households also receive 100 euros to buy gas and electricity.

In Germany, average electricity prices for households rose up to 38% over the past year. A new levy to prop up energy companies buying more expensive natural gas would add several hundred euros for an average household per year. But the government is temporarily lowering taxes on natural gas from 19% to 7% to offset those costs and has approved one-off cash subsidies.