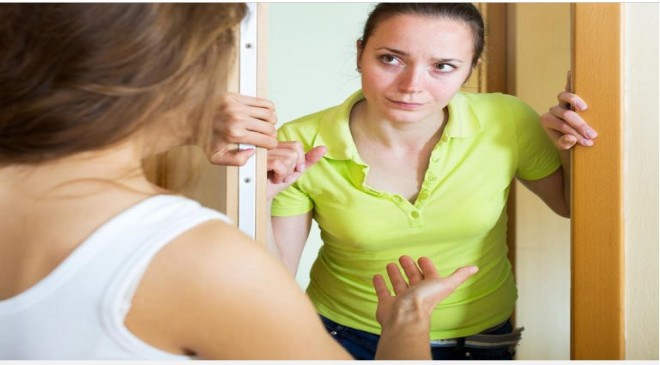 Despite the housing shortage, a Florida woman is being mocked for threatening to report her neighbor to the building administration because they have a two-bedroom apartment despite living alone.

The neighbor, u/Virtual-Fly4632, shared their side of the story to the popular Reddit forum u/AmITheA**hole, earning 7,500 upvotes and 800 comments for their post, “[Am I the A**hole] for telling my neighbors that I don’t care for their living situation?”

The original poster (OP) opens by saying that they recently moved from Miami up to Orlando, due to the cost of living being cheaper. They work from home, and have two dogs, so they were looking for a two-bedroom apartment—one bedroom to sleep in, and the other to convert into an office. OP says that they used to have their office in the same room as their bedroom, and that it “felt suffocating like I never got to escape work.”

A month after OP arrived, a new family moved into the same building. Being an introvert, the OP hadn’t introduced themselves until recently, saying they usually only talk to neighbors when walking their dogs and someone else comes along with their pup.

But recently the new neighbor happened to see OP while they were throwing out the trash. The new neighbor introduced herself, and in the course of conversation, asked if the OP had a significant other they were living with. When OP said no, the neighbor looked “annoyed,” and asked if they had a two-bedroom apartment. OP confirmed they did, and the neighbor asked why—so they explained the office situation.

“Now this is the part where I may be the a**hole. She said that it was really inconsiderate and rude to bigger families to take up a 2 bedroom apartment by myself. That her family of 4 (husband, wife, 2 kids) have to share a 1 bedroom because people like me decide to steal the 2 bedroom apartments,” u/Virtual-Fly4632 wrote.

Though OP sympathized, they said there wasn’t anything they can do—and the neighbor shot back that they should trade apartments. OP laughed, assuming it was a joke, but it wasn’t. They then suggested the neighbor should have “looked harder” and it’s not their fault she didn’t have the two-bedroom apartment she wanted.

“She said she was going to report me [to] the building and I said that she should… report me to [Florida Governor Ron DeSantis] while she’s at it. I went inside and left her there screaming like a crazy person,” u/Virtual-Fly4632 wrote.

While reporting a rent-paying tenant to the building authorities over having an extra bedroom is unlikely to work, Florida—and the rest of the United States—is in a housing crisis. The number of homes being built has dropped resulting in a housing shortage. Last month, home builder confidence—the index showing builders’ faith in being able to turn a profit on new homes—fell 12 points, the seventh consecutive month to see a drop.

Economist Jose Torres has said that the housing market is poised to have a crisis similar to that of 2008, when home prices crashed due to a combination of high prices, high mortgage rates and high inflation. However other economists, like Daryl Fairweather of Redfin, expect the market to correct itself.

Though the housing shortage is a real problem, yelling at tenants is not likely to result in action, and Redditors agreed.

“I think laughter was the appropriate reaction. Next time, just ignore her and her family completely. Consider getting a doorbell camera because these people are clearly unhinged,” u/Apatheticforcredit wrote in the top-rated comment with 10,200 upvotes. “[Not the A**hole]”

“Entitled people suck. Wish you would’ve said the other room is your taxidermy room or something,” u/beetelguese added.

“[Not the A**hole]. I snickered. I completely side with you as a renter of a two-bedroom. It’s just me and my spouse. We have a two bedroom for exactly the same reason you do – to separate his work from the rest of our space. We moved from a one-bedroom because the space wasn’t conducive a healthy WFH/living balance. As for your neighbour, that clearly isn’t a you problem, it’s a them problem,” u/nikkesen wrote.