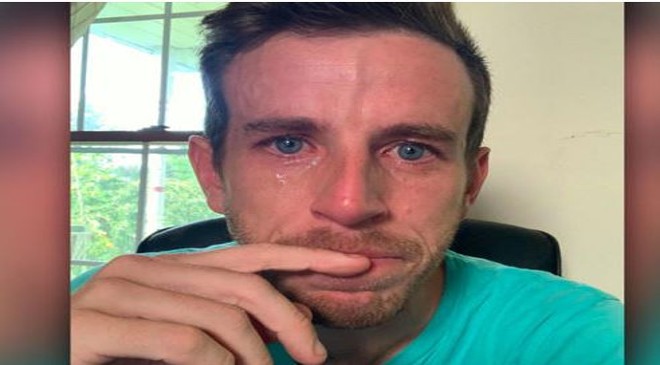 The “crying CEO” said he never intended to become a viral phenomenon.

Braden Wallake’s emotional LinkedIn post about having to lay off employees at his Ohio-based marketing-services company became the talk of social media this past week. But Wallake told MarketWatch he was as surprised as anyone that so many people responded to what he shared.

“I think I have 22,000 connections on LinkedIn and for most of my posts I get 20 engagements and a couple of comments,” he said in an interview on Friday afternoon.

By contrast, the “crying” post has generated more than 7,500 comments on LinkedIn, to say nothing of thousands of responses on other social-media platforms.

Much of the feedback has been negative, with some accusing Wallake of making the story more about him than his dismissed employees. Wallake did respond with a second LinkedIn post in which he aimed to clarify the situation and said he wasn’t trying to “victimize” himself.

Wallake told MarketWatch that he has welcomed the feedback he has gotten, both positive and negative — up to a point. He said the threats he has received, such as one wishing his family got cancer, were “a little unexpected and aggressive.”

Wallake also said he thinks many people have misunderstood the details about his company. His is not a large corporate entity, but an operation with fewer than 20 employees, he noted.

“I’m just a small business owner,” he said. “It’s not like I’ve got a fourth mansion.”

Which is why Wallake said he was so devastated about having to let employees go — and he noted that it was just two employees, not a mass layoff. He blamed himself because the company didn’t have enough work to provide them.

“I wanted them to know that they would be taken care of. I sat there and cried,” he said of the response that led to the initial LinkedIn post. He added he also wanted to show the world that while there may be heartless CEOs out there, “there are also a lot of people like myself.”

And, yes, he said, his tears were genuine — not the result of chopping onions, as some have teasingly suggested.

Wallake’s sudden fame — or infamy, depending on how you view it — may have a fortuitous outcome. The “crying CEO” said he is suddenly fielding numerous requests from people potentially interested in hiring his company. If his business picks up, he could be in a position to rehire the dismissed employees.