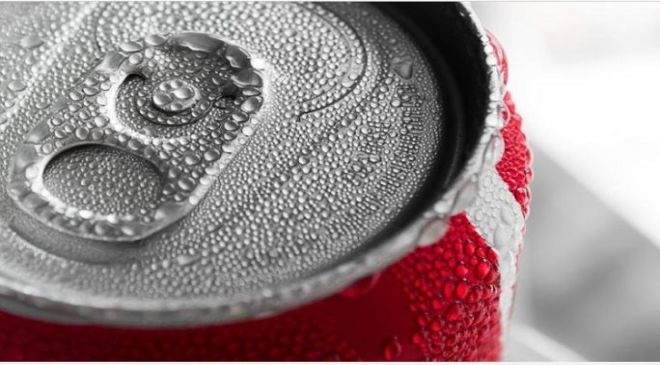 It may surprise you to learn that half of all heart attacks happen in people with normal cholesterol. A 2017 study in the New England Journal of Medicine looked at 10,000 patients who had suffered heart attacks and saw elevated blood levels of a protein associated with inflammation—C-reactive protein, or CRP. They administered an anti-inflammatory drug to some and a placebo to others; the anti-inflammatory group saw 37 percent less inflammation and 15 percent fewer cardiovascular events (such as heart attacks) compared with the placebo group.

Remember the days when we all believed eggs were a nutrition no-no? Fortunately, as the above-referenced study might suggest, science has uncovered a lot about cholesterol and heart health since then. More recent research has shown that while certain foods contain cholesterol, many aren’t the main cause of high “bad” cholesterol levels in the blood.

After researchers discovered that one form, HDL, may actually be protective to the heart, many cardiovascular clinicians have backed away from using total cholesterol as the marker of heart health. Since then, LDL cholesterol has become the concerning indicator to watch (though some doctors look at all non-HDL cholesterol, including both LDL and VLDL).

Now that researchers know high-cholesterol foods don’t actually raise blood cholesterol that much, they’ve had to look to other culprits, says registered dietitian Marie Spano, a sports nutritionist based in Atlanta. Public enemy number one turns out to be sugar: It may be even worse than saturated fat in raising cholesterol and overall heart disease risk, per research in Progress in Cardiovascular Diseases. (That’s probably why it makes our list of the worst foods for your heart.)

According to research published in JAMA, a diet high in sugar—and sweetened beverages like soda are a major source—drives up bad LDL cholesterol and triglycerides (another type of blood fat), while depressing levels of good HDL cholesterol. Add these sweet beverages to your list of foods to avoid if you are concerned about high cholesterol.

One of the foods to avoid with high cholesterol is meat. You may not realize, however, that your body needs some cholesterol—it’s put to use building cells and crucial hormones. According to research in the American Journal of Clinical Nutrition, lean and unprocessed red meat, when eaten as part of a Mediterranean-style diet, may improve heart health.

“This study is important because it shows that red meat can be part of a heart-healthy eating pattern, like a Mediterranean-style eating pattern,” says Wayne W. Campbell, professor of nutrition science at Purdue University in West Lafayette, Indiana, in a news release. A meta analysis published in Circulation concluded that consumption of processed meats, but not red meats, is associated with higher risk of heart disease. The Purdue study showed that adults who are overweight or moderately obese could benefit from a Mediterranean-style diet with or without red meat as long as the red meats were lean and unprocessed.

“Man-made trans fatty acids raise cholesterol and independently contribute to heart disease risks,” says Spano. And while many manufacturers have removed—or are in the process of removing—trans fats, they still pop up in a surprising number of bad cholesterol foods: Prepackaged baked goods, desserts, even some types of chocolate. Read labels and avoid anything with partially hydrogenated oils listed among the ingredients, Spano says.

The oils used to fry—or deep-fry—foods are often high in unhealthy fats, and research in Food Chemistry found that cooking food in these oils at high temperatures induces chemical reactions that increase the formation of trans fats. These deep-fried foods to avoid with high cholesterol also tend to be unhealthy or fatty to begin with—think of fried chicken, fried mozzarella sticks, and donuts, for example—making them a double threat.

When you eat simple carbohydrates that are stripped of fiber your body breaks them down just like sugar, and both inflammation and LDL cholesterol rise as a result. Overeating refined carbs such as white rice, white-flour pasta, and white bread can have the same effect on your body as drinking soda, says registered dietitian Amy Shapiro, who is based in New York.

Not only are most cereals made of refined carbohydrates, but cold breakfast cereals also tend to pack in the added sugars, warns Spano. In one study in Plos Biology, people who had healthy blood sugar levels entered prediabetic and diabetic levels after eating one bowl of cereal with milk. Other research in the World Journal of Gastroenterology points at sugar as the chief cause of fatty liver disease, which increases heart attack risk. Eating too much added sugar and starch over time can also raise blood pressure, increase chronic inflammation, and lead to high triglycerides, low HDL, and high amounts of VLDL. Unsweetened oatmeal (look for steel-cut or slow-cooking types that you can sweeten naturally) is a heart-healthier choice, thanks to all the fiber it delivers.

Coconut products (oil, flour, water) are enjoying popularity among some health gurus, even though their high saturated fat content can raise LDL cholesterol. Whether it’s saturated or unsaturated, fat of any kind tends to nudge HDL levels up, though coconut oil seems to be especially effective at it. The jury’s still out, so best to eat it sparingly. (Although, one Harvard professor called coconut oil “pure poison.”)

The American Heart Association issued an advisory against replacing healthier oils—like vegetable—with coconut oil. When it comes to cooking, all oils are not created equal. From nutrient status to light exposure during storage to smoke point, here’s a guide to the safest cooking oil for any meal.

While generally lacking in nutrients and not good for you, fast food can have an especially insidious effect on cholesterol. A 2017 study in the Archives of Disease in Childhood found that people who ate fast food more than once a week has an increase in LDL and total cholesterol compared to levels in people who rarely ate it. Study authors said that over the long term, the elevated LDL and total cholesterol levels could raise the study subjects’ risk of coronary artery disease by 10 percent. Salt is also abundant in fast food, and it raises blood pressure, another risk factor for heart disease. And if the fast food meal includes a soft drink, that’s a triple whammy of foods to avoid with high cholesterol, as consuming too much sugar can cause obesity, and risk of heart disease increases as weight and waist circumference do.

Salads are supposedly healthy, but they make the list of foods to avoid with high cholesterol if you drizzle them in a commercial salad dressing. Most contain a surprising amount of added sugar, says Spano. In fact, when the consumer group Label Insight crunched the numbers, they found that 91 percent of the more than 4,200 dressings in their database contained added sugars; worse, a single two-tablespoon serving could exceed daily sugar limits. Stick with oil and vinegar or a DIY dressing.

While the jury is still out on just how much of an effect foods have on cholesterol levels—it’s especially true of dairy. Some research indicates that things like aged cheddar and yogurt, even though they’re whole fat, have little to no effect on blood cholesterol, says Spano. In general, it’s fine to consume these foods in moderation. As always, try to get more plant-based and fewer processed foods into your diet on a regular basis—an undisputed winning dietary strategy. Your heart will thank you, Spano says. (Now that you know about these bad cholesterol foods, check out the 10 meals cardiologists cook for themselves.)