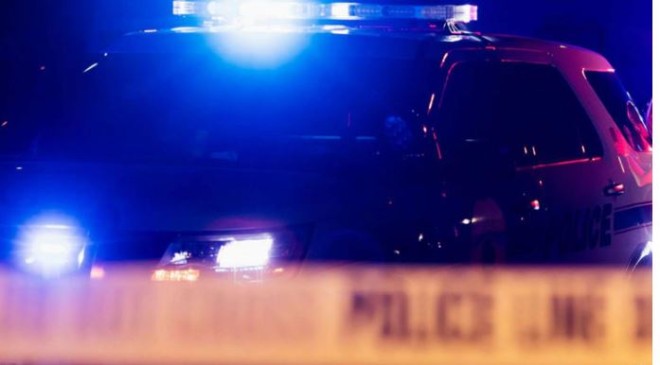 A police officer was shot and killed during a traffic stop in Elwood, Indiana, on Sunday.

Officer Noah Shahnavaz, 24, was conducting a traffic stop in Madison County at around 2 a.m. when a suspect exited their car and began firing, Indianapolis ABC affiliate WRTV reported.

“For an unknown reason, the suspect exited the Buick and fired multiple rounds striking the officer at least one time. Before additional officers arrived, the suspect fled from the scene,” the Indiana State Police said in a news release, according to WRTV.

Shahnavaz was taken to a local hospital and then to one in Indianapolis, where he died from his injuries. He was a five-year Army veteran and had been with the police department for 11 months, Elwood police said, WRTV reported.

The suspect was later taken into custody after again fleeing from police. He has been identified as Carl Roy Webb Boards II, 42.

“Finding the right words to say has been a challenge,” Mayor Todd Jones said in a statement posted to the city’s Facebook page. “How do you put into words the feelings and emotions that we have all been experiencing since we learned the tragic news about the death of one of our own, Officer Noah Shahnavaz.”

“A senseless act of violence robbed this young man of the life and career he had ahead of him. As a father, I simply cannot fathom what Noah’s parents must be going through right now,” he continued. “Noah was not only part of the Elwood Police Department, he was part of our city family and we are grieving this tremendous loss, and we know we are not alone.”

Elwood is about 50 miles northeast of Indianapolis.