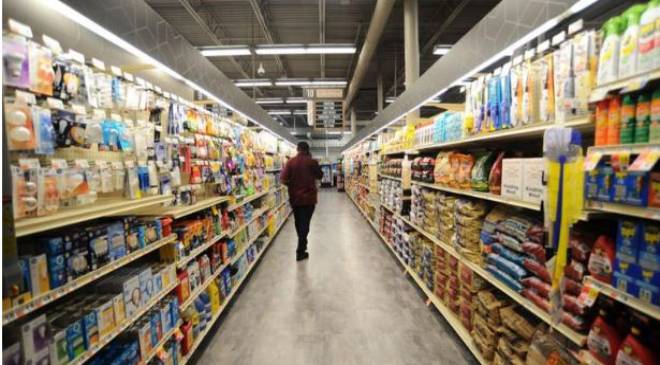 Prices across the economy are rising faster than they have done for 40 years.

The increase in the cost of living is putting a squeeze on people’s finances, as incomes fail to keep up.

Inflation is the increase in the price of something over time.

For example, if a slice of pizza costs $1 and that rises by 25 cents compared with a year earlier, then pizza inflation is 25%.

Every month in countries like the US and UK, the government releases a new figure estimating how much prices are rising overall.

Many countries are reporting multi-decade highs, including the US where inflation hit 9.1% in June, the fastest rate since 1981.

The International Monetary Fund expects inflation to reach 6.6% in advanced economies and 9.5% in emerging market and developing economies.

What is causing inflation?

Many things are contributing to the high rate of inflation, including:

In the US, the rise in inflation started during the pandemic, as government spending, including cheques for families, kept demand unusually high. In many other parts of the world, such as Europe, the problem stems from more recent issues, like the war in Ukraine.

How do we measure inflation?

To come up with an inflation figure, government statisticians track the prices of thousands of everyday items. This is known as the “basket of goods”.

The basket is updated regularly to reflect changes in what people are buying and differs depending on the country.

For example, in the US, healthcare prices form a much bigger part of the overall calculation than in the UK, where medical bills tend to be a smaller part of people’s expenses. By contrast, alcohol prices are weighted more heavily in the UK.

Each month’s inflation figure shows how much these prices have risen since the year before. This is known as the Consumer Price Index (CPI).

How has inflation affected pay?

Pay increases haven’t kept up with prices, even in countries like the US, where a hot labour market has pushed companies to increase wages.

When inflation is taken into account, the average hourly wage in the US was actually 3.6% lower in June than 12 months earlier. In the UK, pay is falling at its fastest rate since 2001, generating a cost of living crisis.

Which countries are seeing the worst inflation?

The rising cost of living is a global phenomenon, as increased energy costs, shortages of goods and materials and the fallout from Covid affect countries around the world.

In recent months, countries with ties to Russia – like Estonia and Lithuania – have been hit particularly hard, a consequence of the war in Ukraine.

Changes to energy price caps are also affecting the rates, as in the UK, where an increase in the cap accounted for almost three quarters of the jump in inflation in April.

Meanwhile, oil producer Saudi Arabia is among the countries with the lowest inflation rates, while in Japan – which has historically struggled with inflation considered too low – it has remained relatively stable.

When will inflation come down?

Many economists are hoping that the surge in prices will start to peak by the end of the year, reflecting the impact of central banks raising interest rates.

In the US, central bank policymakers expect inflation to fall below 3% in 2023.

But there are plenty of questions about whether that will happen. Historically, when inflation has risen above 9% it has taken years, not months, to recover.

Higher interest rates make it more expensive for businesses and households to borrow, which reduces demand and should, in theory, help to ease the pressures pushing up prices.

However, when inflation is caused by things like rising energy prices worldwide, some worry interest rate rises have more limited power.

What can Joe Biden do to fight inflation?

There’s very little politicians can do. Economists say price caps, which some countries have implemented, only make the underlying problem worse by subsidising demand. They recommend targeted relief for the worst-off instead.

In the meantime, dissatisfaction over the issue means mounting political unrest around the world.

In Sri Lanka, where inflation is running at more than 50%, the crisis forced the resignation of the former president. Panama has also been home to major demonstrations, while worker strikes have disrupted the economy in Europe and the UK.

In the US, Joe Biden’s approval ratings have sunk and his Democratic Party is widely expected to lose the next round of national elections in November.