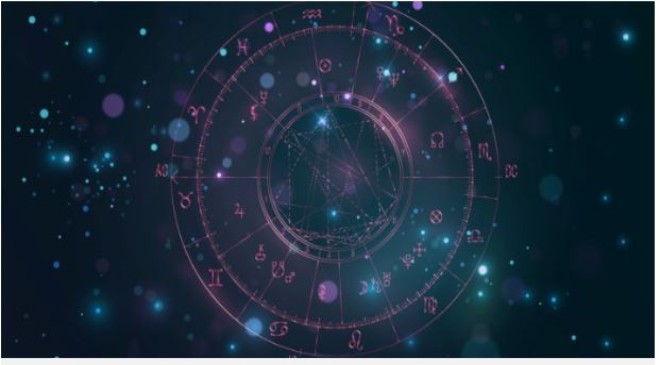 Every couple of years or so, a news story pops up again about how the zodiac signs change places in the skies over the past couple of centuries. It’s turned into a recurring freak-out, as many people worry that they might actually have a different Sun sign than the one they believed they were born under.

Well, first of all, the zodiac constellations are still exactly where they’ve always been. The only thing that’s shifted is the Earth’s axis (this natural wobble is called precession), so yes, the signs really do appear at slightly different times of year than they used to.

But you may be surprised to learn that Western astrology is not — and has never been — about the actual constellations.

The zodiac signs and their qualities are not linked to the physical locations of the stars.

Early astrologers merely used those stars as convenient markers for the twelve segments of the ecliptic: the path that the Sun takes across the sky over the course of a year. It’s these twelve segments (or astrological Houses) that are important to astrology, and they just happen to be named after the constellations that early astrologers saw behind them.

To put it another way, if the constellation rising above the horizon on March 22nd had been Scorpio instead of Aries, then Scorpio would have been the outspoken, impulsive cardinal Fire sign.

Astrology is about time and geometry — not the actual stars. Your birth sign has not changed. Having said all that, your Sun sign does change two or three times throughout your life!

Most people know what a birth chart (or natal chart) is: a diagram of the locations of all the planets and houses at the time that someone was born. It shows one’s strengths, weaknesses, and personality quirks. It’s an outline of what you’ve got to work with as you start out in life.

But how does astrology account for the human ability to grow and change over the years?

Maybe someone’s birth chart showed their Sun in Cancer, predicting that they would be shy and introverted. At some point, they decided that they wanted to be more outgoing. It took some work, but they managed to change a major part of their personality.

Does that mean their birth chart no longer applies? Nope, it just means that they’ve progressed.

What is Progressed Chart Astrology?

Developed by astronomer and astrologer Johannes Kepler in the 1600s, a progressed birth chart reveals the subtle changes you go through in life by calculating how the planets have progressed over time from their placements in your natal chart.

A progressed chart in astrology is calculated by moving the planets up one day for each year of your life.

For example, let’s say you were born on January 1st, 1990. The Sun, Moon, and planets each have their own specific points in your natal chart. On January 1st 1991, the planets in your progressed chart move everything up by one day, to where they would have been on January 2nd, 1990.

By the time you’re 30 years old, your progressed chart shows 30 days of planetary movement since the day you were born.

How to Calculate Your Progressed Chart

To calculate your progressed chart, you’ll input your birthdate, place, and time just as you would your traditional natal chart. In addition, you’ll add the present date (or any date following your birthday) in order to calculate where the planets sit now as opposed to their placements when you were born.

A progressed chart does not mean your zodiac sign has changed.

At some point during that time, your progressed Sun, which represents your conscious mind, will have moved into a sign adjacent to your birth sign. You will still always carry the qualities inherent in you as portrayed in your birth chart. However, your progressed chart simply shows how you as a person have grown over time.

Likewise, your Moon, which represents your subconscious, intuitive awareness, has changed signs at least twelve times.

The fast-moving inner planets, which generally represent the concerns of daily mortal life, will have changed signs two or three times. The slower, outer planets, associated with your sense of cosmic awareness and spiritual matters, probably have not moved very much.

In fact, when an outer planet changes signs in a progressed chart, it’s kind of a big deal. That’s connected to the evolution of your soul, rather than your mortal personality.

Let’s take another look at our example of introverted Cancer. It takes them a few years of working on their self-confidence and social skills to overcome their shyness. By the time they’re 30 years old, their progressed Sun has moved into Gemini — an outgoing, talkative Air sign.

While they still carry their Cancerian qualities (they probably will always care deeply about their privacy and family life), their Sun and all the planets in entirely new positions in the progressed chart will show the subtle evolution of their personality, the ideas and events that have made an impression on them, and the type of energies that they’ve got to work with from this point forward.

How the Progressed Planets Affect You

If you want to get an idea of what your life will be like in 10, 20, and even 30 years down the road, you could look at the planetary transits to your natal chart for that time — but that just shows you the energy you’d be dealing with on that day. It doesn’t really reveal how you will have grown and changed during the next decade, or what the more permanent conditions in your life and relationships will be like.

The progressed chart gives a much more complete picture.

Just as your Sun sign is your overall personality and the one people refer to when talking about your zodiac sign, the progressed Sun reflects noticeable changes in your personality and how you express yourself.

The sun progresses less than one degree per year and each zodiac sign encompasses 30 degrees, so your Sun sign will progress only a few times throughout your lifetime.

Your Moon sign reveals your emotional personality, such as your internal desires and moods. The Moon progresses at about one degree per month, meaning your Moon sign will progress once every two and a half years or so. This is the most of any of the planets and therefore the area that you’ll see the most evolution throughout your life.

As you progress through each Moon sign, your emotional intelligence strengthens as you have the opportunity to experience all the different Moon Sign traits.

Your Mercury sign largely determines your communication style and how you express yourself. Mercury progresses roughly one to two degrees per year, slowing whenever the planet goes retrograde.

Venus is the planet of love and beauty. Your Venus sign governs your relationships (such as your love language and what you’re looking for in a romantic partner) as well as your core values and aesthetic.

Venus is a slow-moving planet, taking about 30 years to get from one sign to the next. Therefore, your overall Venus sign traits are unlikely to change too much throughout your life.

Mars is the planet of passion and war, which presents as your below-the-surface urges and desire in your Mars sign. For example, how you deal with anger and your sexual desires.

Another slow-moving planet, Mars moves at about half a degree per year, meaning it takes about 60 years to get through one astrological house.

You can’t change the movements of the planets, but you can prepare yourself to deal with any upcoming problems more effectively and figure out how to get something positive out of it.

If you see that you’ll have issues with your romantic relationship in a few years, that doesn’t automatically mean that you and your beloved are doomed to split. It could just mean that you two will have a challenge to overcome and it might even bring you closer together.

With enough awareness and preparation, you might even be able to avoid the worst events completely.

Remember, too, that no divination system is perfect or even very precise. A horoscope does not show the future as it must be, but only as a collection of possibilities.

We’d love to be able to see exactly what the future brings, right down to the name and hair color of our future spouse, but it just doesn’t work like that. (Besides, it’s usually more fun to be surprised.) If you focus more on the type of energy and interactions that your charts can show you, you’ll be ready for anything.