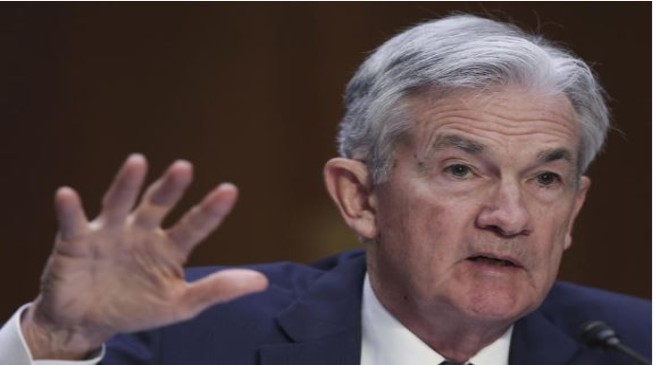 If there is any upside for investors from the slowing U.S. economy, it’s that the Federal Reserve may have no other choice but to put the brakes on its aggressive pace of rate hikes later this year.

“There are two reasons that they would slow the pace,” Goldman Sachs Chief U.S. Economist David Mericle told Yahoo Finance Live at the firm’s 10,000 Small Businesses Summit (video above). “One reason is I think the economy is going to slow a lot. And you’re going to see that in a much more across-the-board way.”

He noted that “once Fed officials can say our policy rate is above our estimate of the long run rate — which they’ll be able to say by that September meeting that we’re above 2.5% — I think their willingness to move in smaller, subsequent increments will increase. They’ll be able to say we are fighting inflation aggressively, the level of the funds rate is high, even if subsequent increments are a bit smaller.”

The economist sees a 30% chance of a recession within the next 12 months and just under a 50% probability within two years. Goldman Sachs is modeling for GDP growth of 1.4% next year.

The backdrop for a less hawkish Federal Reserve, according to Mericle and his team at Goldman Sachs, is essentially a cooling job market that is driving down inflation.

The investment bank said in a new note this week it expects non-farm payrolls growth to fall sharply to 150,000 a month in the second half of this year. By 2023, Goldman Sachs is predicting the job market will create 60,000 jobs a month on average.

The path outlined by the investment firm would be a notable change of pace: The U.S. economy created 372,000 jobs in June while the unemployment rate held steady at 3.6% last month. Those robust numbers followed job gains of 384,000 in May and 436,000 in April.

At the same time, with the Federal Reserve aggressively hiking interest rates to tamp down inflation and slow the economy, businesses have begun to rein in hiring.

Big tech companies such as Alphabet and Meta have started to scale back hiring after years of breakneck growth, pressured in part by declining stock prices. Meanwhile, Tesla and Netflix have recently had rounds of layoffs as their executives hunker down. Vimeo also said it will slash 6% of its workforce.

U.S.-based employers announced 32,517 job cuts in June, a 58.8% increase year over year, according to a report from outplacement services firm Challenger, Gray, and Christmas. Layoff announcements spiked 57% since May.

“I think the hard question is: How quickly will laid-off workers be able to find new jobs?” Mericle said.