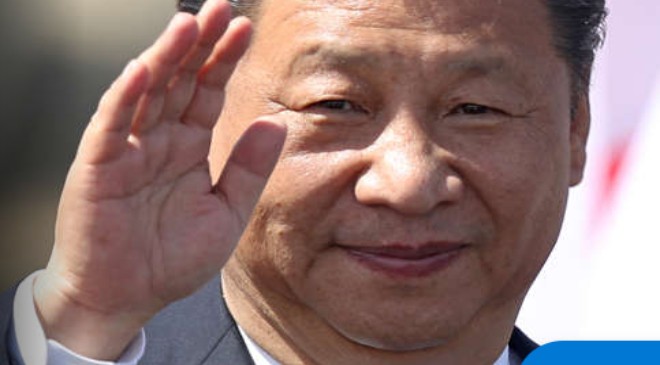 EXCLUSIVE: Colombian President Iván Duque Márquez encouraged the U.S. to step up its strategic infrastructure bidding in Latin America, saying the country is far behind China on that front, and also stressed that ensuring 5G has the tightest cybersecurity protections available is imperative accelerating into another “industrial revolution.”

Fox News sat down with President Duque during an exclusive interview ahead of an event marking 200 years of diplomatic relations between Colombia and the United States Thursday.

In response to a question about whether China’s influence in Latin America is a concern, Duque said he does not consider China’s strategic trade and infrastructure investments in his country a “threat.”

“I have said that Colombia has a commercial relation with China, a trade relationship, as the U.S. has a trade relationship with China. And we have seen Chinese corporations come to Colombia to participate in infrastructure bids, and they have won some. They have lost others. And many people ask me, for example, if I consider that a threat, I don’t consider that as a threat,” said Duque.

“I always try to call other countries to actively participate in the strategic infrastructure biddings that we have. We haven’t seen that much American companies participating. And I think they have to participate. They have to be more present, not only in Colombia but in the rest of Latin America, because those guys’ biddings are transparent, they’re open, but it’s great to see more U.S. investment participating in those kinds of projects,” the president continued.

“So do I consider that having Chinese investing in infrastructure is something negative? No, I don’t believe it, because it’s a transparent bid. And obviously, the other great debate that we have is now on technology and the way that 5G networks work.”

Duque told Fox News that although he believes 5G is the path forward for a “fourth industrial revolution,” it’s imperative that any 5G expansion is enacted with the highest cybersecurity measures in place.

“I think we all have to be clear that we want to expand the 5G networks because that clearly is the accelerator of the fourth industrial revolution. But we have to find companies that can surely ensure that there’s going to be a data protection and that the data gathered in all the operation is not going to be used for a negative or for another purpose that is not legitimate.”

“So I think that discussion is not only in Colombia, it’s a worldwide discussion. And clearly countries that want to participate with their companies, they all have to ensure that they have the highest cybersecurity standards. If they don’t have it, they simply cannot participate.”

The president told Fox News that the U.S. and Colombia’s “long relationship based on principles and values” has opened the door for hundreds of companies to do business in Colombia, noting that more than 100 U.S. companies have been in the country for more than 50 years.

“And that demonstrates that companies can come to Colombia, and they will be received with open doors and also with a pro-market economy set of policies and with the idea of strengthening bilateral trade. One thing that I have to celebrate is that today we have a free trade agreement that allows products from Colombia to get to the United States and from the United States to enter to Colombia. And this creates an interdependency that becomes a permanent opportunity for all kinds of entrepreneurs in the United States. Now we see people involving in nonconventional renewable energies in fintech, govtech, agritech, but also in all kinds of services.”

Duque also praised the state of U.S. security cooperation with Colombia, saying that close coordination between the countries has spurred greater “law and order” in his state.

“I think Plan Colombia is one of the major diplomatic success that the U.S. can claim in recent history with Latin America. Twenty years ago, Colombia was at the brink of being considered a failed state. And when Plan Colombia began, we were able to strengthen our security forces and strengthen the Colombian state. And I think we have demonstrated that with law and order, we have dismantled the most brutal terrorist organizations. And maybe two major milestones that we can call today is first, that in my administration, we have reached the lowest homicide rates in four-term period on average in the last 40 years.”

Plan Colombia was an aid package signed by the Clinton administration in 2000 to provide security and economic development to Colombia. The measure was designed to help the Latin American country combat drug trafficking, spur economic growth and enhance coordination between the countries.

“And lastly, the great demonstration is what happened to Clan del Golfo for the most brutal cartel in Colombia and maybe with the most brutal and narco trafficking kingpin in the world, who was called ‘Otoniel,’ who we captured. And he’s now extradited, and he’s now in a prison in New York City,” the president told Fox News.

“And I think that’s a demonstration that when we work together with our intelligence, with all our capacities, there’s no one that can be beyond the law,” Duque concluded.