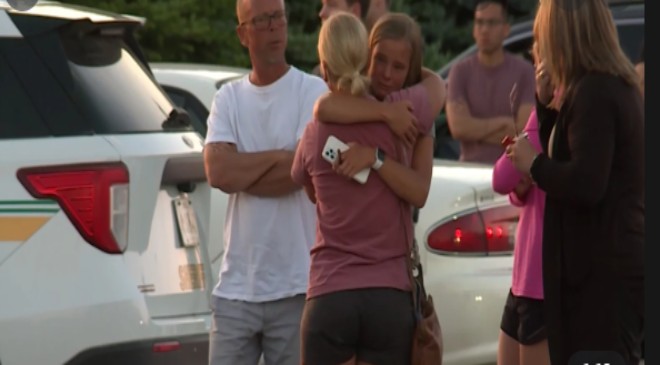 The gunman who killed two women outside of an Iowa church Thursday had been in a relationship with one of them and targeted her, the Story County sheriff said Friday.

Eden Montang, 22, and Vivian Flores, 21, both students at Iowa State University, were killed in the shooting outside Cornerstone Church in Ames, officials said.

The gunman, Johnathan Lee Whitlatch, 33, is thought to have fatally shot himself, Sheriff Paul Fitzgerald said at a news conference Friday.

“Yesterday we experienced a tragic event that we honestly thought we would never see in our county,” Fitzgerald said.

Whitlatch had been in a relationship with Montang but they had broken up, the sheriff said.

On Thursday, Whitlatch approached Montang and Flores as they were in the church parking lot around 6:51 p.m. and opened fire with a 9 mm handgun, killing them, Fitzgerald said.

A third woman who was with them was uninjured.

There were no other injuries. The shooting was confined to the parking lot of the church, which at the time was hosting an event for college and high school students, officials said.

Fitzgerald called the killing “a targeted act of violence.”

Whitlatch had been arrested on Tuesday on charged of harassment and impersonating a public official related to Montang and was free on bond, the sheriff said.

Montang was a senior at Iowa State University and Flores was a junior there, the university said.

University President Wendy Wintersteen and other top university officials said in a letter to the university community that they are heartbroken by their deaths.

“This is an especially difficult time as we also process recent shooting deaths that have occurred across the country. There is no justification for this senseless gun violence. These terrible tragedies must end,” they wrote.

The university said it was working to provide support to students who need it. Other students may have been at that event, it said, and many members of the university community are church members or attend services there.

Cornerstone Church said in a statement, “Our hearts break for all involved, and we are praying for everyone affected, especially the family of the victims.”