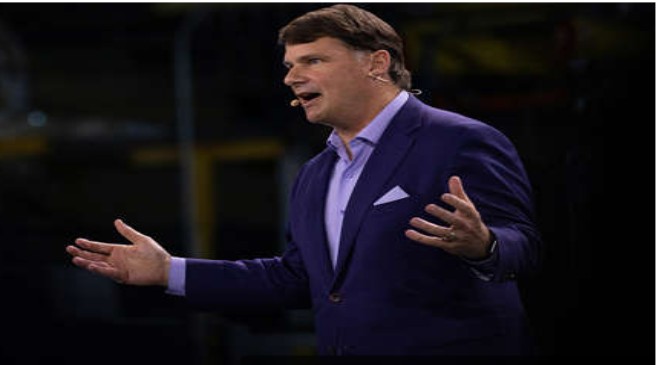 The Ford CEO sees a great profit opportunity in technology that will allow drivers to sleep in their cars.

Speaking at the Bernstein Conference on Wednesday, Farley said advanced driver assistance systems (ADAS), including full autonomous capability, are something customers will be willing to pay big bucks for.

He acknowledged Tesla’s ability to charge $12,000 for its Full Self-Driving system, which doesn’t yet live up to the promise of its name, as an example of the pricing power the potential of time-saving ADAS holds for the industry.

“When I was at Toyota and I sold my Prius, that HOV sticker [which granted hybrids access to California HOV lanes regardless of how many people were on board] was worth $5,000,” Farley said.

“That only saved me five minutes a day on my commute. If we can get people to fall asleep in our car, give them 45 minutes back on their commute, they can go to work 45 minutes later, they can go home 45 minutes earlier, it won’t be $500. It’ll be tens of thousands of dollars.”

It’s a view shared by Tesla CEO Elon Musk, who has said that Full Self-Driving could be worth $100,000 when it is fully functional.

Farley compared what’s happening in the auto industry to the transformation of mobile phones into today’s multifunctional smartphones.

“We used to use our phones to make a call, and then the embedded systems got put in place, and the sensor set and all that software allowed those devices to not be used for calls,” Farley said.

“We’re about to change the ride just like Apple and all the smartphone companies changed the call. And I believe when that happens, when you can ship a lot of software to the car, and you have great sensors, and really change that experience and be a lot more productive, there will be a large revenue expansion.”

Even short of full autonomy, Farley said ADAS will play a major role in developing the first vehicles designed specifically for taxi and ride hailing services.

“The largest fleet of operators today in the U.S. are Lyft and Uber drivers,” Farley said. “There’s 1.3 million of them as we speak.”