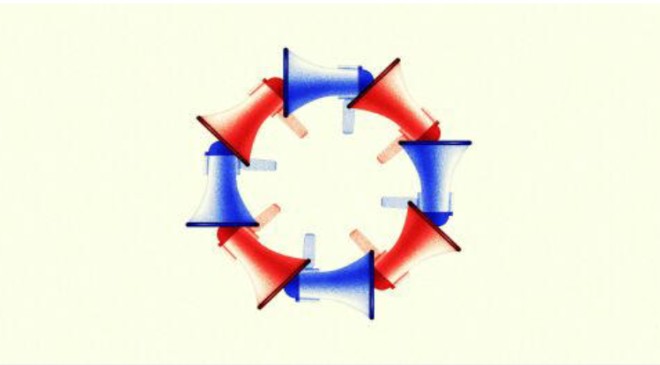 Applied to what’s taken place in Buffalo, New York, and Uvalde, Texas, in recent weeks, all these words are accurate and used widely across the political spectrum. When it comes to our visceral reaction to mass shootings, virtually everyone is on the same page.

But our unity starts to break down when we move from disbelief and sorrow into assigning blame.

After Uvalde, Rep. Ruben Gallego, D-Ariz., began rage tweeting at Republicans, profanely dismissing their expressions of concerns and prayers and calling one a “baby killer.”

In The Washington Post, Christine Emba wrote, “The problem is you … the gun-obsessed minority who lord over our politics. … You, the performative patriot.”

Paul Krugman of The New York Times likewise argued that Republicans are “barely even trying to make sense” of growing violence — and instead are really “just making noise to drown out rational discussion until the latest atrocity fades.” He added, “The truth is that conservatives consider mass shootings … an acceptable price for pursuing their ideology.”

Not to be outdone, his colleague Maureen Dowd said the shooting victims have been deemed a tolerable human sacrifice, and Roxane Gay wrote that Republicans in Congress “are not people who value life” and instead “care about nothing but their own political interests” and so civility is not required.

However impassioned she is, Gay is wrong — wrong about civility and wrong about her political opponents. And so are Krugman and Emba and Dowd and Gallego — especially in one specific way: Their political opponents do care, enormously, about the lives lost in these tragedies; they just understand the causes and solutions very differently.

What is it about our national conversation that is blinding partisans on both sides to this seemingly obvious reality: that good-hearted people reach very different conclusions about the right way to make sense of things?

Lest you have any doubt whether this disease has infected both sides, watch any episode of “Tucker Carlson Tonight.” “Liberals hate you,” Carlson and his guests repeatedly say. “They want to hurt America. They’re lying to you. They’re disgusting human beings.”

Carlson is wrong about this, too, despite whatever truth he may be advancing. But when you’re on a crusade, advancing truth is not enough. On both sides of the spectrum, political opposites are being recast as enemies of the nation, deserving of hatred, fear and scorn.

And guess what?  It’s working. More and more Americans now see their political opposites in precisely the way they’ve been been taught to see them. According to Pew Research Center’s tracking of partisan sentiment, the percentage of Americans who hold a “cold” view of the other side has shot up in recent years, with conservatives more likely to see liberals as basically “unpatriotic, immoral or lazy” and liberals more likely to see conservatives as fundamentally “ignorant, unloving and deceitful.”

Isn’t this the last kind of message our country needs?

To those of us in the “exhausted majority,” this seems pretty obvious. But not to the “professional polarizer,” as Liz Joyner calls them.

Lest I fall into the same dehumanizing trap, let me be clear: I don’t think any of these people I mention — on either side of the political spectrum — sit down to plan another program or article thinking, “What can I do to generate even more hatred, disgust and fear among my audience today?” They are not the monsters their opponents describe. They tuck their kids in at night, call their mothers and cuddle puppies. They also believe they’re saying exactly what America needs to hear: Keep fighting the good fight. And do whatever it takes to win the culture war in America.

And therein lies the delusion. More culture war will not solve America’s problems — not any of them.

Why? Because lasting solutions require a full grasp of truth and a collective buy-in that leads to compromise on both sides. Much like maintaining a healthy marriage, this is a delicate task that is impossible in an atmosphere of culture war, since the requisite trust, respect and attention needed for all the foregoing goes up in flames.

The gun “debate” we’re having is only one among many examples, but it’s a worthy Exhibit A. Against a backdrop of many complex influences on these tragedies, gun availability seems to be the only thing one side wants to talk about, while on the other side, it seems to be the only thing they don’t want to explore. In this way, all the meaningful nuance gets dissolved in the acid of our animosity, as both sides become blinded and equally incapable of considering the full scope of possibilities for multi-faceted, comprehensive action.

A better way is to commit to join what’s been called the “coalition of the decent” that gathers the best ideas from all parties, persuasions, demographics and backgrounds. In sharp contrast to culture-war demands that only one group shape up, the Gospel message famously insists that “all have sinned and fall(en) short” of the noble ideals we should be pursuing. Imagine what could happen with everyone seeking improvements and a fuller grasp of truth.

Given the enormity of challenges facing us, is there really any other way?

Some sure think so: Let’s just fight harder, yell louder and press more until we get what we want. But as my bishop, Aaron Parkinson, said last weekend, “We don’t need any more fear.”

We also don’t need any more anger and despair.

What we need is more truth. And love. And hope. And faith. If there’s a promised land full of that good stuff for the taking, this much should be clear by now: More culture war isn’t going to get us there.