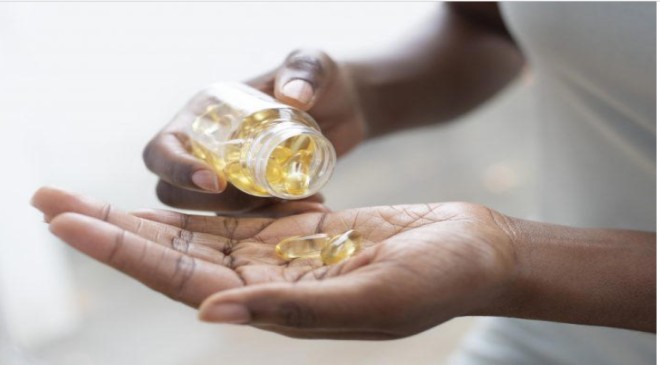 Is it the magic vitamin? Well, it might be close. Research in recent years has shown that vitamin D may be one of the most powerful supplements to boost your total wellness and even help promote longevity.

For years, vitamin D was touted as an ace for stronger bones, shinier hair, and as a potential mood-booster. But you might not be aware of the many benefits vitamin D can provide for your whole system.

When taken with fish oil, vitamin D is a powerful mood booster, according to a study published in the FASEB journal. The aptly named “sunshine vitamin” improves mood and lowers depression by aiding the conversion of the essential amino acid tryptophan into serotonin—a brain chemical that regulates mood.

Laugh lines aside, your eyes themselves undergo signs of aging that can impair your vision. A daily dose of vitamin D reduced some of the effects of aging on eyes, reduced inflammation, and improved vision in mice, according to a study published in Neurobiology of Aging.

A second study found that it may also help prevent macular degeneration, a common eye disease that can lead to blindness if it goes untreated.

What causes vertigo, that disorienting sensation of dizziness and spinning? Vertigo may feel like your head is spinning, but the problem often stems from the structures in your inner ear that are responsible for balance.

However, taking vitamin D and calcium twice a day may reduce vertigo and lower your chances of getting vertigo again, according to a study published in Neurology.

Want stronger, whiter teeth and fewer cavities? Taking a daily vitamin D supplement may help, according to a meta-analysis published in Nutrients. Researchers analyzed dozens of controlled studies with thousands of participants in several countries to find that that vitamin D was associated with a 50-percent reduction in the incidence of tooth decay.

The same vitamin D supplement that strengthens your teeth can also help protect your gums from bacterial infections that lead to problems like gingivitis and periodontitis, according to the Nutrients study.

Periodontitis, a potentially serious infection of the gum tissue, affects up to 50 percent of people in the U.S. It’s a major cause of tooth loss and can also contribute to heart disease. Protect yourself by knowing the early signs of gum disease.

One of vitamin D’s most powerful roles is in the cardiovascular system, where there are 200 genes regulated by vitamin D. How does it work? Vitamin D may help stop cholesterol from clogging arteries, regulate blood pressure, and improve the function of cells in the heart.

Even better, it may also be able to help heal existing heart damage, according to research published in the International Journal of Nanomedicine.

Asthma, chronic obstructive pulmonary disease (COPD), emphysema and chronic bronchitis affect about 15 percent of Americans, according to the most current data from the CDC. While it’s not a cure, vitamin D can reduce the number of lung disease flareups by 40 percent, a study published in The Lancet concluded.

The same may be true for asthma, according to a separate study published in Cochrane Review. Researchers found that people who took a daily dose of vitamin D in addition to their asthma medication reduced the number of severe asthma attacks they experienced.

Exercise and a healthy diet are important practices to avoid or heal the syndrome, but research has suggested vitamin D may also help. In a study published in Frontiers in Physiology, vitamin D improved signs of metabolic syndrome by boosting healthy gut bacteria in mice.

Both men and women show reproductive and fertility benefits from vitamin D. Female participants who had a healthy vitamin D level early in pregnancy were more likely to have a baby with a healthy weight and head size in a study published in the Journal of Clinical Endocrinology & Metabolism.

Think calcium is the best nutrient for bones? Think again. The positive effects of vitamin D on bone health are some of the most documented benefits of the nutrient. Vitamin D is essential to building and maintaining strong bones, while inadequate vitamin D can lead to osteoporosis, a brittle bone disease, according to the Mayo Clinic.

Your knees are one of the most-used joints in your body and often one of the first places to experience joint pain as you get older. Research has suggested the most common causes of joint pain are osteoarthritis from joint overuse or injury, and rheumatoid arthritis—an autoimmune disease that attacks joints.

Vitamin D can help protect against both types of arthritis. People who maintained healthy vitamin D levels were less likely to get rheumatoid arthritis, according to a study published in Journal of Autoimmunity. Similarly, people with low vitamin D levels reported more symptoms of osteoarthritis, like knee pain and difficulty walking, according to research by the American College of Rheumatology.

Stress fractures—microfractures that often occur in small bones due to overuse—are fairly common injuries, particularly in people who participate in high impact activities, like running or sports, or people who are significantly overweight. According to a study published in The Journal of Foot and Ankle Surgery, vitamin D may reduce stress fractures by helping improve bone density.