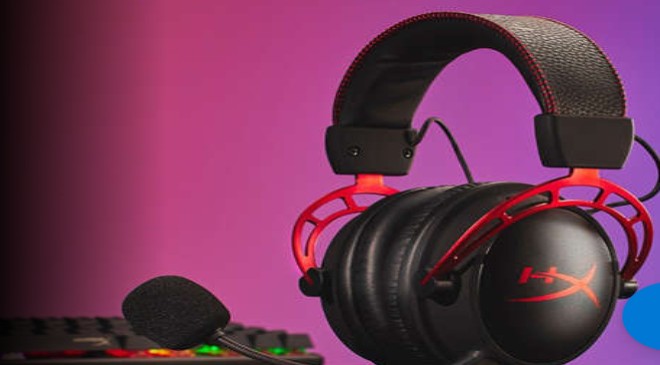 When I looked at the HyperX Cloud II Wireless a little back, I praised it for its no-frills utility and honed-in design. With the HyperX Alpha Wireless, the headset very much echoes the same design principles and philosophy of function over form, made greater with its standout 300-hour battery.

With its over-the-ear design and perforated red metal accents that attach the band to the earpieces, the HyperX Alpha Wireless look nearly indistinguishable from previous Hyper X products. However, actually putting on the headset, users will immediately notice the weight of the extended battery, which by no means feels uncomfortable, rather imparting a premium feeling sense of heftiness to the device.

With a USB-C port for charging, power button, mute and volume wheel, the HyperX Alpha Wireless is fairly standard when it comes to its feature set. Designed primarily for PC and console usage, the headset is compatible with HyperX’s NGENUITY software, allowing users to toggle between different sound profiles and modes, which add a bit of flexibility when not gaming. While the default profile is best reserved for games, having the option to change profiles allows the HyperX Alpha Wireless to be suitable for consuming all manners of media.

It must be stated, however, during my review, I had to reinstall the Ingenuity application and drivers multiple times before getting the headset to work. Additionally, using the headset on my PlayStation 5, I found the rear USB ports to be more reliable, as the front port would often result in all audio cutting off after prolonged use, likely due to interference, something I did not experience with the HyperX’s Cloud II variant.

“…the HyperX Alpha Wireless strikes a balance between premium quality while still feeling relatively sleek and strain-free, even after hours of continuous use.”

Comfort-wise, the HyperX Alpha Wireless strikes a balance between premium quality while still feeling relatively sleek and strain-free, even after hours of continuous use. The detachable mic with large windscreen is a better fit than previous iterations, meaning it is unlikely to fall off with 50 mm dual chambers. Similar to previous headsets, the sound quality on the HyperX Alpha bolsters itself with an emphasis on mid and bass, something well suited for gaming and communication but perhaps not ideal for those who listen to a wide range of music.

Strangely, depending on the platform, the sound quality of the mic seems to differ vastly, with it sounding the best on Discord, but slightly quieter on the PlayStation 5. This may be attributed to the more granular control available on PC with the HyperX Ingenuity software.

The real meat and potatoes and the reason why the HyperX Alpha Wireless warrants its existence is its massive 300-hour battery packed into the over-the-ear headphones. Even after a month of regular usage, at the time of this writing this review, the Hyper X Alpha, according to the Ingenuity app, is sitting at 74% charge, or about 222 hours of use left.

Now, I’m not a heavy user, but even still, not having to worry about charging the Hyper X Alpha Wireless or just casually jumping to a game with a friend at short notice without worrying about the charge makes the Alpha Wireless an easy choice.