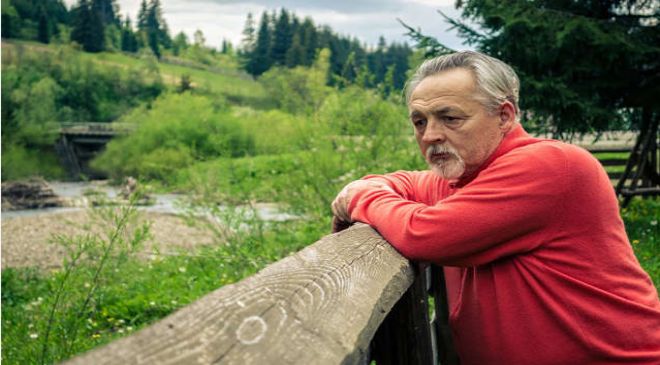 5 Things Retirees Fear Too Much

Retirement — like all of life — is filled with little anxieties.

As we move into the post-work phase, angst about the unknown creeps forward, potentially clouding a time that should be filled with the sunny skies of new possibilities.

One study even found that 40% of people fear retirement more than death.

Fortunately, such fears often turn out to be exaggerated. Following are some things retirees worry about but really should not.

1. Running out of money

For most people, running out of money in retirement is virtually impossible. Those who worked for a reasonable length of time will receive government-issued Social Security checks beginning the day they claim benefits and lasting until the day they die.

So, for the vast majority of Americans, some type of money will always be there.

Of course, it is difficult — although not impossible — to live solely on Social Security benefits. But even retirees who have only a modest nest egg to supplement their Social Security income appear to do just fine managing their budgets.

Research from the Employee Benefit Research Institute looked at retirees with modest savings — $99,000 or less in assets — and found that after being retired for an average of nine years, three-quarters had either the same amount of assets or had seen their nest egg actually grow throughout their post-work years.

Affluent retirees did even better. More than 80% of those with at least $320,000 squirreled away still had at least as much as when they left the workforce — and often more — after an average of 10 years of retirement.

The EBRI speculates that a number of factors may keep retirees from spending down their assets, including the fact that “it is possible that material possessions provide less joy to them than the security of having a nest egg.”

2. Being bored or unhappy

After decades of working, it is natural to fear that life in retirement may turn monotonous. But those who no longer are employed report just the opposite.

A few years ago, a Merril Lynch/Age Wave study found that 92% of respondents said retirement “gives them greater freedom and flexibility to do whatever they want — and on their own terms.”

By contrast, just 7% of retirees said life is “less fun, enjoyable and pleasurable” than when they were working. According to the study.

“Notwithstanding the popular media portrayals of fun primarily being the domain of youth, it turns out that the experience of fun rises in mid-life and peaks in retirement.”

It seems that every year, the financial media speculates about how long Social Security will survive. And the financially troubled government retirement program is indeed facing hard times.

As it currently stands, Social Security benefits are projected to be payable in full only until 2034. At that point, continuing taxes are expected to be enough to pay just 78% of scheduled benefits.

However, the notion that Social Security will disappear is overblown. As Money Talks News founder Stacy Johnson has explained, American voters “will be super unhappy if we don’t get anything out of a pension we paid into for more than 35 years.”

Stacy says there are several things the government can do to shore up Social Security. Read his take in “Will Social Security Still Be There When I Retire?”

After a lifetime of paying taxes, new retirees are all too familiar with how obligations to Uncle Sam can eat into income and crimp budgets. For that reason, fears about paying too much taxes in retirement run high.

But most retirees can expect to get a large break on taxes during their golden years.

A 2020 study by the Center for Retirement Research at Boston College crunched the numbers and discovered that the average retiree can expect to pay 5.7% of their income in federal taxes.

For purposes of the calculation, the researchers assumed that households took RMDs (federally required minimum distributions) and lived off the interest and dividends of their financial assets. In this scenario, richer households can expect to pay more in taxes while poorer households should anticipate paying less.

The study authors note that those in circumstances other than those outlined above may pay more in taxes. And the authors also did not include state income taxes in their calculations.

Still, for millions of retirees, the tax burden is likely to remain relatively light. Writing about the study in ThinkAdvisor  Ginger Szala noted:

And remember, you no longer pay FICA payroll taxes (for Social Security) once you bid farewell to your job. That is another tax savings you will enjoy during your golden years.

Many people who retire initially find themselves flush with cash from a full nest egg. However, it’s natural to worry that as time goes on and you continue to spend, rising expenses might put more pressure on your savings.

Except it doesn’t necessarily work out that way. The U.S. Bureau of Labor Statistics finds that expenditures decrease significantly in the last part of life.

Numerous other studies — and anecdotes told by financial advisers — back up the notion that spending decreases as retirement rolls on.

In 2018, Neal Van Zutphen, a certified financial planner with the firm Intrinsic Wealth Counsel in Tempe, Arizona, lamented to the New York Times the possibility that many people spend their working years saving more than they may need for retirement:

Some of them hate their jobs, and they can’t wait to get out. As a planner, you feel like you’re torturing the client by making them stay longer and work harder. Instead, why don’t we sit down and figure out what’s really happening with them?”