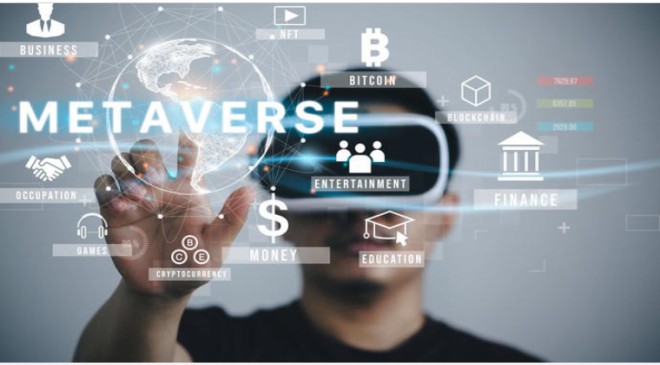 Most people think of owning stocks for five to 10 years or perhaps a tad longer, but it’s a stretch to tell someone that you intend to own a stock for life. Some businesses, however, do belong to this rare group that have long-term, enduring characteristics such as a strong competitive moat, consistent growth prospects that ride on sustainable trends, and a great management team.

I believe that stocks displaying such attributes are keepers, and owning such businesses allows me to compound my money over decades and build up a strong investment portfolio by the time I retire. As famous investor Warren Buffett remarked, time is the friend of the wonderful business and the enemy of the mediocre one.

Here are two stocks with the above traits that I intend to own forever and pass down to the next generation.

Meta Platforms (NASDAQ: FB), formerly known as Facebook, is the quintessential social media company that owns three major brands — Facebook, WhatsApp, and Instagram. The company has built up a huge user base since its founding in 2004 with a total of 1.96 billion daily active users as of March 31, 2022.

Meta Platforms is an advertising behemoth, generating $27.9 billion of revenue for its fiscal 2022 first quarter (Q1 2022) along with $8.5 billion in operating profit. The company has a strong moat in that it has been the dominant social media company for the past decade, and looks set to continue ruling the roost even as it slowly evolves its business model.

The recent period has been a bit of a challenge. The company’s Q1 2022 earnings saw net income fall by 21% year over year to $7.4 billion as expenses surged by 31%. However, Meta Platforms is hard at work, building its version of the metaverse, an all-encompassing virtual reality world where users can interact, work, and play.

The company’s president of global affairs, Nick Clegg, believes that the metaverse will be revolutionary and change how people access the internet. The increased spending will help Meta Platforms gain a foothold in this new industry, which is estimated to be worth $3 trillion by 2031. Meta Platforms will merely be one of many players that allow customers to access the metaverse, but seeing how lucrative the rewards can be, it’s no wonder the company is pursuing this initiative to vastly grow its revenue and profits.

Meanwhile, Meta Platforms has also opened its first physical store this month in California and is showcasing hardware products such as Oculus VR headsets and Ray-Ban smart glasses. CEO Mark Zuckerberg did caution that the metaverse may take up to a decade to develop, but the substantial rewards should make this effort worthwhile.

The company is also going big on its Reels short video format in a challenge to rival TikTok, announcing that more than 20% of people’s time is now spent on its Instagram Reels and that video takes up more than half the time that people spend on Facebook. Meta Platforms recently launched a scheme to prioritize original content on its platform and promises hefty rewards for Reels creators to incentivize them to keep publishing interesting content.

These moves may take time to bear fruit, but Meta Platforms has its strategic goals laid out, and I am willing to be patient to see the results.

Tractor Supply Company (NASDAQ: TSCO) stands tall as one of the largest rural lifestyle retailers in the U.S., with a total of 2,003 stores in 49 states as of March 26. The company has grown by leaps and bounds in the last two decades, growing sales by 14.5% per year from $850 million in 2001 to $12.7 billion in 2021. The number of stores increased from 323 to its current number over the same period for a compound annual growth rate of 10%. This momentum has continued into Q1 2022 as the retailer reported an 8.3% year-over-year increase in net sales and a 3.2% year-over-year improvement in net income.

There could be more in store for Tractor Supply as it executes its “Life Out Here” strategy and builds up its customer base through its Neighbor’s Club loyalty program. The company has identified sustainable tailwinds, such as increased pet ownership, trip consolidation, and an increased focus on homes and farms that can drive sales moving forward.

Meanwhile, its Neighbor’s Club rewards program now has 24.8 million members, up 24% year over year as Tractor Supply revamped the scheme to include three tiers that promise attractive benefits with increased spending.

The company sees significant opportunities to grow its store base, upping its long-term target from 2,500 to 2,700. Market expansion has also increased Tractor Supply’s total addressable market to around $180 billion, providing ample opportunities for the company to continue growing its top and bottom lines. Its four-year target is to grow net sales by 6% to 7% per annum with comparable store sales growth of 4% to 5% over the same period.

As a shareholder, I’m happy with the slow and steady growth of the business and also look forward to an increase in dividends along the way.