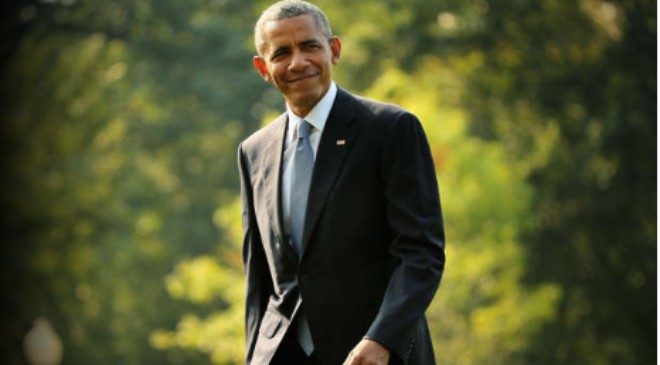 Since leaving office in 2016, AfroTech has been keeping up with America’s favorite President and his subsequent money moves. Whether he’s teaching college courses, joining NBA Africa, or launching a podcast series with Spotify, Barack Obama has been working hard for the money.

In fact, Obama has been richer than he’s ever been in his life. Since leaving office, he’s grown his net worth by $70 million, and according to some sources, that’s actually a low-ball estimate. Business Insider reports that the Obamas probably have a much higher net worth than $70 million. When fees for their speaking arrangements, a six-figure pension that all presidents receive, and their Netflix deal are all taken into account — not to mention their new business deals that seem to pop up regularly — the Obamas most likely have a net worth of $135 million.

But Barack Obama doesn’t just make his money from speaking fees and pensions. Like many wealthy men, he has invested heavily in the stock market.

With so many gurus and other social media types out there who have no shortage of investment advice (and not all of it is good), we decided to ask ourselves what it would be like to invest like a president. That’s why we decided to take a look at what we know about Obama’s investment portfolio.

What Stocks Does President Barack Obama Have In His Portfolio?

Per Investopedia, an index fund is a type of mutual fund that’s specifically designed to either match or track the components of a financial market’s index. It’s considered one of the prime ways to invest in the market because it has low turnover and even lower operating costs.

Experts Say These Stocks Will Help You Invest Like A President

Yahoo reports that the Vanguard funds that Obama invested in had such stocks as Amazon, Microsoft, Apple, Tesla, NVIDIA, Johnson & Johnson, JPMorgan Chase, and Berkshire Hathaway. In October 2021, the outlet also said that these stocks were relatively stable thanks to their positions, year-over-year, on the ever-volatile stock market.