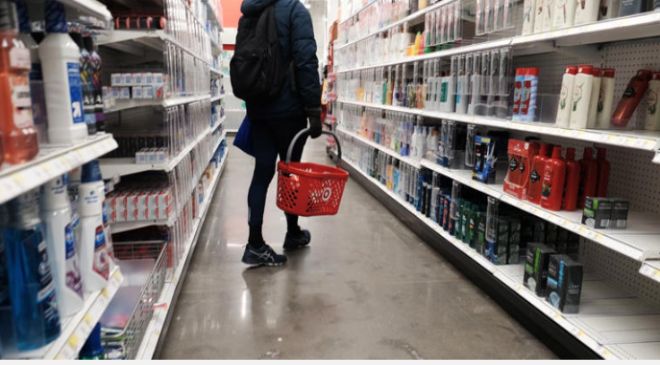 The numbers: The cost of wholesale goods and services rose milder 0.5% in April vs the prior month, but intense inflationary pressures in the guts of the economy showed little sign of relenting.

Economists polled by The Wall Street Journal had forecast a 0.5% advance.

In March, wholesale prices had jumped 1.6% largely because of a surge in oil prices.

The increase in wholesale prices over the past year, meanwhile, slowed to 11% from 11.5%, the government said Thursday.

That’s the first drop since the pandemic started, mirroring a decline in the rate of consumer inflation last month.

Trends in wholesale prices offer clues on the path of inflation — what consumers end up paying for what they buy. Yet inflation is still running at the highest rate in 40 years and the wholesale report didn’t show much sign that price pressures will ease considerably in the near future.

So-called core wholesale prices rose 0.6%, roughly in line with the average increase over the past 12 months. Wall Street had expected a 0.6% advance.

The Federal Reserve views the core rate as a clearer window into inflation trends because it strips out volatile food and energy prices. Households still devote a large share of their budgets to fuel and meals, however.

The Fed is moving to lift interest rates rapidly to try to contain inflation, but it takes time for higher rates to have an effect.

What’s more, a lot of the inflation is tied to global supply shortages that the central bank cannot resolve unless it tries to slow the economy — an approach that could tip the U.S. into recession.

Gas prices fell last month after rising sharply in March following the Russian invasion of Ukraine. The bad news is, prices are on the rise again.

The wholesale cost of food in April leaped 1.5%. Prices at the grocery store have climbed at the fastest pace since 1981 and are unlikely to reverse course in the near future.

The cost of services were flat in April.

The cost of partly finished goods and raw materials, both jumped in April. These prices remain extremely high, offering little sign of an imminent and rapid slowdown in inflation.

Raw-material prices, for example. are up 48% in the past year.

The PPI report reflects what companies pay for supplies such as grains, fuel, metals, lumber, packaging and so forth. Steadily rising wholesale prices tend to be a harbinger of higher inflation.

“Still need a lot more evidence needed before we can declare that inflation has peaked,” said senior economist Jennifer Lee of BMO Capital Markets. ” But at least there’s been one step.”

Market reaction: The Dow Jones Industrial Average and S&P 500 were set to decline again in Thursday trades. Stocks have fallen sharply in the past week.