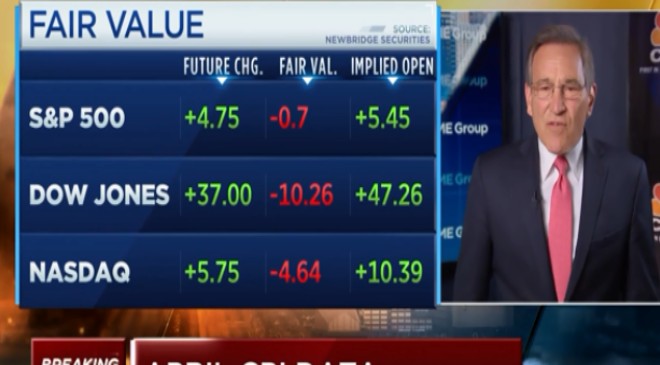 The surging cost of living has strained household finances nearly across the board.
With inflation still near 40-year highs, close to two-thirds of Americans are living paycheck to paycheck, according to one report.

Inflation is showing no signs of slowing down, making it harder for workers to make ends meet.

The Consumer Price Index increased 8.3% from a year ago, higher than the 8.1% estimate, according to the U.S. Bureau of Statistics.

Although it was down slightly from the March peak, inflation is still growing at the fastest annual pace in about four decades.

“Rising prices are putting household budgets in a vise,” said Greg McBride, chief financial analyst at Bankrate.com. “Price increases are widespread, but look at food and shelter — which together account for 40% of the weighting in the CPI and more than that for many households.”

Food prices are up at the fastest pace in more than 41 years and the shelter index, which makes up about one-third of the CPI weighting, was up 5.1% on a yearly basis, its fastest gain since March 1991.

While wage growth is high by historical standards, it isn’t keeping up with the increased cost of living.

When wages rise at a slower pace than inflation, those paychecks won’t go as far at the grocery store and at the gas pump — two areas of the budget that have been particularly squeezed.

Credit card debt is heading to an all-time high

Americans say inflation may have a ‘big negative impact’

As of March, close to two-thirds, or 64%, of the U.S. population was living paycheck to paycheck, just shy of the high of 65% in 2020, according to a LendingClub report.

“The number of people living paycheck to paycheck today is reminiscent of the early days of the pandemic and it has become the dominant lifestyle across income brackets,” said Anuj Nayar, LendingClub’s financial health officer.

Consumers who are struggling to afford their day-to-day lifestyle tend to rely more on credit cards and carry higher monthly balances making them financially vulnerable, the survey of more than 2,600 adults found.

Overall, credit card balances rose year over year, reaching $841 billion in the first three months of 2022, according to a separate report from the Federal Reserve Bank of New York.

At this rate, balances could soon reach record levels amid higher prices for gas, groceries and housing, among other necessities, according to Ted Rossman, a senior industry analyst at CreditCards.com.

Anyone with revolving debt will also see the annual percentage rate on their credit card head higher as the Federal Reserve hikes interest rates to try and tamp down rising prices.