President Joe Biden has declined to assert executive privilege over an eighth batch of Trump Administration documents requested by lawmakers investigating the Capitol riot, the Washington Post reported Wednesday, dealing a further blow to the former president’s attempts to block such disclosures.

Biden cleared the National Archives and Records Administration to turn over about 23,000 emails and attachments to the House committee investigating the riot, which has already received hundreds of pages of material from the Trump White House, the Post reported.

The National Archives reportedly removed some documents from the batch after determining they were irrelevant to the committee’s requests, and some of the other requested material has not yet been reviewed.

Though it remains unknown what documents will be included in the latest batch, former President Donald Trump has previously attempted to prevent the National Archives from handing over materials like visitor and call logs, emails, drafts of speeches and written notes.

A representative for Trump did not immediately respond to a request for comment.

Trump and his allies have repeatedly tried to avoid cooperating with the January 6 committee—which Trump has accused of being politically motivated—by invoking executive privilege, which says presidents can withhold some information from the public to protect the public interest. However, although former presidents can sometimes invoke executive privilege, D.C. federal Judge Tanya Chutkan ruled that Biden’s privilege as the sitting president outweighs Trump’s privilege as the former president in this case. In December, Trump asked the Supreme Court to block the National Archives from disclosing about 800 pages of documents to the committee, but the court rejected Trump’s request.

Some ex-Trump Administration officials could face criminal charges after unsuccessfully arguing that Trump’s executive privilege allows them to refuse the committee’s subpoenas. In November, the Department of Justice charged former Trump adviser Steve Bannon with contempt of Congress, which carries a maximum sentence of up to one year in jail and a fine of up to $100,000. Last month, the House voted to recommend contempt of Congress charges for former White House trade advisor Peter Navarro and former communications staffer Daniel Scavino Jr. after they defied the committee’s subpoenas. 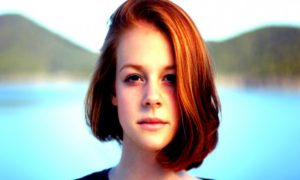 The 3 Zodiac Signs With The Best Horoscopes On Saturday, December 3, 2022