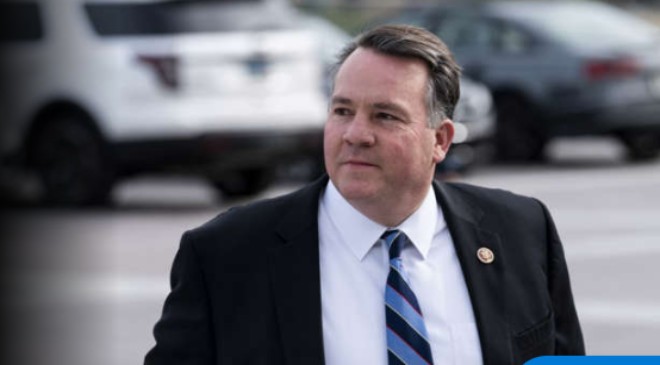 In a bitterly personal primary duel between two West Virginia GOP congressmen, voters in this MAGA-wild state stayed true to form: They voted for the one Donald Trump endorsed.

The head-to-head between the Republican incumbents was the result of the once-a-decade redistricting process, in which West Virginia lost a congressional seat due to its shrinking population. Mooney and McKinley were drawn into the same consolidated district in the north of the state.

While both lawmakers have been staunch Republicans, Trumpworld mobilized to take McKinley out because he committed the heresy of voting in favor of a bipartisan infrastructure bill that—despite its massive investments in the Mountain State’s crumbling roadways—was supported by President Joe Biden.

Beyond that, McKinley was one of 35 House Republicans who voted for an independent commission to investigate the Jan. 6 insurrection.

Mooney, formerly a state lawmaker in neighboring Maryland, touted Trump’s backing at every turn, and appeared with him at a rally in southwestern Pennsylvania days before the primary.

In response, McKinley attacked Mooney as a self-interested carpetbagger, but he also leaned on some powerful—and unexpected—allies to try and overcome the Trump endorsement.

The veteran lawmaker was backed by Gov. Jim Justice, the Democrat-turned-Republican coal billionaire who runs the state, as well as Sen. Joe Manchin, the centrist Democrat, who cut a campaign ad for McKinley.

In the end, the pull of Trump—who won West Virginia in 2020 with nearly 69 percent of the vote—was too powerful.

Mooney will now face an easy path to re-election in November in this deeply red district, and Trump will avoid an embarrassing loss in friendly territory and demonstrate yet again his hold over the party.