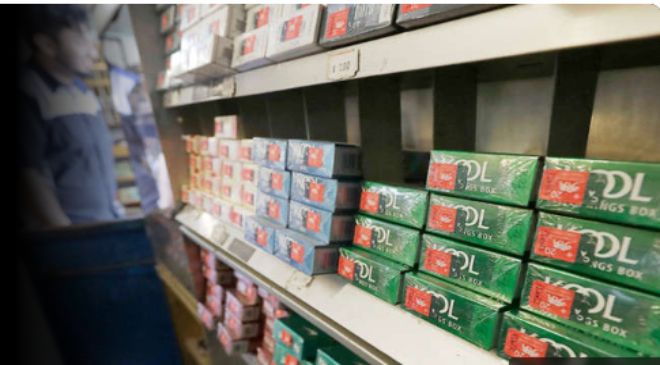 The Biden administration’s move to ban menthol cigarettes has the Black community split, with the ban’s supporters arguing it promotes a healthier lifestyle and its critics arguing it unfairly targets Black Americans and could lead to injustices and policing issues.

The White House has heard from both sides of the debate on the Food and Drug Administration’s (FDA) ban, which could have a major impact on the tobacco industry.

While its proponents say the ban will save lives, opponents warn of its potential impact on Black smokers who overwhelmingly prefer menthol cigarettes and include law enforcement members who warn it could put undue pressure on police grappling with higher crime rates.

But questions have also come up over the ties between tobacco companies and the groups and big-name political leaders opposing the ban. The FDA rule could come as early as this week, after President Biden’s FDA had a year to issue proposed product standards to ban menthol as a characterizing flavor in cigarettes and ban all characterizing flavors in cigars.

“It’s not a coincidence that just as the tobacco industry targeted the African American community with its marketing, it has used its money to persuade key members of its community to speak up in its defense. There is a correlation between many of those who have spoken up in defense of the industry and those who have long been supported by RJ Reynolds,” said Matthew Myers, president of the Campaign for Tobacco-Free Kids.

The Campaign for Tobacco-Free Kids argues that the ban will have a greater impact on reducing health disparities in the Black community than any other action the administration can take. As does the National Association for the Advancement of Colored People (NAACP), which thinks the ban will help people be healthier.

“We feel that the tobacco industry has targeted the black community for more than 50 years, frankly they have. They’ve done a marvelous job with marketing, they’ve been the best at it,” said Portia White, NAACP vice president of policy and legislative affairs. “It would just be wrong, totally wrong, if the FDA would allow them to continue to do this, really.”

Both groups, as well as lawmakers that back the ban, point to the significance of the FDA issuing the ban, which would be on manufacturers, retailers, and distributors, not on individuals.

But some top leaders have taken a loud stance against moving forward with the ban, including activist Al Sharpton and attorney Ben Crump.

“We have not said we opposed it, what we said was we’d like to see a study, a commission to study how they deal with the unintended consequences before they impose a ban,” Sharpton said in an interview with The Hill.

Eric Garner’s mother, as well as Trayvon Martin’s mother and George Floyd’s brother, penned a letter the White House last week, urging the administration to make an effort to fully comprehend the criminal justice implications the ban could have on the Black community.

All three maintained in the letter to Susan Rice, the director of the Domestic Policy Council, that they “in no way encourage, support or promote smoking.”

“This is how her son got killed,” Sharpton said, referring to Garner’s mother.

“How could anybody ignore interactions between police [and the Black community] if they’re increased because of a ban?” he continued. “If a policeman sees a guy standing on the corner smoking a Kool, he’s asking ‘where did you get that from?’ and that will lead to interaction.”

Sharpton also suggested that the push to legalize marijuana in the U.S. could directly conflict with the effort to ban menthol cigarettes.

“That puts us in a very awkward position as ministers,” Sharpton said. “Grandma can’t smoke her Kools but Jamal can smoke his weed. That puts us in an awkward kind of position that looks paradoxical.”

Law enforcement officials are also expressing concerns about the ban, arguing that it will result in police and their resources being stretched thin.

Boyce added that a ban would not necessarily do anything to stop the illegal selling of menthol cigarettes and could expand an illicit market for the cigarettes. On top of that, some law enforcement officials argue the ban does not have tough enough enforcement measures in place.

“Whatever violations that are written into the ban at this point are basically only going to be enforced by fines,” Boyce said.

“I would think individuals would say ‘why would I take the chance of selling illegal drugs like crack and cocaine, heroin, any other illegal drug, when I can sell cigarettes by the truck load and only be hit with a fine?’” he said.

Sources estimate that millions, if not hundreds of millions, has been spent by big tobacco to fight a ban over the last twenty years through federal and state lobbying.

He hit back against the allegations that he and other opponents of the ban have ties to the tobacco industry, saying their push has nothing to do with money.

“They come to our conferences. They didn’t come this year,” Sharpton said, referring to tobacco companies. “They have worked with our cessation program because we insisted on that, but so does Michael Bloomberg who’s funding some of these that are for the ban.

“I think that they’re trying to find a cheap way of not having to answer the question of unintended consequences,” Sharpton continued, referring to his critics who support the ban. “I think it’s ridiculous.”

In 2020, the House passed a measure to ban flavors of tobacco products, including menthol in cigarettes, that stalled in the Senate. The majority of the members of the Congressional Black Caucus (CBC) voted for this ban at the time.

Rep. Robin Kelly (D-Ill.), who supports the ban, noted there is a “small divide” in the Black community on the issue.

But other Democrats are speaking out against it.

“The Prohibition era with alcohol did not work, and I believe it is government overreach to ban the sale of popular tobacco products,” said Rep. Elaine Luria (D-Va.).

Rep. Sanford Bishop (D-Ga.), a member of the CBC, argued against stricter requirements for products preferred by communities of color.

“A ban would possibly lead to illegal and unlicensed distribution,” he said. “The banning of the methanol cigarettes would certainly push those people who prefer that to the illegal and illicit acquisition of those products.”

The move to ban menthol cigarettes at the federal level could be indicative of a trend taking shape at the local level. San Diego’s City Council voted 7-2 on Monday to pass legislation that would ban the sale of certain flavored tobacco products and menthol cigarettes.

Some have questioned the federal ban’s political impact, especially in a midterm election year. A survey reported by the Washington Free Beacon found that voters in the swing states of Georgia, North Carolina and Nevada overwhelmingly opposed the ban. The ban could also impact Black voters, many of whom have been supporters of Biden.

But others have brushed off this notion, arguing that there are more pressing electoral issues at hand, like inflation.

“Black Americans first care more about the fact that the voting rights provisions and the voting suppression bills are moving fast and furious in various states and localities,” White at the NAACP told The Hill.

“Black people, I don’t believe, will be so wronged by this one particular issue without looking at this open issue that is so important: the economy,” she added. “People want jobs. People want jobs that are protected.”