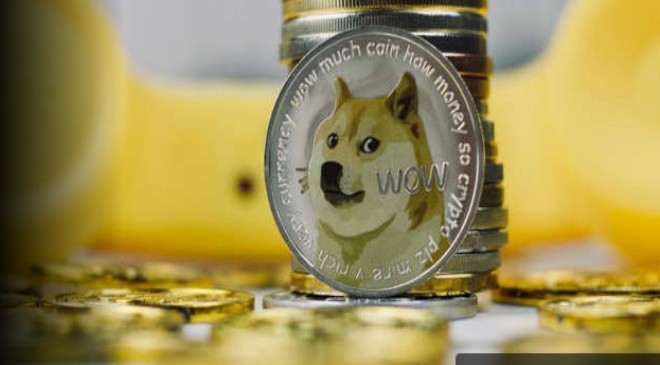 Cryptocurrencies are all the rage these days, particularly with speculative investors. What used to be a “fringe” investment is now front and center in the financial press. Even financial networks like CNBC talk about bitcoin daily and keep a ticker up on the screen showing the current price.

Put this all together and now even the average investor is well aware of bitcoin and the cryptocurrency movement. However, bitcoin is not the only cryptocurrency out there. There are plenty of other options if you want to get your crypto fix away from the big names. Just be aware that each cryptocurrency is unique, and you should consult your financial advisor before you invest in any of these speculative products.

What Are the Top Cheap Cryptos To Buy?

If you’re ready to invest in some crypto, check out the following 10 cheap options, which could generate nice returns in 2022.

XRP is an open-source cryptocurrency that uses an open-source distributed ledger called XRP Ledger. It was developed by Ripple, an enterprise blockchain company that facilitates global transactions. Ripple says XRP was built for payments and can settle transactions faster, more reliably and at a lower cost than is possible over standard global payment infrastructure.

Ripple is currently embroiled in a lawsuit brought by the U.S. Securities and Exchange Commission, which alleges it engaged in unregistered securities trading. What’s more, a new lawsuit by a government watchdog group alleging that SEC officials are biased against Ripple and XRP could help to resolve the suit against Ripple in investors’ favor. Empower Oversight, the organization that brought the suit, last week released emails indicating the SEC was aware of the conflict. Some experts think this development could damage the SEC’s case against Ripple.

Ripple bought back $200 million in Series C shares from one of its investors in what analysts say is a move to strengthen its balance sheet before going public, FXStreet reported. The expectation is that Ripple will announce its IPO after the SEC lawsuit has been resolved.

While XRP’s price is well above its low over the past year, you can still buy it for under $1.

Dogecoin originated as something of a joke, but it has become quite real for those who have profited from it. The coin is certainly “cheap” at about $0.15 per coin as of April 10, especially compared to its 52-week high of $0.7376. The current price is a slight increase from last month, when DOGE was at its lowest price in over 11 months.

Unlike many other cryptocurrencies that serve actual functions, dogecoin was created as a satirical take on bitcoin. Last year, the cryptocurrency rose sharply based on hype on message boards and tweets by Elon Musk. This is the same type of speculation that drove GameStop up by more than 400% in a single week in 2021. Of course, that likely doesn’t matter to those who are generating real profits and who are still searching for “cheap” cryptocurrencies. And this one could pay off in the coming year. In December 2021, Musk announced in a tweet that “Tesla will make some merch buyable with Doge and see how it goes.”

That said, dogecoin has been hit hard by the crypto sell-offs of the past few months. Whether it can continue to pull out of the slump remains to be seen, but plenty of investors see the dip as a buying opportunity rather than a sign of doom.

According to Coinbase, Chainlink is another Ethereum token that powers the Chainlink decentralized oracle network. This network is used to securely connect to external data sources, APIs and payment systems.

Chainlink describes itself as enabling real-world data and off-chain computation to expand the capabilities of smart contracts while maintaining the upsides of blockchain technology, namely its security and reliability guarantees. The chainlink price moves in fits and starts and currently sits at $15.49, down 57% year over year, giving investors a chance to buy cheap.

As a major player among decentralized exchanges, Uniswap automates the trading of decentralized finance tokens between coin holders, allowing anyone who holds coins to create a liquidity pool for any token pair they choose.

Although highly volatile, Uniswap has the advantage of having been an early player in the decentralized exchange space, U.S. News reported.

At just over $1.00, Cardano remains a very cheap cryptocurrency — even more so now, amid the cryptocurrency slump that knocked Cardano back from an all-time high of $3.10 in September 2021 to its current price — which is actually up slightly over the last month.

According to Coinbase, Cardano is a blockchain platform built on a proof-of-stake consensus protocol called Ouroboros, which can validate transactions without high energy costs. Development on Cardano uses the Haskell programming language. The symbol for the Cardano token, ADA, comes from the 19th-century mathematician, Ada Lovelace. According to its developers, Ouroboros allows the Cardano network’s decentralization and provides the ability to sustainably scale to global requirements without compromising security.

So far, Cardano has an impressive record. It has processed over 20 million transactions with no downtime, according to InvestorPlace, and it recently launched ADACash, a rewards token that gained 10,000 users in less than a month. Upcoming projects include a non-fungible token marketplace and an exchange for DeFi transactions. As of April 9, nearly 1,000 projects are now building on the Cardano blockchain, according to ZyCrypto.

Polygon is a decentralized application built on the Ethereum network as a way to expand Ethereum into a multi-chain system. Backed by Coinbase and Binance cryptocurrency exchanges, Polygon could be the solution developers need to deploy decentralized applications faster, more efficiently and less expensively, Benzinga noted, calling MATIC the most promising “layer two” token — that is, one built on an existing blockchain. All crypto investments are highly speculative, but it might be a good sign that MATIC showed resilience during an early December 2021 sell-off, surging 21% while other cryptos plummeted, U.S. News reported. It has corrected since then amid increasing competition, but analysts say Polygon is backed by a strong team and sound technology, which makes MATIC a good bet in the longer term.

Stellar is its own payment network, and it uses stellar lumens as its currency on that network. While the network can be used by anyone, it was envisioned to connect financial institutions making large transactions. On the Stellar network, these types of transactions can be done nearly instantaneously at little to no cost, unlike with traditional, or even competing blockchain, networks.

The price of stellar lumens has been highly volatile over the past year, but industry analysts expect XLM prices to see significant gains in 2022. Following a dip that affected most coins at the end of December 2021 and the beginning of 2022, XLM is again on the rise, growing over 14% in the last month. You can get a sense of where XLM might be headed by watching bitcoin — prices of the two cryptocurrencies often move in the same direction, according to InvestorPlace.

The Sandbox is a blockchain-based metaverse — a virtual game that uses a “play-to-earn” model that lets users create, buy, sell and collect digital assets. Pixowl created the game in 2011 to introduce blockchain to mainstream gaming, according to CoinMarketCap. Investors include Atari, Helix and CryptoKitties.

Decentraland is the token behind an Ethereum blockchain-based virtual reality game of the same name. Securities.io described Decentraland as a 3D virtual world where users buy land on which to develop and monetize content, buy goods and services and visit other properties. With a $3.96 billion market capitalization, this cryptocurrency project isn’t exactly child’s play. Although down from its November 2021 high of $5.48, MANA is still selling well above its $0.8155 price prior to that spike.

NEAR Protocol is a layer-one blockchain designed to be a community-operated cloud computing platform with faster transaction speeds, better output and increased interoperability compared to competing blockchains, according to CoinMarketCap. Although it lacks the maturity of some of this list’s other blockchains, the collective tasked with updating the initial code and releasing the updates aims to make a highly secure platform that can manage high-value assets like money and identity while providing functionality for “everyday people.” NEAR will roll out its own stablecoin, $USN, later this month.

A proof-of-stake mechanism called Doomslug secures the platform without driving up costs, and Nightshade technology splits up the blockchain’s transaction history to speed up processing, Benzinga reported. The project has the potential to reduce barriers to Web3 adoption — Web3 being the catchphrase for a blockchain-based internet.