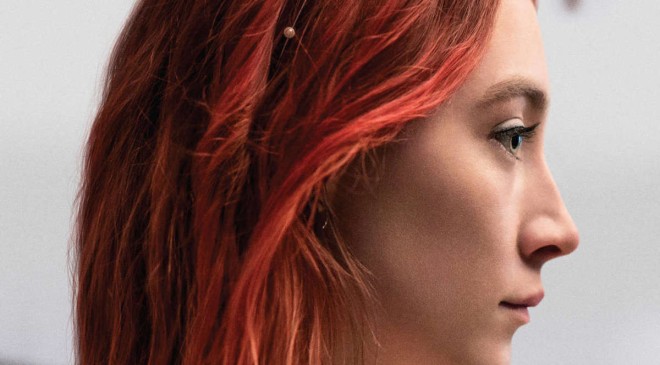 If asked to choose the best movie ever primarily set in Sacramento, we’re probably going with “Lady Bird.” Greta Gerwig got a big opportunity and made the most of it with a slice-of-life film about a girl coming of age. It’s funny, sharp, and heartwarming with an incredible cast to boot. Want to learn more about Gerwig’s triumphant movie? We’ve got 20 facts for you that you aren’t going to learn in any school.

It was a directorial debut

Great Gerwig started her career as an actor, and had co-written some films, including the breakthrough movie “Frances Ha.” She had also co-directed the “Mumblecore” movie “Nights and Weekends” with Joe Swanberg. However, “Lady Bird” is her solo directorial debut, and she also wrote the film solo as well.

The script was quite unwieldy at one point

Gerwig spent years writing the screenplay for the movie, which she originally titled “Mothers and Daughters.” All that time let her get a little overboard with the script. Her screenplay at one point had gotten bloated to about 350 pages. For a little context, the traditional rule of thumb is that one page of script equals one minute on screen. So yeah, that version of “Lady Bird” would have been almost six hours long.

The movie is (and isn’t) autobiographical

Gerwig set her coming-of-age film in her hometown of Sacramento, but she only calls the movie “semi-autobiographical.” While Gerwig said that nothing in the film literally happened to her, everything had a “core of truth” that stemmed from her personal experiences growing up.

Gerwig turned to her past to help her cast

In order to help her cast get into character, Gerwig did some show and tell. She took them on a tour of Sacramento but went beyond that. The director busted out her old high school yearbooks and journals and gave them to the cast for reference as well.

Gerwig and Ronan both had films at the Toronto International Film Festival in 2015 and met to discuss the movie. The two read through Gerwig’s script, and according to the director, she knew Ronan was right for the role of Lady Bird by the second page.

One actor got their choice of roles

After having Ronan cast, Gerwig met with Lucas Hedges. She offered him a chance to pick from any of the male roles in the film (although we imagine if he had chosen Lady Bird’s dad Gerwig would have asked from to make another choice). In the end, he went with the role of Danny.

Hedges took the role of Danny, leaving the role of Kyle open for Timothee Chalamet. Ronan and Gerwig must have both enjoyed working with him. In Gerwig’s “Lady Bird” follow up “Little Women,” Ronan and Chalamet are cast opposite one another again as tumultuous romantic interests for one another.

While the film is set in Sacramento, and some external shots were done there, filming was not primarily done in California’s capital. In fact “Lady Bird” only spent a week shooting in Sacramento. Most of the movie was actually shot in Los Angeles.

In addition to dying her hair red to play Lady Bird, Ronan did not wear makeup to cover up any blemishes on her face. Her explanation was that she wanted her teenage character’s face to actually look like a teenager’s face. Granted, Ronan was in her twenties already when filming the movie, but her premise remains sound.

Gerwig was quite prepared

In addition to banning cell phones on set, Gerwig went to lengths to make sure her cast and crew were comfortable with her work, even as a debuting solo director. She arrived to set an hour before anybody else, allowing everybody to know that she was prepared for the day and that the shooting was going to move smoothly.

The director also dressed up for one section of the film

Though she wasn’t on screen, Gerwig got in on the action for the prom scenes. Much like the characters in the film, Gerwig wore a prom dress while filming all the prom stuff for her movie.

Ronan and Beanie Feldstein helped each other out

Feldstein grew up Jewish, so playing a Catholic school girl was a departure from her reality. Ronan had grown up Irish Catholic, though, so she helped Feldstein with all the prayers in the film. Meanwhile, Feldstein reciprocated by teaching Ronan the “Pledge of Allegiance” for the film, as Ronan had never heard it before.

Looking for inspiration for filming American high school scenes, Ronan tapped into memories from her childhood. Namely, from watching “Saved by the Bell.” Of course, if you want to see a realistic high school experience, “Saved by the Bell” is perhaps not the best choice. Well, unless at your school you had an underground spaghetti sauce company.

You might not know it from watching the film, but Ronan is Irish, and her natural speaking voice has an Irish brogue to it. Ronan largely could handle her American accent, but there was apparently one word that kept her from giving a flawless accent performance. Fittingly enough, that word was “perfect.”

The music in “Lady Bird” plays some key roles, specifically the Dave Matthews Band song “Crash Into Me.” In order to secure music rights on a tight budget, Gerwig personally wrote letters to the likes of Alanis Morissette, Justin Timberlake, and, yes, Dave Matthews. The letters were actually published and Matthews said he quite enjoyed the use of “Crash Into Me” in the film.

Both Laurie Metcalf and Tracy Letts do excellent work as Lady Bird’s mother and father, but the two also have a lot of ties to theater. Letts won a Tony Award for his play “August: Osage County” and another one for acting in “Who’s Afraid of Virginia Woolf?.” Metcalf, meanwhile, is one of the founders of Chicago’s famed Steppenwolf Theater and has won two Tonys herself. Gerwig has actually said that she cast Metcalf based on her stage work.

It was a box office and critical success

Off of a budget of $10 million, “Lady Bird” made $79 million. However, it’s the critical success that was most notable. In fact, the movie set a Rotten Tomatoes record. “Toy Story 2” had a record of getting 163 “fresh” reviews on the site without a negative review. “Lady Bird” beat that with its 164th positive review. In fact, it stayed at a 100% rating on Rotten Tomatoes through 196 reviews before it finally got its first negative review.

The Oscars gave it a few nominations

The Academy Award voters were fans of “Lady Bird.” It received five nominations, all for major awards. Metcalf and Ronan were nominated for acting awards, Gerwig was nominated for screenplay and director, and it got a Best Picture nomination as well. Unfortunately, the movie didn’t get a single win.

Sacramento was still proud of Gerwig, though

Billboards were erected in the city of Sacramento to congratulate Gerwig on her movie’s success. In fact, since “Lady Bird” came out there have also been walking tours of the city that show spots featured in the film. Good thing the movie spent that one week filming there.

Gerwig wants to revisit the world of “Lady Bird”

Gerwig may not be done with the world of “Lady Bird,” or at least the world of Sacramento. She had said she’s like to make four films about Sacramento, making for three “spiritual successors” to her breakout solo directing debut.